Numbering only 44 personnel currently the elite unit will eventually grow to battalion strength in the near future. Though they operate under the DMP they can be called to perform their duties in any part of Bangladesh.

They are considered to be the most highly trained and best equipped SWAT/counter-terrorism unit in the South Asian region according to their American trainers.
The force is based in the Detective Branch Headquarters located in Minto Road, Dhaka.

Basic training for the DMP SWAT personnel is conducted locally in Dhaka and Tangail. SWAT members are sent to the North Carolina based Blackwater Training Academy, United States for six weeks advanced training after completion of the basic local training. US agencies such as the FBI, US Police and US Army provide training locally also.

In addition DMP SWAT has trained with a South Korean counter-terrorist unit too.

Usually SWAT members are transported by soft skin Toyota Hilux utility vehicles. Command vehicles and APCs are also used during operations. There are plans to procure Humvees as well.

Police helicopters provide air transportation for SWAT for operations and aerial insertions via rappelling or fast-roping. 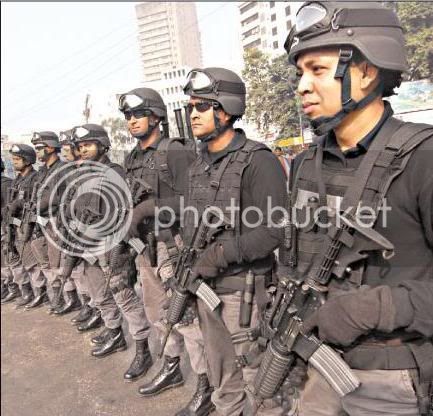 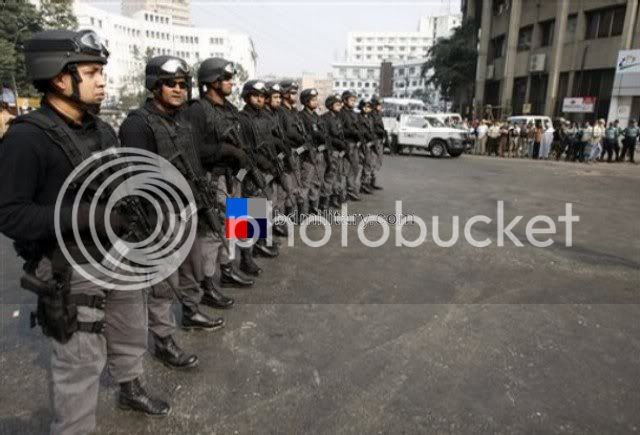 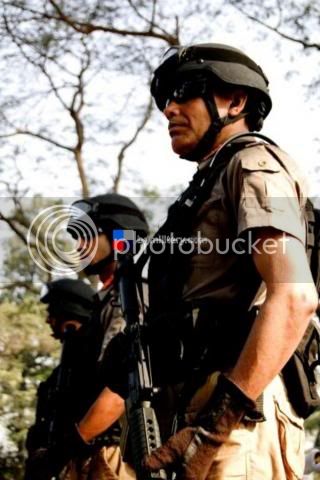 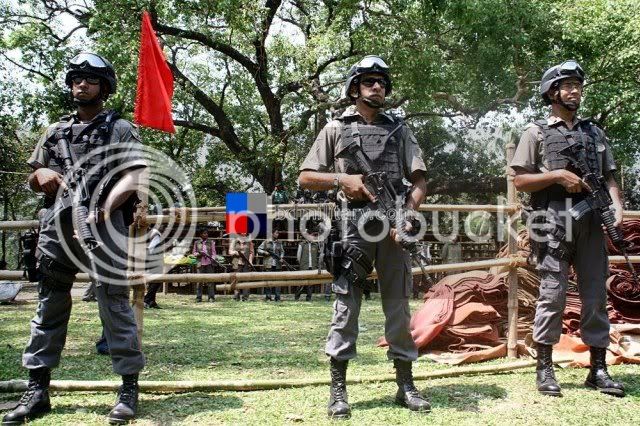 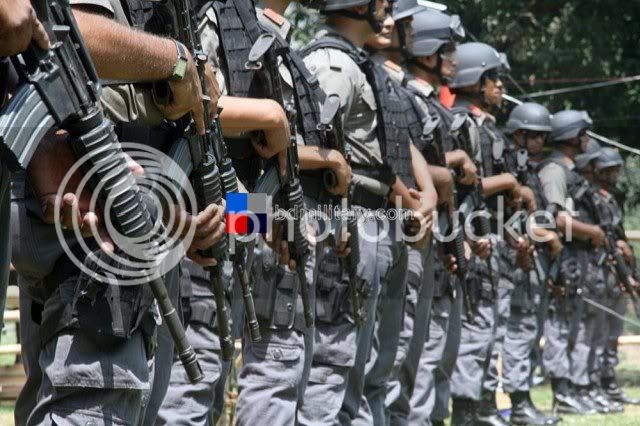 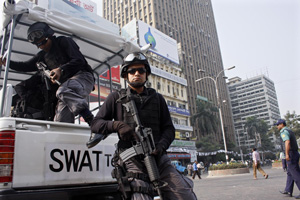 Make an intro thread.
At last I am not the only Bangladeshi here.

i thing in picture they look like elite special forces of they western countries.it seems the americans have found a new customer in bangladesh (apart from pakistan of course)training and equipments (which according to them
"best" in the world).during the cold war america trained pakistani sp the best in the world ecial forces ssg which thet claimed to be among the best in the world who suffered humiliating defeat in the hands of regular indian
infantry soldiers whwn para dropped on indian territories in 1965 and also in 1987 in siachen under musharaf .