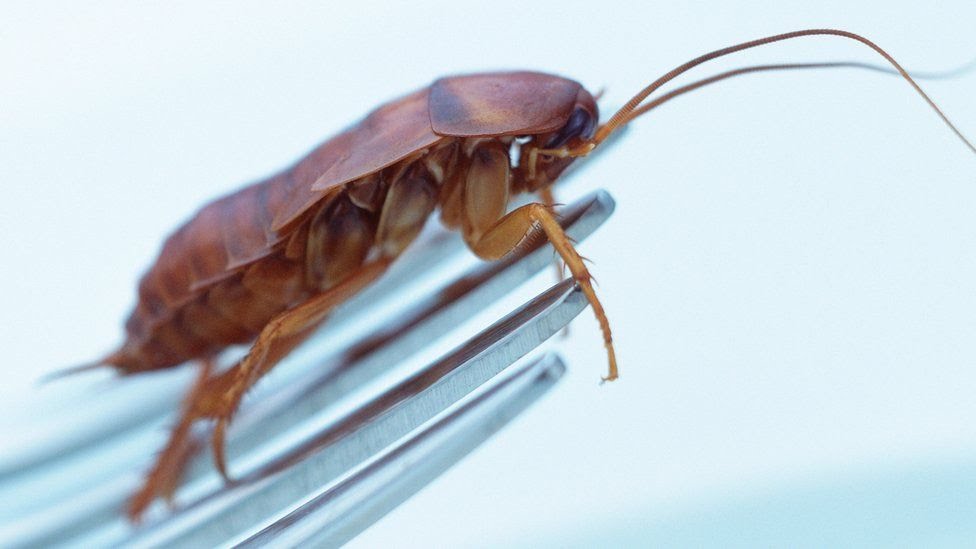 Police took action after videos emerged showing workers being whipped with a belt and drinking a yellow liquid.

Social media posts alleged staff were also told to eat cockroaches if they did not meet targets.

Three managers were jailed for five and 10 days over the incident, the South China Morning Post reports.

A widely-shared video posted on Chinese social media site Weibo shows a male employee standing in the middle of a circle, getting whipped with a belt. 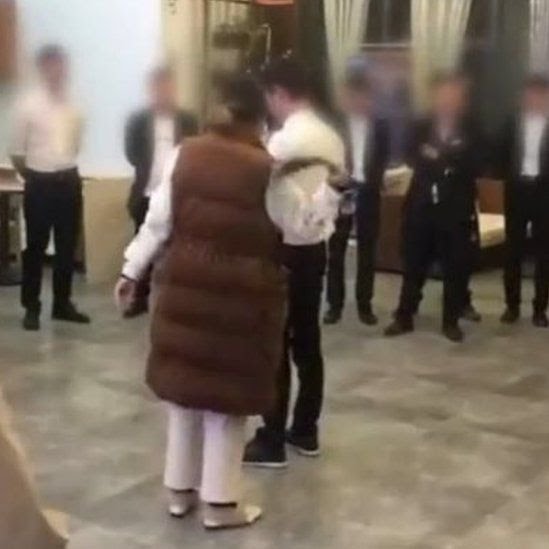 Other staff, said to be employees of the home renovation company in the city of Guizhou, can be seen drinking yellow liquid from plastic cups while holding their noses.

Screenshots of what were said to be messages from the managers threaten staff that they will have to eat cockroaches for poor performances.

According to media reports, other forms of shaming and punishment at the firm have included drinking toilet water or vinegar and getting their head shaved. 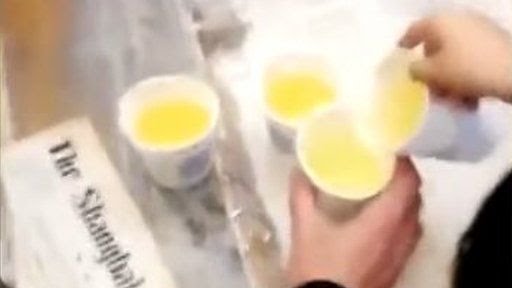 Image captionSocial media post said the yellow liquid was urine
The company had reportedly failed to pay their employees' salary for the past two months and staff was scared to speak up fearing they would lose the pay if they'd quit.

Police in Zunyi county police arrested three managers and they were later sentenced to jail time.

It's the latest in a string of cases of Chinese firms employing unusual measures to punish, shame or encourage their staff.

Previous reports have alleged cases of employees slapping each other at a company event to boost motivation, and staff forced to crawl on a public road or kiss rubbish bins as a punishment or for team building.
https://www.google.co.in/amp/s/www.bbc.com/news/amp/world-asia-china-46120627

@nimo_cn@[email protected] smoking and all Chinamen comments please before your emperor 11 jumping pig aka Winnie the pooh makes you drinkurine and coackroches and kiss his ass is rubbish bin....:biggrin2::biggrin2::biggrin2: