The development comes after Taiwan scrambled warplanes late last month to "drive away" two Chinese fighter jets which it said flew past a maritime border in the Taiwan Strait.

The Chinese navy warned off a French warship which entered the Taiwan Strait earlier this month, Beijing said on Thursday, adding that it had submitted an official protest to Paris over the move.

This comes after Taiwan's Ministry of National Defence (MND) said earlier this month that two Chinese J-11 fighter jets had crossed the Taiwan Strait's "median line" on 31 March, prompting Taipei to scramble several aircraft in order to intercept the warplanes.

Also, the 7 April French warship incident comes amid regular passages by US Navy ships through the strategic waterway. In late March, the US Navy's Seventh Fleet said in a statement that they had sent the naval destroyer USS Curtis Wilbur and the Coast Guard cutter Bertholf through the Taiwan Strait.

Beijing made a representation to Washington over the US warships’ passage, Chinese Foreign Ministry spokesman Geng Shuang said.

He added that Beijing urges the US to “honour the ‘One China’ policy and three joint Chinese-US communiques [on the issue] and be prudent about the Taiwan issue in order to avoid the deterioration of Beijing-Washington relations and damage to peace and stability in the Taiwan Strait.”

The US has stepped up patrol missions in the Taiwan Strait since summer 2018. In late January 2019, Washington sent the guided-missile destroyer USS McCampbell and the fleet replenishment oiler USNS Walter S. Diehl there in order to "demonstrate the US commitment to a free and open Indo-Pacific", as US Pacific Fleet spokesman Lt. Cmdr. Tim Gorman commented in a statement.

The passage of US warships takes place amid ongoing tensions between Washington and Beijing as the two remain engaged in the process of negotiating a trade deal.

The Taiwan Strait divides Taiwan from mainland China. Beijing considers Taiwan to be part of a united China. Relations between the two sides were cut in 1949 after the remnants of Chiang Kai-shek's forces fled to the island following their defeat on the mainland. Ties were partially restored in the 1980s. 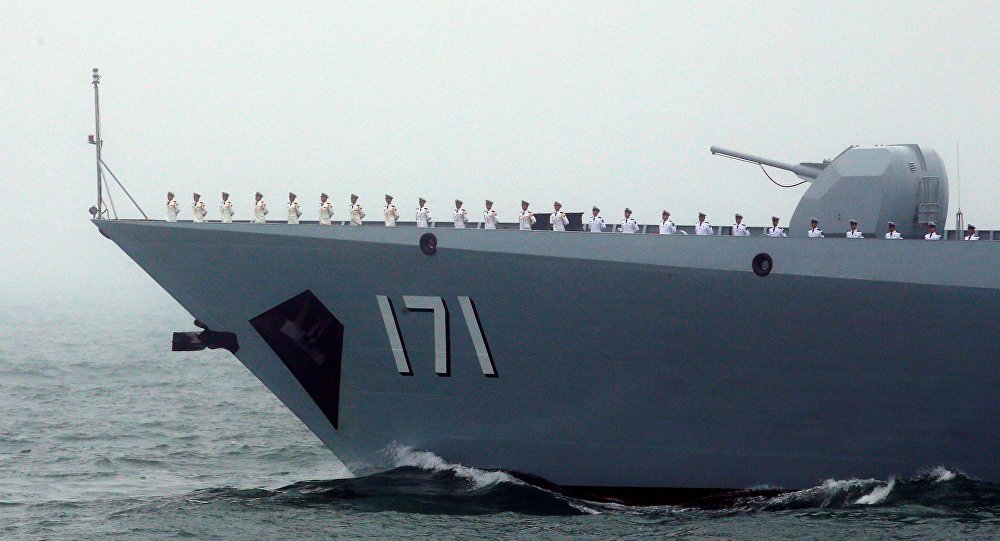 Nothing was warned off, she completed the transit without incident. The ship was invited to the 70th anniversary of the PLAN in Qingdao and China is going to cry like a little baby after they invited us.

The invitation was cancelled. Somehow the ship was not welcome anymore.
Should have sent a stealthy Lafayette class instead, just to see if Chinese could intercept it hehe.

Tactical Frog said:
The invitation was cancelled. Somehow the ship was not welcome anymore.
Should have sent a stealthy Lafayette class instead, just to see if Chinese could intercept it hehe.
Click to expand...

All ships at the parade were stealthy as a thick coat of smog ruined the event. Supreme Leader Xi was not happy.