Didn't find any book specific thread so created one. I am just getting into reading habit. I have created the thread in advance so I don't forget it later. Reading Tarek Fateh's (a self described Indian born in Karachi, Pakistan) "Chasing A Mirage" right now. Ordering Ishtiaq Ahmed's "Jinnah: His Successes, Failures and Role in History". I'll give my review when I read enough. You guys post the ones you have read.

Is there any ebook available of At The Forward Edge of Battle by Major General Syed Ali Hamid?
V 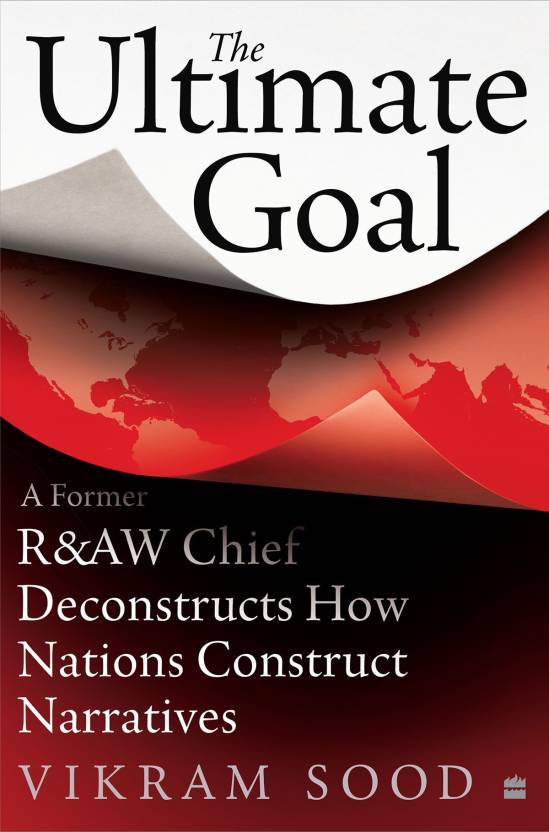 I have only read the introduction and I find it a good book for the non-political youth and for beginners. The book targets the young readers of India, though it's decent book for all age groups. Written by India's former R&AW intelligence chief, Vikram, Sood explaining how the world system works behind the scenes. How all the leading powers try to influence and achieve superiority and dominate each other. How narratives are built and propagated to dominate and destroy the nations within. Mr. Sood encouraging the Indians to build their own narrative suited to them rather than being held hostage by the western built narratives.

Purchase on Flipkart or Amazon.


jamwal said:
Is there any ebook available of At The Forward Edge of Battle by Major General Syed Ali Hamid?
Click to expand...

He appears to be Flickr, might try asking him. Probably inactive I think. Hard Covers are available at Amazon.in.
V 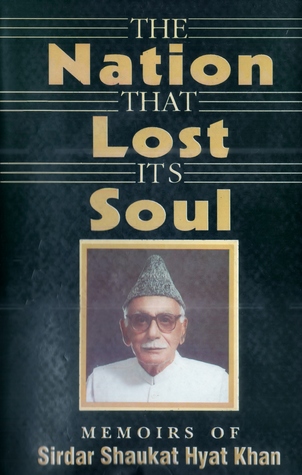 Google Books
The book (memoir) written by Shaukat Hyat Khan, who served in the British Indian Army, then joined politics in Pakistan, however, seeing hopelessness of the future of Pakistan due to greedy generals and politicians; resigned from politics after Bangladesh's independence and died in 1998, a follower of Jinnah and Iqbal. Not an enlightened man with great intellectual (rather a man of contradiction) but with decent morals and ethics he couldn't uphold (he thinks he did though). It does however allows us to learn a little about the politics which caused the idea of two-nation theory to aggravate and lead to India's division. That Jinnah' wasn't opposed to idea of united India but his condition was there has to be a separate muslim state which may later be resolved by dialogue with what he considered Indian National Congress's Politics of Hinduised India dominating their former masters (muslims).

Here in India, it is generally thought that British conspired with Muslims (Jinnah) to partition India which led to division, there (in Pakistan), they seem convinced that it is British who conspired with bigoted Hindus to rule the supposed once mighty rulers of India.

I would suggest the non-abrahmic Indians to read the memoir, it would allow them some insight into Pakistanis mindset that has been ingrained into Pakistani minds as well as many Indian muslim civilians brains that prevents them from learning, integrating and progressive with non-muslims. Now obviously their fake history and contradictory theories is one major hurdle in peace between two states which is primarily hindered by Pakistan's rogue military's control who wouldn't allow media censorship in Pak and the politicians who are afraid of the army that is legally under its command.


Quote from the memoir:
Jiinnah explaining to Shaukat why the division was necessary,

He explained the history of the Muslims in India; how
the rulers of the country had been, literally, reduced to being hewers of
wood and carriers of water by a design of the British Imperialists with the
collaboration of the bigoted Hindu majority.

He went on to say that if I needed any proof I had only to go into the streets of Delhi, where I could
see the Moghal princes working as laborers, carrying loads of vegetables
on their heads; go a little further and 1 would see a water carrier.
Question him and he would reply that he was the direct descendent of the
Mughal Emperor. At this moment the secretary came in to signal that my
time was up but the Quaid sent him away and told him that he would see
no other visitor that day except me.

Then the Quaid went on to explain that he had been an ardent Nationalist
all his life and, as such, had worked with the Hindus in the Indian
National Congress, but he was completely disillusioned after decades of
co-operation with them.

He had found the best among them, when
scratched, were basically narrow-minded Hindus. To them, freedom meant
the ’Ram Raj’ of the Hindus and the complete subjugation of the Muslim
minority. He had, therefore, been forced to demand a separate homeland
for the Muslims in order to save them from being obliterated completely
through sheer weight of numbers.
Click to expand...

Villager said:
He had found the best among them, when
scratched, were basically narrow-minded Hindus.
Click to expand...

This shows why muslims are among the most stupid and backward people on Earth. They have met the best people on Earth and when scratched, were basically narrow minded Kafirs. That's ultimate undeabatable wisdom recieved to every wise ass that converts to Islam. Good thing BR Ambedkar didn't try it.

Price has always been 3000 or more. Don't want to spend so much for something written by a pakistani armyman
You must log in or register to reply here.
Similar threads
Book Review - The Duel, Interesting Revelations by Tariq Ali
Ashdoc's movie review---The jungle book
Book Review- House of Debt
Book Review: Kill Anything That Moves
Share:
Facebook Twitter Reddit WhatsApp Link