I don't know why I go to all this trouble to do a big post like this, because no one ever comments and if they finally do it's like getting blood out of a stone.

It takes about ten to fifteen minutes to download every pic with 'Printscreen' software, then trim every one with my Fuji camera software. Then they all have to be individually loaded into 'Photobucket' and finally transferred laboriously on the forum. Laboriously because there are quirks between the link that have to be over come.

Why do I do it? Because this is a military forum, these are military aircraft, it is my duty as a member of this forum to do my best for the forum, and finally I like to share any stuff I have with others.

U.S. Air Force's announcement on Thursday said that a Missouri
National Guard F-15 jet broke apart in midair and the pilot
evacuated the plane safely. The breakup in mid air was blamed on parts that didn't meet specifications.
Note the canopy shattering with a charge before the evacuation by ejector seat. 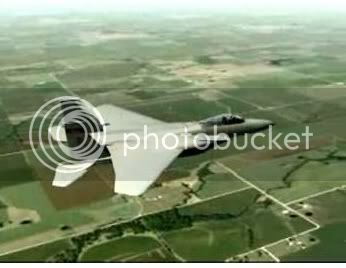 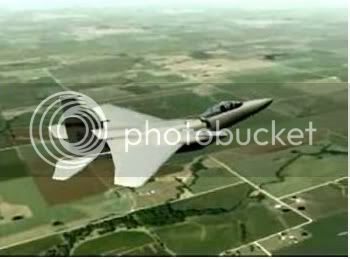 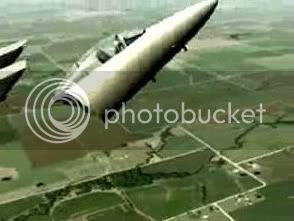 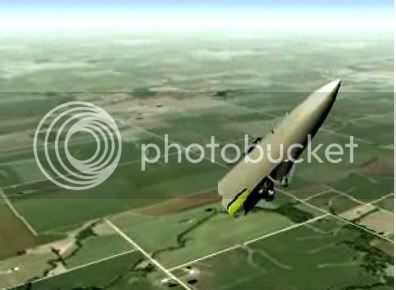 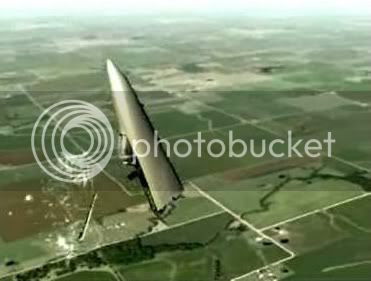 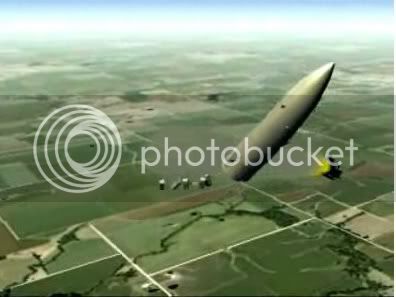 That seemed like a computer graphic rather than a real picture.
S

[sigh] Although a minor negative answer, it is a big step in the right direction for me to get an answer at all. I think I am getting better at posting to get an answer this fast.
[What was that Su-47?]
The photos don't look real Known because of what I said. The transposition from the original slide show, via Printscreen, via Fuji camera software, via Photobucket via IDF, has given the pictures an unreal, used look.

Unfortunately the Webmaster here tells me that there isn't a way of putting a Powerpoint slide show on the forum, otherwise I would do that to save all the work.

That rant at the beginning of your first post "inspired" me to answer.

But you don't have to do all that. Print Screen, then go to Paint, and click Paste. Save as image. Done.

Btw, you do know that you can upload images from your PC to the forum, right? No need for photobucket.
S

No my rant has to stand because I am using photobucket to minimize the band width
and it's Photobucket not Photoshop.

However it is a pity that your inspiration only came from that, as if you know what to do you should be doing it yourself. That is what the forum is for. Posting about the military.
S

And don't worry about lack of replies. keep those pics coming. W all enjoy it. Its just that sometimes for some pics a comment is not needed. The pic is awesome enough without anyone having to say "Great pic" all the time.

These are Photoshoped images. It was probably part of some animation to explain how it broke apart.

Do we have any news from the USAF regarding this?
S

jackprince said:
These are Photoshoped images. It was probably part of some animation to explain how it broke apart.
Click to expand...

Who cares? It happened and I simply reported it on the forum for everyone and the work it took was the same whether it was a mock up or real. It depicted the problem with aging fighter planes built in the seventies.
S

Yusuf said:
Do we have any news from the USAF regarding this?
Click to expand...

Following the crash of a Missouri Air National Guard F-15C aircraft, the US Air Force suspended non-mission critical F-15 flight operations on Nov 3/07. While the cause of that accident is still under investigation, preliminary findings indicate that a structural failure during flight may have been responsible. In response, Japan suspended its own F-15 flights, which left them in a bit of a bind – even as Israel’s F-15s joined them on the tarmac. As the effects continue to spread and the USAF and others continue to comment on this situation, DID continues to expand its coverage of this bellwether event. A conditional restoration of the American F-15A-D fleet to flight status was soon overturned by the re-grounding of that fleet as a result of the report’s conclusions – a status that remains only been partially lifted. Meanwhile, the accident report has been released (compete with video dramatization) and the status of the remaining aircraft will have significant implications for the USAF’s future F-15 fleet size. Not to mention its other procurement programs.

The F-15A reached initial operational capability for the US Air Force in September 1975, and approximately 670 F-15s remain in the USAF’s inventory. Current F-15 flying locations include bases in the continental United States, Alaska, England, Hawaii, Japan and the Middle East, and the aircraft are active on the Iraqi and Afghan fronts. The Missouri Air National Guard F-15C that crashed was built in 1980.

“I worry about the health of our aging fleet and how sometimes it is not well understood by those our Airmen protect… The investigation will get to the cause of the accident.”

USAF Chief of Staff Michael Moseley was even more specific in an Oct 30/07 interview with GovExec.com:

“The F-15s and F-16s were designed and built in the late ‘60s and ‘70s. Some of them were produced up until the early ‘80s. But they’ve led a pretty hard life of 17 years of combat. So you have to replace them with something, because we were continuing to restrict the airplanes. In the F-15 case, we’ve got the airplane restricted to 1.5 Mach. It was designed to be a 2.5 Mach airplane. We’ve got it limited on maneuvering restrictions because we’ve had tail cracks, fuselage cracks, cracks in the wings. The problem with that is – and Mike Wynne uses this analogy – it’s almost like going to the Indy 500 race practicing all the way up until Memorial Day at 60 miles an hour, and then on game day, accelerating the car out to 200 miles an hour. It’s not the time to be doing that on game day.

So in our training models and in our scenarios, we’re limiting these airplanes because they’re restricted and getting old. So there’s two parts to the recapitalization of the fighter inventory. The first part is the existing stuff is old and it’s getting broke, and it’s getting harder to get it out of depot on time. And our availability rates and our in-commission rates are going down. The ability to generate the sorties on those old airplanes is in the wrong direction.”
You must log in or register to reply here.
Similar threads
BREAKING- Taliban attack on Pakistani army posts.
MoU on China-Bhutan boundary talks 'breaks deadlock caused by India, paves way for diplomatic ties'
“Break a hole” on the flight deck of the Chinese aircraft carrier Shandong? Experts judge like this… | China | Newtalk
BREAKING: Live updates: Trump says he and First Lady have tested positive for the coronavirus
Share:
Facebook Twitter Reddit WhatsApp Link