At least nine people were killed and 15 others injured in a suicide blast near the Arfa Karim IT Tower on Lahore's Ferozepur Road on Monday afternoon, police officials said.

SP Imran Awan confirmed that more than nine bodies have been shifted to the hospital. At least three of the deceased people are policemen, he added.

According to Awan, an anti-encroachment drive by Lahore Development Authority was underway in the area when the explosion took place. The anti-riot police officials were deployed for the drive. 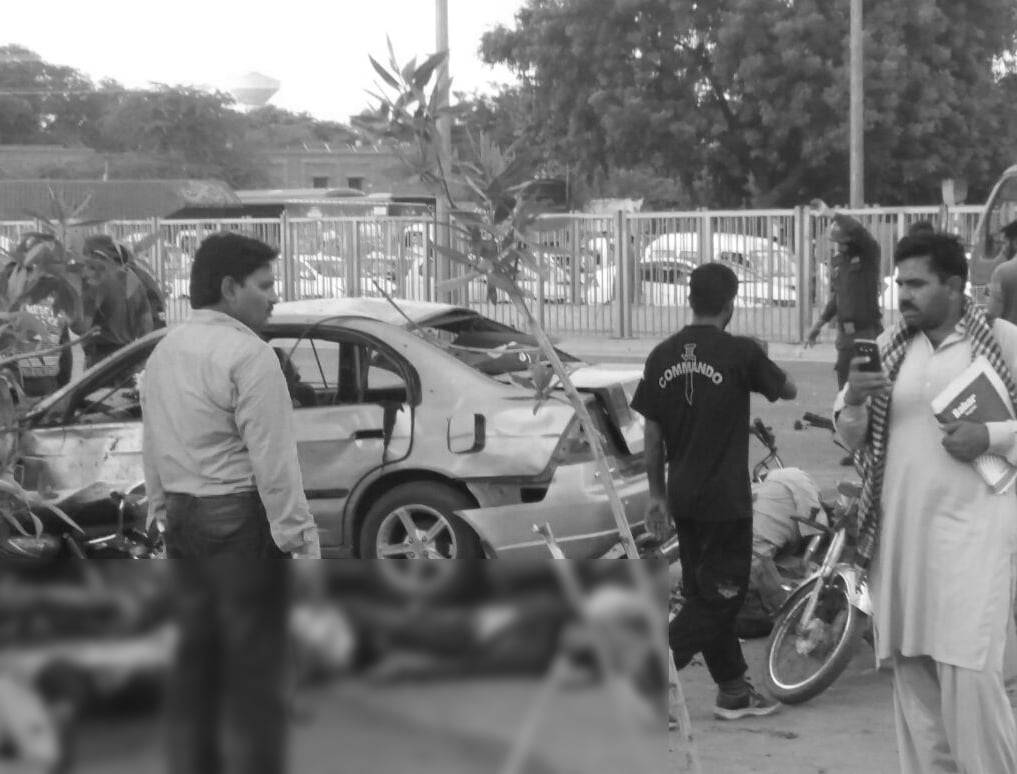 The injured include six policemen. Rescue 1122 teams have shifted them to nearby hospitals where emergency has been imposed.

Police and other law enforcement personnel have reached the site of the incident and cordoned off the area. Forensics teams have started collecting evidence from the blast site, after which the nature of explosion will be confirmed.

The area where the explosion occurred is a busy locality near the office of Punjab chief minister.

Two vehicles, including one motorcycle, have reportedly been damaged in the incident
You must log in or register to reply here.
Similar threads
11 killed in blast near IGP office in Quetta
Indian police investigate blasts that killed six near nuclear plant
2 Pak high Ranked Army officers killed in blast near Afghan border
8 killed, 40 injured in blast near ANP's office in Karachi.
Share:
Facebook Twitter Reddit WhatsApp Link