This is Part 1 of a two part series on Operation Jackpot. Part 2 can be found here

Operation Jackpot was a Bangladeshi naval commando operation, the objective was to take on Naval Special Service Group of the Pakistani Navy. 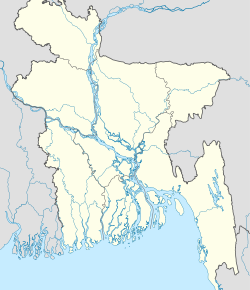 Nine crewmen decided to take control of the submarine PNS Mangro (which was commissioned first on 5th August, 1970) . However, their plan was disclosed causing them to flee from death threats made by Pakistan’s Naval Intelligence. Out of the 9 crewmen, one was killed by Pakistan Naval Intelligence, but the others managed to travel to the Indian Embassy in Geneva, Switzerland. From Geneva, embassy officials brought them to New Delhi on April 9, 1971 where they began a program of top-secret naval training.

After initial training in Delhi under commander Sharma and Brg. Gupta, from April 25 to May 15,1971, the 8 Bangladeshi submariners started recruiting volunteers from different Mukti Bahini reception camps to form a strong naval commando unit with help of Indian Navy.

Simultaneously, Indian Commander Bhattacharyya, Major Jalil and Colonel M. A. G. Osmani in collaboration with top regional commanders established a secret camp codenamed C2P, in Plassey. Meanwhile, the Mukti Bahini launched several operations in Satkhira, Tangail and Barisal. Guerrilla attacks were carried out on targets in Dhaka by a crack commando group trained by Major ATM Haider (ex-SSG commando of Pakistan Army), and the simultaneous mining and damaging of ships in Chittagong, Mongla, Chandpur, and Narayanganj on August 15,1971 . This became known in international media as “Operation Jackpot”.

By the last week of May, 1971 the volunteers joined the Plassey Camp for training. Initially only 300 volunteers were chosen. Later, an additional 200 commandos were trained in the Plassey training camp. The Camp Commander at C2P was Commander M. N. Samanth, MVC. Training Coordinator was Lt. Commander G. Martis, VrC, NM; both from the Indian Navy.

There were 20 Indian Navy instructors which included:

India and Bangladesh Military high command gave an extra importance to the Naval Commando Operation. Special care were taken on training. The naval commandos received the best food and military rations compared to the other Mukti Bahini.They were given extra allowances shared same medical facilities as the Indian Navy. 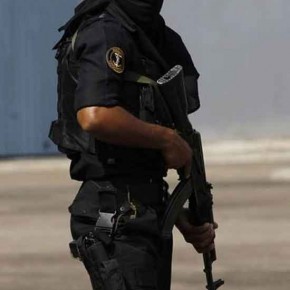 The naval commando training camp was often inspected by Chief of Indian Naval Staff Admiral Nanda, Commander of Armed Forces of Bangladesh Col.M.A.G.Osmani and Commander of Eastern Theatre Lt.Gen.G.S.Aurora. During these inspections, officers personally talked with trainee commandos and asked about their training development and discussed their personal and social problems .

In a discussion on 15th June, 1971 at Plassey with trainee commandos, Admiral Nanda said that "Our aim is not only to destroy the ships in ports but also create an international opinion that foreign ships are not secured in East-Pakistan sea port, so once are successful in our operation foreign countries will not send their ships and supply to East Pakistan ports".

The second target was to destroy ships as well to cut the cable by which ships are berthed with anchorage post. If the cables are demolished in the mined ships, then the power of the tide shall push the ship to sink horizontally in a port and if few ships sink in a port horizontally ,then the ports will be damaged for years together. Due to this particular reason, necessary training was given to the commandos as to how to put a cable cutting charge on a berthed ship. The instructors made it very clear to the trainees that ships are to be mined as well as the cables demolished along with the ships.

The training programme was almost 15 to 18 hours daily . The course included swimming, night swimming, survival training, under water demolition, night demolition, object demolition training with strong foundation like bridge or big building, using limpet mines on ship like objects, hand to hand combat etc. During training commandos were divided into 8 Grades according to their training results. The best commandos were in Grade A and as per the training result they were posted till Grade H. The commandos were selected for operation not only based on their results but also on their origin of home district. Information on river tides, weather and East Pakistan naval infrastructure and deployment was collected through the Indian Military report and Mukti Bahini. Selected commandos were sent from C2P to forward bases in Tripura and West Bengal, where a final briefing was given to them.

By mid-July 1971, the first batch of commandos were ready for operation.

On 27th July at around 1-30 P.M, the Commandos arrived in Port Canning Matler where 200 C and C Specially trained land commandos were per-stationed. The purpose of the land commands was to give the Naval commandos support and help them navigate through Sundarban forest to Mongla port. The commandos were stationed by the side of a small canal. There were 24 tents and 15 country boats for the commandos. Naval commandos who from Plassey were given 5 tents in front.

The C&C Commando group was leaded by Mr.Raja (an Ex-Chief Petty Officer of Pakistan Navy) and Mr.Khijir. The navigator was Mr.Afzal who knew the river route from port canning Matler to Mongla port . There was approximately a platoon of the Dogra Regiment which consisted of a Major,2 Captain and 3 Lieutenant who were present at port canning Matler to receive both the commando groups. The officers informed the incoming commandos that Lt.Gen. J.S.Aurora and Brig Gen Salik, brigade commander of Barackpur Cantonment, and other high-ranking officers arrive soon.

At about 3-30 P.M.two helicopters carrying Lt.Gen.G.S.Aurora, Brig.Gen.Salik and two other Colonels along with the RD of Calcutta Radio arrived at Port Canning Matler. The Officers took their seats and started a discussion. The whole area was surrounded by the Dogra Regiment who were about 300 meters away from the main site.

At about 3-45 Naval Commando No 0069, Aminur Rahman Khosru was called He was the only Bangladeshi commando who was present in that meeting. 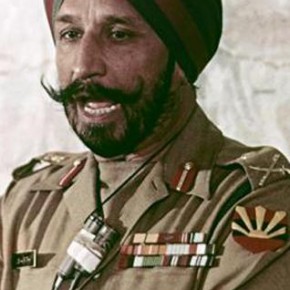 of the meeting Aminur Rahman Khosru was introduced to all officers present there. Lt.Gen.G.S.Aurora asked his ADC to give the Operation file. Apart from operational details, the file contained instructions on certain songs which were to be played for propaganda purposes. RD of Calcutta Radio would be playing the songs

The was song (referred to as the 'warning' song) , voiced by Alpona Bhandhopadhay. It began with “Amar Putul Lokkhi Putul Ajke Prothom Jabe Shushur Bari“

The Second song (referred to as the 'action' song) , voiced by Ponkoj Mollick. The lyrics started with "Ami Suniechelam Tomai je Gan”. It was briefed to commander Rahman that the songs will be played from Calcutta Radio Centre B in a regular programme for eastern listeners from morning 6 am to 6-30 am or/and night 10-30 pm to 11.00 pm. First the warning song will be played and with in 48 hours of playing warning song, action song will be played through the same programme and in those scheduled time.

Lt.Gen.Aurora categorically assured Rahman that these two songs will be only played during the time of operation and it will not be played even at the request of Prime Minister Mrs.Indra Gandhi. He then asked a question Rahman "Commander, suppose the warning is played and if for unavoidable circumstances the action song can not be played. What you are going to do at that time?”

Commando Rahman replied "in the Armed Forces we do not believe in suppose business sir, we only obey a command, it means you will play the song and we will do the operation" .Lt.Gen.G.S.Aurora was very much pleased and said "I am sure commander you can do the job successfully”.

Rahman was then briefed by Lt.Gen.Aurora. He was to reach Mongla port with in 12.00 pm during the operation night and finish the operation with in 2.am under all circumstances. Any early or late operation put them at great risk. Mr.Raja was chosen as the 2nd in Command of the operation from C&C Commandos.

Lt.Gen.G.S.Aurora gave a short speech, addressing the commandos and briefly described the possible effect of the operation . He said after his departure all necessary equipment will be handed over to commandos by the platoon Commander of Dogra Regiment. He wished the success of Operation and the safe return of all commandos to India.

The operational briefing and command giving meeting was dismissed at 16.15 P.M. Lt.Gen.G.S.Aurora and officers left Port Canning Matler at about 16-30P.M.

Arms and ammunition supplied for the operation:

Commandos received the following equipment from the Dogra regiment:

60 limpet mines each with one hour delay.

Compass and Maps for navigation