US Navy's Role in the Arctic 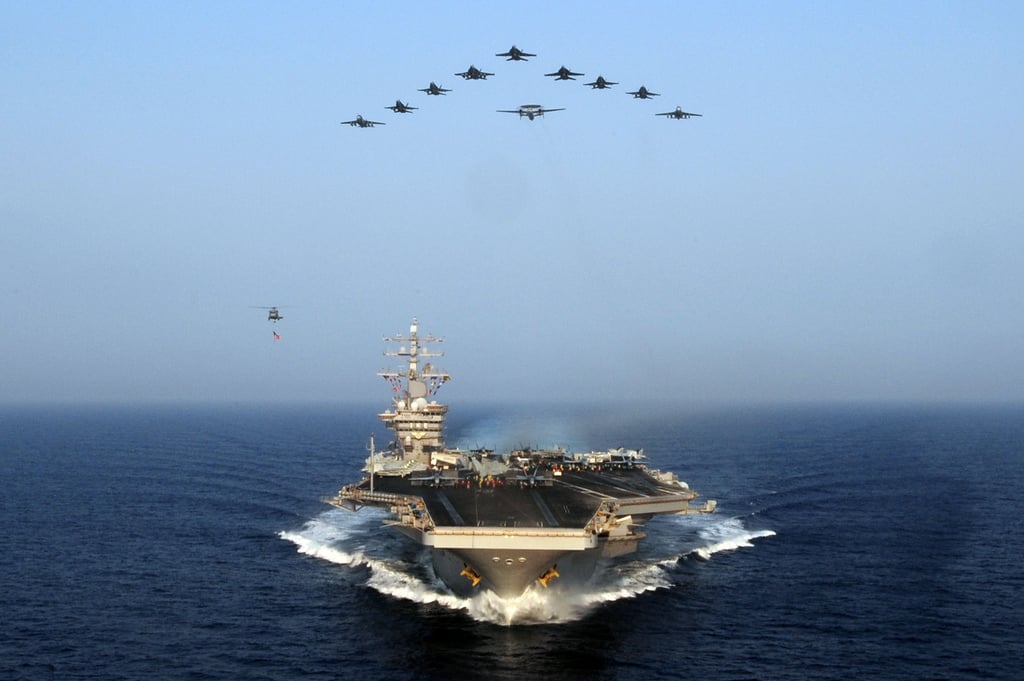 Due to the geographical conditions, it is the US Navy which plays the most important role in shaping US military presence in the Arctic. Its task is to protect US strategic interests in this part of the World and to preserve peace and stability throughout the whole Arctic Ocean, despite tense events, which may take place.

In order to fulfill those tasks, USN will have to use an extensive set of tools, among which the most important will be: increasing its military presence in the region, by sending more ships on Arctic patrols (both surface and subsurface), provide them with adequate means of preserving US interests in the region, especially in terms of maritime awareness. No less of importance will be political and military cooperation with other regional states, especially those within NATO (Canada, Denmark, Norway), both in terms of situational awareness (in case of any accidents which may happen on the sea or in the air) and maintenance of the freedom of the [Arctic] seas as well as preventing any harm done by human activity to the ecosystem of the region.

The process of extending US naval presence in the Arctic will take time. It will also evolve in time, hence to the changing geopolitical conditions in the region. The way in which it will evolve, will depend on the role, this region will play in US economic development strategy as well as the scale of political-military crisis, which may occur in other parts of the World.

US Navy is the naval service branch of the US armed forces. It counts for 323.5 thousand active duty soldiers, as well as 109 thousand left in reserve. It has 283 ships and support vessels of all classes, of which 100 (34 percent) are currently conducting maritime operations around the World.

Tasks performed by the USN are of a global scale. Hence its operational division into separate fleets, which role is to preserve US maritime activity and (if possible) dominance on particular seas. The most important Fleets are the 5th 6th and 7th Fleet, responsible for protecting US strategic interests in the Middle East, the Atlantic, Pacific and Indian Oceans and the Mediterranean.

This global nature of USN’s operational involvement has been threatened in the recent years due to budgetary constraints, forcing US to reduce DoD’s budget. It resulted in the decrease of funds, being in disposal of Navy’s central command, influencing its military build-up plans and decreasing the number of vessels in line.

It will impact on Navy’s ability to preserve its superiority (or operational readiness at least) in every corner of the World. Whenever it will be demanded by the higher political authorities. Especially on the waters of the Indian and Pacific Oceans (what about the pivot?). Furthermore, it may influence the priority-level given by US to particular regions, such as the Arctic. Which may lead to visible diminish in Navy’s will and ability to maintain proper maritime military presence all over the world.

The key objective of Navy’s Arctic involvement is to preserve US sovereignty over particular parts of the region, as well as to protect country’s strategic interests there. It will require Navy to participate in resolving actual (and future) territorial disputes, especially those with neighboring Canada regarding the Beaufort Sea and ending the dispute concerning the legal status of the Northwest Passage. Those two cases are strictly related to US future plan on exploitation of regions resources (both, mineral and living) as well as the use of this basis for setting new maritime trade line trade between the Pacific and the Euro-Atlantic area.


The second objective is to accumulate enough resources to increase US military projection in the region. It will require the USN to increase the number of vessels which are operationally active in the Arctic, transfer surveillance equipment (radar stations, satellite surveillance) up North, modernize or expand logistic support stations and regional naval bases and set a logistic supply chain, with many storage facilities settled all over Alaska’s coast.

It will also be crucial to preserve the freedom of navigation throughout the whole Arctic Ocean, concerning environmental (level of the ice cover) and human/political conditions. USN will be obliged to prevent or eliminate any event such as consciously set maritime blockade (of the shipping lanes, regardless if maintained by state or private entity. Of course, this regards the waters which are officially controlled by the US or which are of general purpose). The Navy will also be required to provide more ice cutters as well as surveillance/patrol planes/drones, which will be the core of the future regional SAR system.

The fourth objective will be to establish operational cooperation with other regional players, both the NATO members and Russia. In the first place, those activities will be performed as military exercises (land, sea, air). It will help to develop a commons sense of trust, which will help in establishing a regional system of peaceful cooperation. It will also be crucial to maintain a high level of transparency regarding US military activities in the region avoiding any unpredicted accidents, resulting from lack of trust and uncertainty of other states.

USN’s strategy towards Arctic has been divided into three particular phases. In the first stage of its implementation (till the 2020s), US Navy will maintain the current seasonal maritime activity in the region, which is based on the assumption of ice-free waters (or which is more accurate, thin ice cover). It will provide the adequate level of situational awareness.

In the medium term (2020s-2030s), the Navy will increase its knowledge about environmental/climate changes taking place in the Arctic and influence it may have on future human activity in the region as well as future US strategic interests there. Therefore, USN will continue its research and experimentation concerning surface and subsurface (seabed) of the Arctic Ocean. Any analytical material generated by these forms of activity, will influence work on future US regional strategy.

By this time, USN plans also to train and prepare to operate in harsh Arctic conditions a required number of soldiers, provided with sufficient equipment. Predicted changes in the environmental conditions, especially the depletion of the ice sheet, will allow USN to extend its naval presence in the region.

In the long term (after 2030) US Navy plans to maintain constant military presence in the region. It will require to relocate surface ships and submarines as well as surveillance aircraft to the Arctic . These forms of military activity in the region will be fundamental to the effectiveness of surveillance and reconnaissance conducted by US in the region. It will also have a big impact on sustaining the peaceful nature of the Arctic and preventing any forms of arms clashes between particular states.

Current strategy of USN’s operational involvement in the Arctic takes into account the current and projected U.S. strategic interests on a global scale. In the short term, the Navy will focus on further observation of climate changes taking place in the region. Analytical material gathered this way will help to develop more effective strategy of operational activity in the Arctic.

The nature of USN’s activity in the region will change in time. Nevertheless, its tendency of growing involvement of this branch in the Arctic, will require a big step forward in terms of material gathering, upgrade of local naval infrastructure and high operational level presented by the troops stationing in the region.

Future role of the USN in the Arctic will depend, inter alia, on the general concept of US strategic interests regarding this region. Significant importance will be given to the scale of US maritime activity on other oceans, such as the Indian and Pacific, as well as US budgetary condition.
Last edited by a moderator: Apr 23, 2020