The Distrust : can India ever trust Pakistan's religiously zealot polity and its jehadi generals? 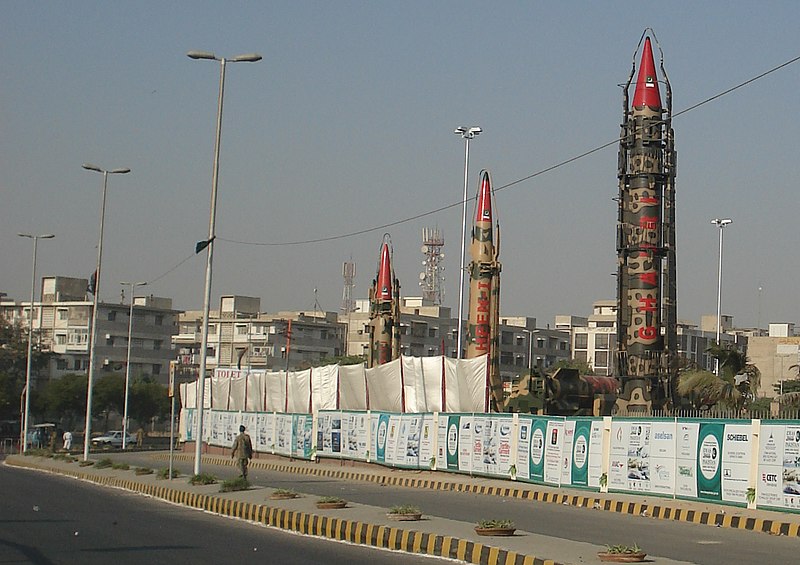 “We will eat grass and leaves or even go hungry if required, but we will get the bomb” so said the Pak Foreign Minister Mr Zulfikar Ali Bhutto in 1965. He later went on to become the Prime Minister and the President of Pakistan. He ensured Pakistan established Space and Upper Atmosphere Research Commission (SUPARCO) to fulfill its missile programme. Immediately after their defeat in Indo-Pak war of 1971, Pakistan established Karachi Nuclear Power Plant (KANUPP) and Kahuta Research Lab (KRL). The efforts to gain nuclear technology by hook or crook increased after India’s Pokharan blast in 1974. Pakistan started making strong efforts to acquire an indigenous capability in missile production technology through China and North Korea, who became major suppliers to Pakistan's ballistic missile programme, providing technological and other assistance. In December 1996, Hong Kong custom officers raided a Chinese vessel to find 10 tons of ammonium perchlorate believed to have been shipped by the North Korean company Lyongaksan and bound for SUPARCO. Ammonium perchlorate is a common oxidiser used in the production of solid missile propellant. In March 1996, Taiwan confiscated 15 tons of ammonium perchlorate, from a North Korean freighter bound for SUPARCO. Pakistan began pursuing a ballistic missile programme as part of an effort to develop a deliverable nuclear strike capability against India. However unlike Pakistan, India’s development of missile-based capabilities reflects both regional and extra-regional security concerns, Pakistan's ballistic missile effort is solely Indo-centric.
Zulfikar Ali Bhutto, who became a self-styled “Qaid-e-Awam”1 with his fiery speeches criticizing Pakistan Army generals and India,2 was later hung by his successor Gen Zia ul Haq.
Next to be overthrown was Nawaz Sharif by Gen Musharraf. He was forced into exile to Saudi Arabia. Had India’s ex-PM I K Gujral not intervened, he would also have been dead hanging on the gallows.

Then came attempts on the life of and finally the assassination of Ms Benazir Bhutto, allegedly by Gen Musharraf in 2007.3

With such great personalities, at the helm of affairs, literally at each other’s throats; can Pakistan be trusted?

Pakistan trying to equalize asymmetry in conventional forces with India by amassing scores of nuclear weapons is not a new revelation. What is concerning and worrying is that Pakistani proliferation appears prompted by religious zeal alone. Nuclear abstinence cannot be found in Pakistani dictionaries. Pakistan will never choose totally forsaking nuclear weapons, accepting a “No First Use” policy, stopping nuclear weapon production or pronouncing a self-imposed moratorium on nuclear tests. Pakistan’s India-centric policies and religious zealot polity will not permit it to choose any of these options. Pakistan would go to any extent to fulfill its ambitions of achieving nuclear parity with or more preferably nuclear superiority over India. Pakistan does not have a publicized nuclear doctrine, but its policy of “minimum credible deterrent” is widely regarded as “maximum nuclear deterrence” designed to dissuade India from taking military action against it.

General David H. Petraeus, the former Commander of U.S. Central Command, also the future CIA Chief, testified to the US senate on March 31, 2009, that “Pakistani state failure would provide transnational terrorist groups and other extremist organizations an opportunity to acquire nuclear weapons and a safe haven from which to plan and launch attacks.”4

President Obama addressed this issue in an April 29, 2009, press conference, stating, “I’m confident that we can make sure that Pakistan’s nuclear arsenal is secure, primarily, initially, because the Pakistani army, I think, recognizes the hazards of those weapons falling into the wrong hands. We've got strong military-to-military consultation and cooperation.” He also recognized the sensitivity of the issue for Pakistan, saying, “[w]e want to respect their sovereignty, but we also recognize that we have huge strategic interests, huge national security interests in making sure that Pakistan is stable and that you don't end up having a nuclear-armed militant state.”5 After Osama Bin Laden (OBL) was killed in Abbottabad, this distrust has increased gigantically.

The Open Source
The increased number of reactors and processing facilities at Chasma, Khushab Karachi and PINSTECH along with the increased production at Baghalchur and Mianwali (Isa Khel) provide Pakistan an expanded capability to produce weapon grade nuclear material in quantities at least double its known capability of 100kgs per annum. This equates to approximately 10-15 weapons per year. This would allow Pakistan to have 110-165 warheads over a period of eleven years from 2000-2010. The ISIS assesses, as of the end of 1999, that Pakistan possessed 585 - 800 kilograms of weapon-grade highly enriched uranium (HEU) and 1.7 - 13 kilograms of separated plutonium; these quantities are sufficient for 30-50 nuclear bombs or warheads.6 At a conservative estimate, Pakistan should be logically holding 140-215 warheads as of 2011. By 2020, Pakistan could have accumulated approximately 450 kg of plutonium and ~6000 kg of highly enriched uranium (HEU). Pakistan may be able to produce more weapons if it either increases its rate of uranium mining or has more advanced weapon designs requiring less fissile material in each weapon.7 These stocks would be sufficient for perhaps 300-450 simple fission weapons based on HEU and 90 plutonium-based weapons. If the consideration is low yield weapons requiring less fissile material then Pakistan may currently possess ~600 warheads.

The evolving nuclear infrastructure of Pakistan has been detailed at FAS blog.8 The comments give further details of command and control infrastructures.9 Although safety of infrastructure is good, there remain many a challenges to the security.

Debate is growing about whether an American classified program has done enough to help protect Pakistan’s nuclear weapons.

Note:
Parts of this article were published as comments at https://www.armscontrolwonk.com and also on twitter earlier.
Last edited by a moderator: Apr 23, 2020

No,the simple and precise answer is a "No" .We can never trust

Pakistan any day,They have started Every war with India till dateThey can never be Peace between the Two countries as much as some Indians and

Pakistanis will want it ,it is just not possible! We can never have peace a country like Pakistan which is the hub of Terrorism, if Pakistan wants peace with us ,Than their Government has to stop Terrorism in their Country and only than we can have peace with them! That is all that I have to Say.
You must log in or register to reply here.
Similar threads
India, Pakistan edge toward talks but old distrust remains
China's military buildup breeds distrust: Japan Times
In Atheists We Distrust
Aero India 2023
Share:
Facebook Twitter Reddit WhatsApp Link