The S-70B Seahawk comes from a tried and proven lineage going all the way back to the basic Blackhawk. There are thousands of aircraft in service with both the U.S. military and a variety of international military services that all use a basic airframe that has been modified over the years to perform many missions. Please refer to Figure 1 for a complete picture of the Sikorsky Hawk lineage. 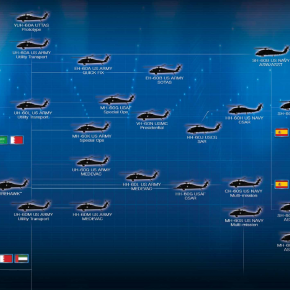 Figure 1 Sikorsky Hawk Lineage
Improvements the aircraft over the years have addressed any issues that have arisen. The maintenance and corrosion issues are well understood and documented. While the NH90 does use more composite material, it is a new aircraft and the lessons learned for that aircraft once it is in actual service are still ongoing. The U.S. Navy had such confidence in the SeaHawk (the SH-60R and SH-60F aircraft that were the previous generation ASW and ASuW platforms) that it embarked on a program to reduce the number of rotary wing aircraft in service from 7 different types down to two different types (The new MH-60R and the MH-60S). The S-70B is not flown by the U.S. military as it was designed to offer similar capabilities to the 60R and 60S but for international customers only. The systems used are comparable (sometimes identical) to the ones used on the 60R and 60S but are approved for export to qualified countries. The S-70B also evolved from the SH-60F and SH-60B but to serve international customers. The current 5th generation avionics system used on the S-70B had its roots in the S-70B-2 aircraft that were delivered to the Royal Australian Navy some many years ago and are still in service today. This began the transition to an all glass cockpit and fully integrated mission system and has evolved into a state of the art system that represents the many years’ of knowledge and experience of the Sikorsky Mission Systems Integration (MSI) team. That latest avionics system today, coupled with an airframe that is well proven, is in service with the Turkish, Singapore, and Brazil navies and represents what I believe to be the best in ASW and ASuW rotary wing aircraft in the world. It is a system so well designed and integrated that I believe it is a key discriminator in what sets this aircraft apart from any other similarly equipped rotary wing platform.

Built for the international market place

Early on the Sikorsky S-70B team recognized that most, if not all, international customers would require some sort of customization of the avionics system. In addition, many (if not all) contracts today with foreign militaries require financial offset agreements to allow financial benefit to the purchasing country. The two previous statements are often coupled with requirements for the use of indigenous systems from the purchasing country and integrated into the purchased aircraft. With that in mind, the basic architecture of the S-70B avionics system was designed with ability to facilitate the ease in which equipment could be added or substituted. 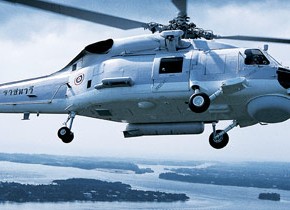 Sikorsky S-70B
The use of a Federated Architecture, where primary functions such as flight management, mission management, weapons management and flight control functionality was distributed into different subsystems that would act as the central computing resource for providing that functionality. Interfaces between the computing resources are well defined and controlled. This approach, as opposed to Centralized Architecture (where most if not all functionality resides in a single computing resource) has proven to be a better approach if future modification or enhancement of the avionics system is anticipated. Part if this is due to the isolation of functionality and thus typically limiting the extent of change to one computing resource. This lowers risk and cost for performing any maintenance or modification. Sikorsky has extensive experience in successfully modifying the S-70B for a variety of international customers.

S-70B is a 5th generation design

The S-70B has been characterized as an “old design” (by some competitors) meaning not representing what a modern aircraft should be. The airframe and engine package is a proven entity and has been updated over the years to use both lessons learned design changes and to provide new capabilities. The avionics system has been continually updated over the years to add enhancements and address obsolescence issues. Examples are a new flight control computer that condenses 3 control panels into one and provides new automatic flight control capabilities not previously offered. The Weapons Management System (WMS) offers excellent capabilities for growth and customization for new weapons installations. Dual Embedded GPS Inertial (EGI) navigation subsystems provide multimode navigation and attitude reference data. The 4 MFD glass cockpit architecture was designed to facilitate operator interface providing both keyboard and a windows like graphical user interface that provides the operators with great flexibility in how to use and interact with the missions system and its subsystems. Many operations can be performed via the Control Display Unit (CDU) keyboard as well as using the Multi Slew Controller (MSC) that provides a point and click type of operation via the MFD displays. There is a saying in America that goes, “If it isn’t broke don’t fix it”. The basic architecture design of the S-70B is a proven design that has been continuously improved to what it is today, a full glass cockpit design with unparalleled capability and ease of operator use.

I had the privilege of working with many of the members of the MSI team during my career at Sikorsky. Encompassing many disciplines such as Sonar, Radar, Weapons, ESM, Electro Optics, Flight Control, Flight Test, etc., the teams and individuals I worked with were the best of the best. The quality of the overall aircraft and the design and implementation of the avionics and mission systems is a testament to the skill of these folks.

Given my primary function for many years was software development, I wanted to mention the systems and software development teams at Sikorsky specifically. The tools and procedures they utilize are state of the art and help to insure a quality software product is delivered for those requirements that are implemented in software. The Sikorsky MSI organization is qualified to Capability Maturity Model Integration (CMMI) Level 4 and therefore functions under the rules and procedures written to implement the model for a Level 4 organization. This helps to insure all design and integration activities are done under the same process, again contributing to a quality software product that meets the customer’s requirements when the aircraft is delivered.

The aircraft Sikorsky delivers will meet the requirements of the Indian Navy and will perform at or above the expectations of Sikorsky customers. That opinion is based on my work on the S-70B over the years and the interaction with our many international customers when I was privileged to be part of the aircraft delivery team. Speaking with Sikorsky customers and understanding and addressing their issues and concerns are something Sikorsky does very well. As with any extremely complex machine, problems can and do arise when delivering an aircraft. The measure of any vendor is how they address those problems and make the customer happy, or as Sikorsky would like to say “Delighted”. Sikorsky as a company and the MSI team as a whole know how to listen and then address and resolve issues that arise.

Some aircraft are over 6 years late. Countries have cancelled their orders and some have bought Sikorsky Blackhawks which were delivered in record time. The web is full of details that anyone can find. This is simply inexcusable for an aircraft vendor. 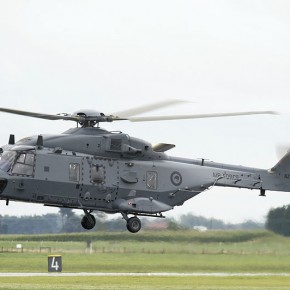 NHIndustries NH90
NHI itself has admitted that a significant contributor to the delays in fielding the aircraft on order is the customization that is being requested by customers. The fact that this is the case demonstrates NHI did not understand nor appreciate what their market would demand and did not properly prepare for it in the basic design of the NH90. In addition, if the existing NH90 TTH is suffering such problems as have been amply documented, it is logical to conclude that the naval variant NH90 NFH (NATO Frigate Helicopter, the naval model I believe the Indian Navy would receive) will suffer similar if not more complex issues as that platform is fielded in greater numbers. NH90 aircraft that have been delivered have some that are not “full up” configurations for even the basic TTH model. The avionics and mission systems on the NFH model will present and even more daunting task to fully mature and field a “full up” aircraft. The Indian Navy does not need to be experiencing these problems but rather have an aircraft that when delivered, is ready to perform its missions.

Summary: It is my hope that the S-70B is chosen for the MRH program because I sincerely believe it is really the best choice of the two products being offered at this time. Some will call me biased and I would be a liar if I denied it but I can back up what I have said with data and experience. There is a saying in the United States that goes “I call a spade a spade” which basically means I tell it like it is based on the facts.

As a company Sikorsky has a great reputation that it has built the Blackhawk and Seahawk aircraft and rightly so given the great record of the thousands of these aircraft out in the field all over the world. Sikorsky as a company can be summed up best by the new company motto. There have been a number of “mottos” used by Sikorsky over the years, but this one gets it right:

Igor Sikorsky would be proud!

Richard (Rik) Lammers is a retired principal engineer from Sikorsky Aircraft with over 33 years of experience in the implementation and management of systems & software design and integration of Flight Management, Mission Management, and Weapons Management systems for both commercial and military aircraft. The first 5 years working at Sperry Flight Systems in Phoenix, AZ (now Honeywell) on the Boeing 757 & 767 Flight Management and Electronic Flight Instrumentation (EFIS) Systems. The last 28 years at Sikorsky Aircraft in Stratford, CT working extensively on the S-70B and predecessor aircraft with the last 7 years being spent as a system, software, and integration lead and contract manager for weapons systems on the S-70B.
Last edited by a moderator: Apr 19, 2020