Anti Access /Area Denial- India and the elephant in the room 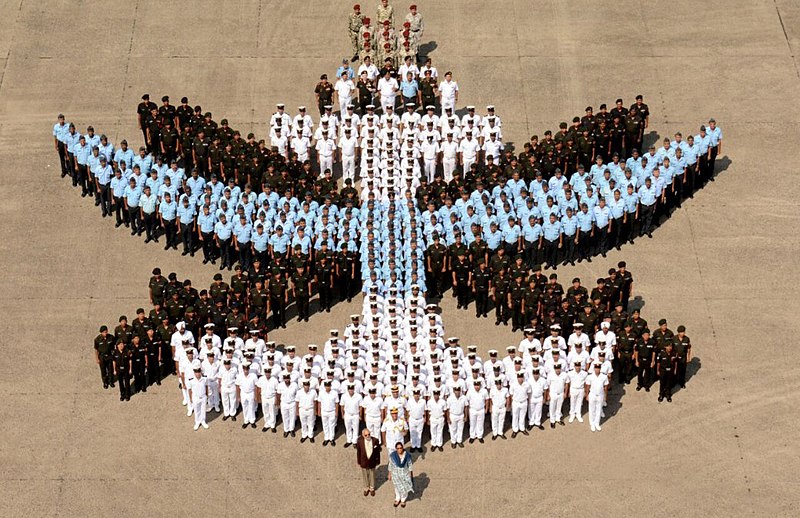 A wake up call
Part 1-Detection.
“The success of any major operation or campaign depends on the free movement
of one’s forces in the theater. Without the ability to conduct large-scale movements
on land, at sea, and in the air, operational warfare is essentially an empty concept.”
-Dr. Milan Vego
For long warfare as been about two basic types of strategy
1) Total domination/ Sea Control/ Air space supremacy.
2) Guerilla warfare/ Sea Denial/ Air space denial.
The Peoples republic of China has added a new fact in the form of their A2/AD stratagem. It basically means that while the Chinese military recognizes its deficiencies and acknowledges the very real threat Chinese forces face from American carrier based and land based airpower nevertheless the Chinese shall deny the Americans the freedom to utilize their carriers in any future conflict.
Any A2/AD capability can be divided into two broad categories of assets
1) Detection-Sensors/radars/Intel assets
2) Interdiction-Missiles/ships/submarines/aircraft i.e. operational military assets
In order to keep this article balanced I shall only be focusing on the DETECTION Assets for this part of the Article.
While this stratagem was primarily designed by the PLAN to deter a conventional American CBG/Task force from supporting Taiwanese/ South East Asian militaries in the case of a conflict over Taiwan/ South China Sea. It is imperative that we learn from it and adapt it to create a counter A2/AD strategy designed to deter a PLAN task force from entering the IOR (in the case of hostilities). This stratagem can also be adapted to render all surface assets of the PN Obsolete.


The First thing to be looked at and strengthened is obviously assets that shall let us detect OPFOR fleet movements in the IOR. Space based assets are an important part of any modern ELINT network and in the last few decades the Chinese have set up an impressive array of assets designed to detect Fleet movements from space. This is primarily based on three complementing sets of “Yaogan “Satellites 36 of which have been launched. These satellites are basically of three types SAR satellites, Optical imagery remote sensing satellites and Ocean reconnaissance satellites. Recently the Chinese have also launched three large area ocean electronic surveillance satellites. While we too have a rudimentary capability already deployed in the shape of the CARTOSAT series and the RISAT series, we however need to build & launch many more similar satellites and put in place a complete Orbiting ELINT system comprehensively covering the Indian Ocean before we can develop a detection capability rivaling the Chinese net over the South China Sea.
The second key aspect of a proper detection system is RADAR coverage the Chinese have deployed a number of large OTH B and OTH SW(Surface wave)radars to cover the South & East China Sea and we can expect to see OTH radars deployed in Tibet to give the Chinese a bird’s eye view of Aviation in India soon enough. We need to develop or acquire OTH radars and deploy them along our coastline and in “Fortress Andaman” if we are ever to detect incursions into the IOR region in realtime. The power of such Radar can be gauged from the fact that the Russian “Container” system if deployed at Chandigarh would be able to detect Aircraft landing and taking off at Tehran Airport, the whole of Pakistani airspace would be under constant surveillance rendering the idea of surprise assaults like carried out by the PAF in 65 Obsolete. We need to build such a system in collaboration with Russia or even the Iranians who are already well into deploying such an OTH radar called Sepehr.

The Third and Final key to building a complete detection capability is by sensing underwater craft. The Chinese have already completed in Lingshui, Hainan Province the detection and analysis centre for a large fixed undersea network of Hydrophones that shall let them listen in on American and other Submarines operating in the South and East China Seas, the Chinese have also followed this up with the building and deployment of a large number of aerial and surface based Submarine detection and hunting assets. The primary role of the PLAN SSK fleet is to act as final detection asset and the spear protecting this shield as well. The SSN and SSBN fleets are however designed to operate far from home. There is no current danger here unlike in the case of OTH Radars that the Chinese shall deploy such an Array in the IOR as well .We however need to build up a similar Array in the IOR to detect submarine threats operating on both our western and eastern seaboard, we hbshall also need to deploy a deep sea array around the Malaccas to ensure that PLAN submarines cannot operate in the IOR with impunity. We have however not even started to field a nascent capability in this regard yet and this is where we shall need to work the hardest as well.

In short there is much that remains to be done. Governments in the past have not given much thought to beefing up our naval and air borders and this will have to change soon if we are to deter the dragon.