The shipyard will build the first three Project 11356 frigates for Russian Navy's Black Sea Fleet in its Kaliningrad facility. 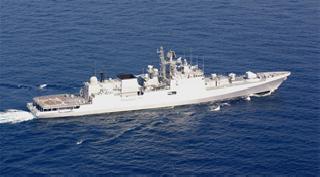 Yantar has been building three Project 11356 class frigates for Indian Navy under a $1.6 billion contract awarded to it in July 2006.

INS Teg, which was floated out in November 2009, is expected to be handed over to India in mid-2011, Mikhailov said. The second and third warships are expected to be delivered in 2011-12, he said.

The second warship, INS Tarkash, was floated out in June this year.