captscooby81 said:
Here is for the last 4 days Friday to Monday .

UP with 2.5 lakh test yesterday has 9.8k positive cases

Some states have clearly peaked and some are now slowly going up , KA, TN, RJ, OD are in the raising side of the curve


Can you give me the table again how many tests cases etc till today
Click to expand...

Romediablo said:
I know definitely they will deflect , but i want to clarify this is not the first time , this method was very common and brutal during first wave in China, with many videos as proof that they can't deny .
Click to expand...

Crocodiles have a very thick skin. you can;'t penetrate that easily

Just lost a childhood friend of mine, (Age 29)

Feeling very sad, very angry, unlucky and when I talked with his twin brother serving in Airforce as flying officer, I couldn't hold my tears.

I feel helpless, my connection tried for viles of black fungus, which reached my hometown, but I curse god that when it reached, he was already critical. He died unmarried, and is survived by his twin brother. He died so young, which enrages me so much.

Today will be a sad day, today I drink to a fallen one.
J 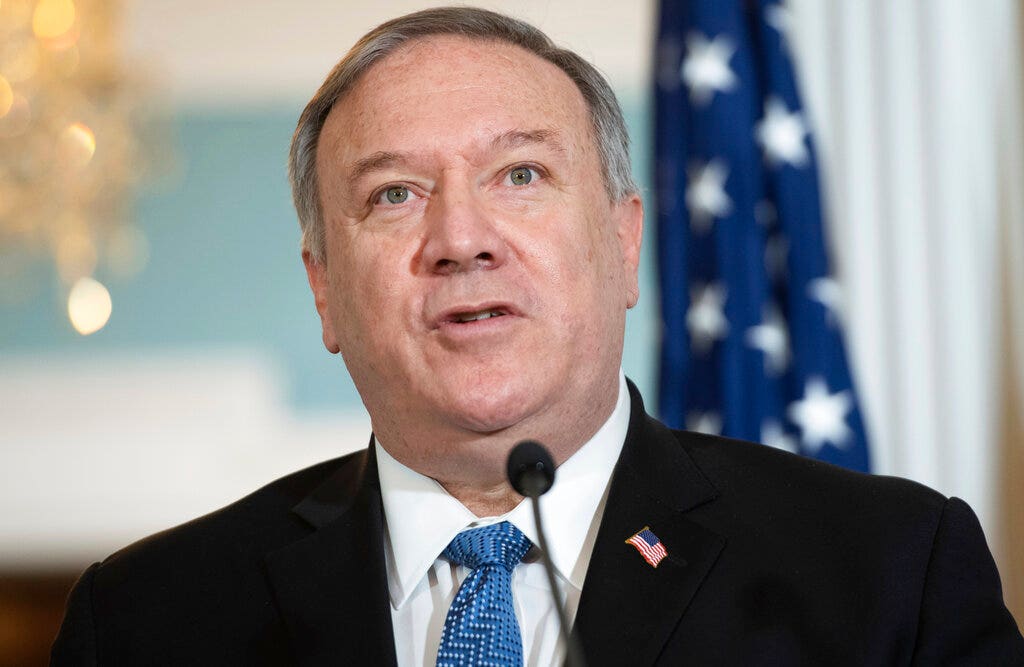 Current evidence still suggests that the coronavirus originated from a lab in Wuhan, China, former Secretary of State Mike Pompeo said Sunday, warning that the risk of bioweapons and bioterror arising from the region is “very real.”

Current evidence still suggests that the coronavirus originated from a lab in Wuhan, China, former Secretary of State Mike Pompeo said Sunday, warning that the risk of bioweapons and bioterror arising from the region is "very real."

Pompeo suggested to "Sunday Morning Futures" anchor Maria Bartiromo that the Chinese Communist Party "covered up" the origins of COVID-19 and that evidence continues to mount despite their efforts to deny access to the Wuhan Institute of Virology, the doctors who worked there and original materials from the lab.

"We worked to get every bit of evidence that we could, we tried to deliver this to the CDC, tried to work with the Chinese. They covered it up terribly," Pompeo said.

He said the combination of circumstantial evidence and China's intense effort to deny any information relating to the lab suggests to him that the virus originated in that lab.

"I haven’t seen a shred of evidence to suggest anything to the contrary," Pompeo said.

The former secretary of state also warned that similar scenarios could happen in the future, pointing to the possibility of biological warfare.

"The risk that something like this happens again from that laboratory or another Chinese laboratory is very real," Pompeo said. "They [China] are operating and conducting activities that are inconsistent with their capacity to secure those facilities. And the risk of bioweapons and bioterror emanating from this region is very real."
Click to expand... 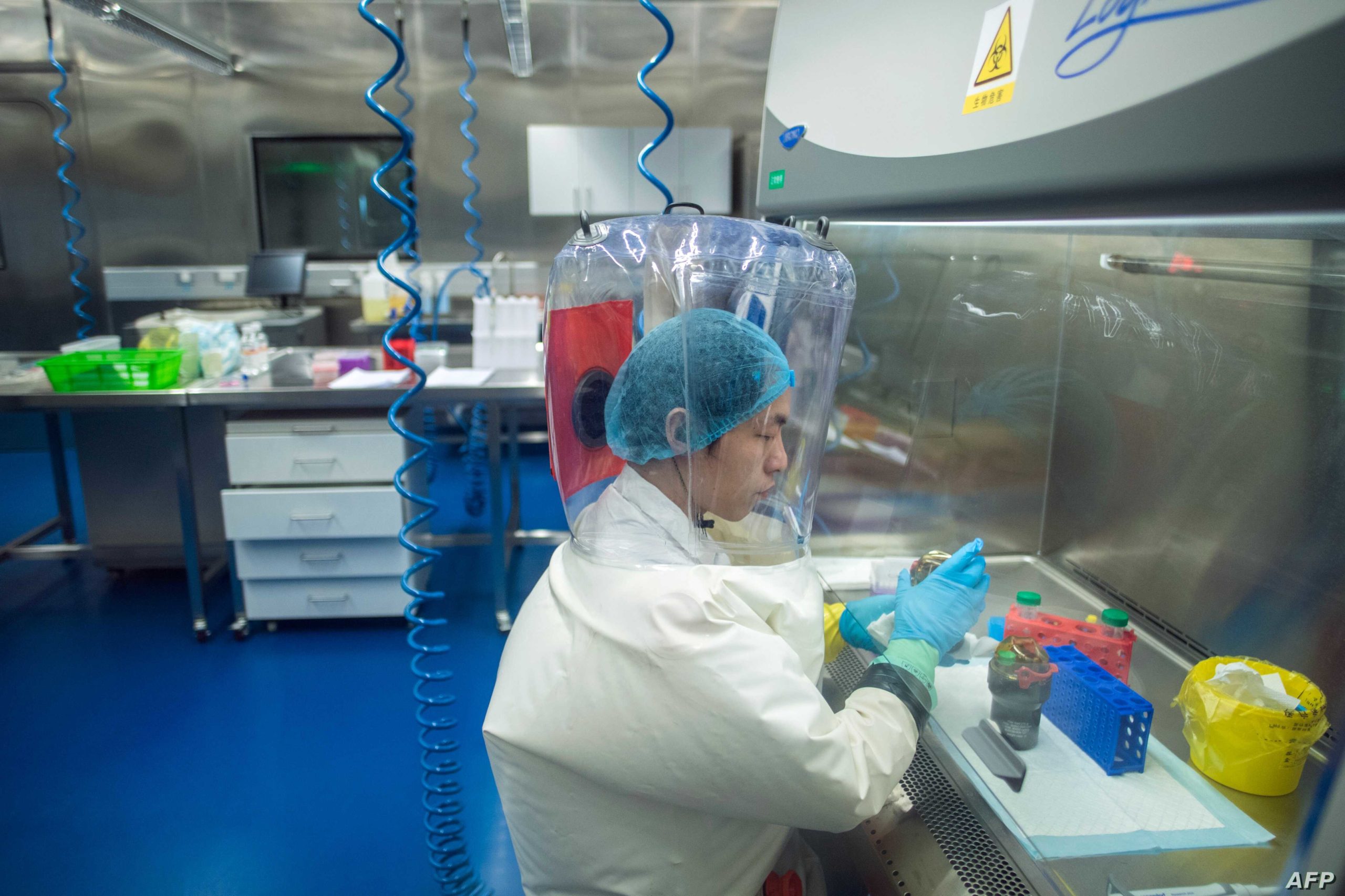 The Wuhan Institute of Virology erased the name of several military-linked researchers from its website in mid-2020. The move to erase the names of three researchers tied to Chinese military…

The move to erase the names of three researchers tied to Chinese military institutions follows questions about the People’s Liberation Army’s (PLA) involvement with the institute.

Until May 27th, 2020, the lab’s “About Us” page contained a “Committees” section outlining dozens of researchers operating under the auspices of the Wuhan Institute of Virology. Among the researchers on the committees highlighted on the page were individuals from the Academy of Military Medical Sciences, 302 Military Hospital of China, and PLA Naval Medical University.

The Deputy Director of the Wuhan Institue of Virology’s Academic Committee, Hongyang Wang, lists affiliation with China’s Second Military Medical University, also known as the PLA Naval Medical University. Underneath his leadership, Fusheng Wang, from the 302 Military Hospital of China, also worked on the committee. 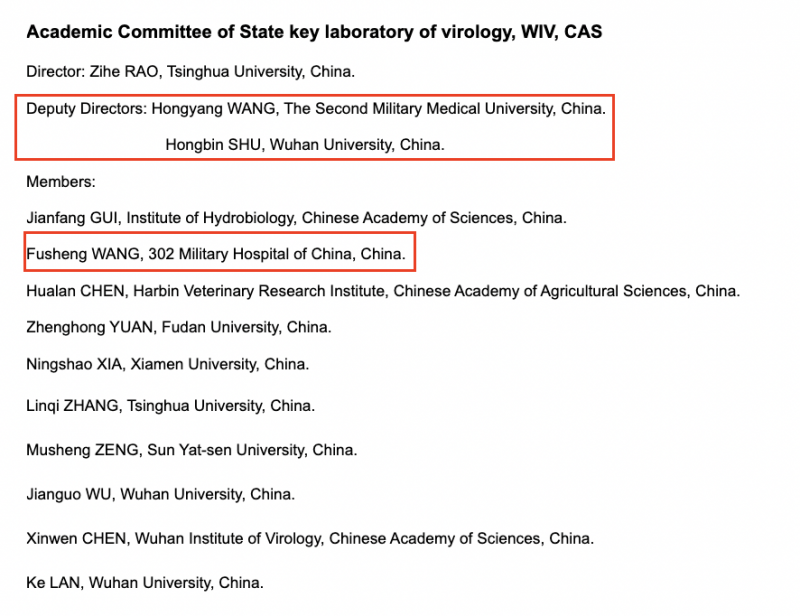 Chang-chun Tu, who lists ties to the Academy of Military Medical Sciences (AMMS) Institute of Military Veterinary, served on the Wuhan Institute of Virology’s Scientific Advisory Committee of Center for Emerging Infectious Diseases. AMMS has been described as the “highest medical research institute of the Chinese PLA.” 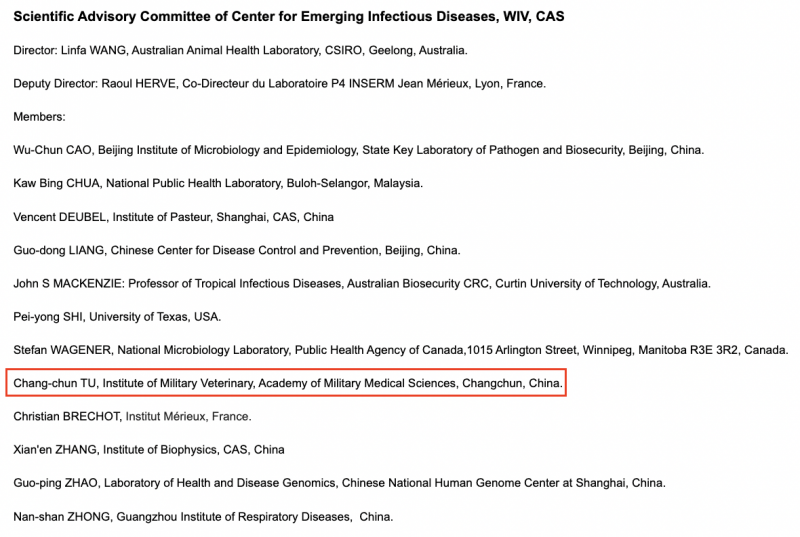 Now-Deleted Page.
Archives from May 28th, 2020, however, reveal a significant change in the website’s format, excluding the names of any researchers from the aforementioned committees. 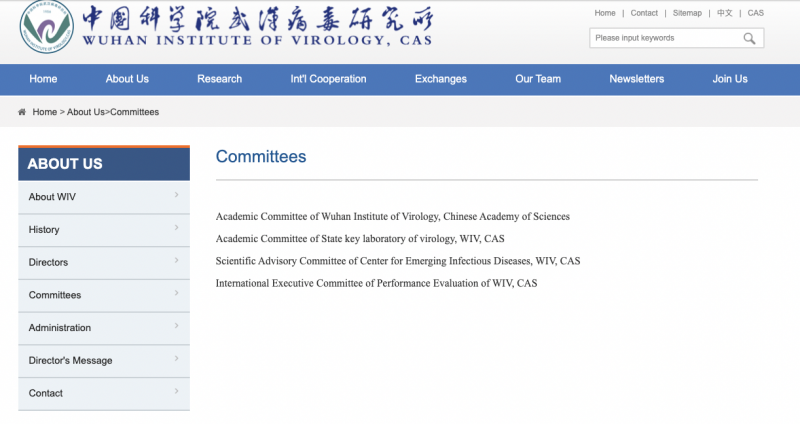 CURRENT SITE.
At the time of publication, the Wuhan Institue of Virology’s site still omits the previously included names of military-linked researchers.
Click to expand...

Which vaccine are efficient on most strains COVISHIELD, COVAXIN or SPUTNIK V ?

problem with cow urine is the retarded people taking it up

same people who came up with cow dung chips to reduce phone radiation.

There is a govt department for "cow science".
It gives "research grants".
So as you can imagine, "gaubhakts" are mushrooming who want to make use of "cow products"

So that is how your have your cow dung mobile phone chips to reduce radiation.
The only thing such "inventions" reduce is tax payer's money.

mandestiny said:
Which vaccine are efficient on most strains COVISHIELD, COVAXIN or SPUTNIK V ?
Click to expand...

Covaxin, by Bharat Biotech,Sputnik still in testing in India afaik.

As of now no concrete evidence but covaxin sounds to work better on mutation variant . Just get which ever vaccine you could get your hands on . Don't wait


mandestiny said:
Which vaccine are efficient on most strains COVISHIELD, COVAXIN or SPUTNIK V ?
Click to expand...

mandestiny said:
Which vaccine are efficient on most strains COVISHIELD, COVAXIN or SPUTNIK V ?
Click to expand...

ezsasa said:
Uncle passed away this morning, heart failure. he was fine yesterday, he was even complaining about hospital food not having salt yesterday.
Click to expand...

Now his wife is hospitalised.

any ideas on how to get the new DRDO 2DG drug for her(if necessary)?

any ideas on how to get the new DRDO 2DG drug for her(if necessary)?
Click to expand...

It's very very hard to get it right now.
M

Maharaj samudragupt said:
It's very very hard to get it right now.
Click to expand...

Right now i think this drug only accessible to hospitals.

mandestiny said:
Right now i think this drug only accessible to hospitals.
Click to expand...

Not even there to be honest
M

Maharaj samudragupt said:
Not even there to be honest
Click to expand...

I think apollo hospital must be, as it is associated with Dr Reddy.

any ideas on how to get the new DRDO 2DG drug for her(if necessary)?
Click to expand...

Did the doctors recommend that drug? Don't go out on look for the drug on your own unless it is recommended.
It is only second day today after rollout of the drug by DRDO. Don't know what quantity is being produced and supplied each day.

The number of teachers and staff who allegedly died of COVID-19 after being assigned duty in the panchayat polls and control rooms for the pandemic has gone up to 1,621, a union for the primary teachers in Uttar Pradesh claimed on Sunday.

The union also alleged that despite assurances by the state chief secretary on May 1, a day before counting, that unwell teachers and staff would not be asked to be on polling duty, those who were absent due to illness on counting and voting days had faced suspension and salary cut

Uttar Pradesh Prathmik Shikshak Sangh president Dinesh Chandra Sharma said the number of primary education department teachers and staff to die on polling duty during the pandemic had gone up to to 1,621. The union released a list of the 1,621 peopl

This unique RT-PCR kit will be a significant weapon in our fight against COVID-19 by a facile detection of SARS-CoV-2 mutations: Secretary, DST, Prof Ashutosh Sharma

A newly developed multiplex RT-PCR kit has a higher accuracy of detecting covid19 across the various mutant strains of the virus responsible for the global pandemic.


As the pandemic is going through a second wave with multiple variants, the selection of target genes in multiplex RT-PCR assay is becoming critical for accurate detection of the virus.


Even though coronaviruses make far fewer errors than other RNA viruses, the mutations in S, R, and N genes often interfere with RT-PCR assay. For example, the “variant of concern” B1.1.7 (also known as the UK variant) has a 69-70del, due to deletion of 6 bases in the RNA, which resulted in S gene drop out from RT-PCR assay.


The new multiplex RT-PCR kit developed Sree Chitra Tirunal Institute for Medical Sciences and Technology (SCTIMST), an Institute of National Importance under the Department of Science and Technology, Government of India targets two SARS CoV2 genes: RdRp and ORFb-nsp14, and the human RNAse P gene as the internal control to help detect a range of mutant strains.


Various studies have shown that RdRp and ORF1b-nsp14 genes are more sensitive in detecting Covid19. In order to target the multiple variants in the second wave, using two highly accurate confirmatory genes like RdRp and ORF-nsp14, can give precise results. The ORFb-nsp14 is one of the least mutated genes in Covid19 and currently, there are no kits in the market with ORF-nsp14 as the target.


The new kit is based on multiplex Taqman chemistry, amplifying all three genes in a single reaction. The amplification time for the assay is 45 minutes, apart from the time required for the RNA isolation from nasopharyngeal swab samples. Multiplexing two confirmatory genes will help shortlist possible new variants if one of the genes fails to amplify and can be marked for sequence analysis.


ICMR has validated this kit at the National Institute of Virology, Pune, and found that it has 97.3% sensitivity and 100% specificity in covid19 detection.


SCTIMST has signed a non-exclusive license MoU with Huwel Lifesciences, Hyderabad, on 14th May 2021 to commercialize the kit.


“This unique RT-PCR kit will be a significant weapon in our fight against COVID-19 by a facile detection of SARS-CoV-2 mutations which are becoming increasingly important,” said Secretary, DST, Prof Ashutosh Sharma. 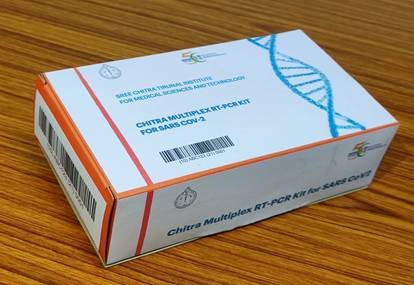 Gujarat health care worse than UP Bihar.. Conscious neglect of Healthcare for the past 3 decades despite having the resources..

In healthcare, Gujarat is in BIMARU league

With less than Rs 5 allocated for daily healthcare expenditure per person in its budget, Gujarat fares badly on numerous health indices.