Bhumihar said:
One interesting data that we are not getting the hold of.

How many vaccinated frontline healthcare workers recontacted Corona after getting vaccinated?
This will most likely give us a clear picture of the vaccine effectiveness.

In the long term we must work on a vaccine that can fight off even the most virulent mutation of Corona and conduct a vaccination drive once and for all once we have vaccinated the everyone with the initial batches of Vaccine.
Click to expand...

There are much less news of Frontline workers getting succumbed to Corona now. There were few Police workers who died but if you extrapolate to whole Police force in country then again it would be minuscule.

shade said:
They do, but the mango ching will never come to some indian defense forum site, and even if he does, won't be there for 4-5 years shilling continously.
Click to expand...

DivineHeretic said:
Here is the deal, We are in a race against time on multiple fronts, and we are being crushed on each front with no respite whatsoever. This situation can't go on, there is simply not enough slack in the system to absorb the continuing increment in strain.

1. We need time to ramp up the medical infrastructure given the current one is severely inadequate. It will take time, few weeks by our estimates for major cities, could be more than a couple of months for rural regions.

2. The medical staff is working at over 100% normal capacity for months now across the country. Reserves are nonexistent. Beyond the obvious and sad losses to covid, there is also a steady build up of systematic fatigue and frustration, anxiety and stress related problems across health workers. The situation is worse than that for soldiers in the Eastern Front during WW2. Active combat would largely sustain for 3-4 days or 5-6 using Meth. Here the individuals are being pushed beyond their capacity for weeks. We are at risk of sections or a large part of the healthcare workers collapsing from overwork, similar to what happened in Sweden and Italy and a few countries. We cannot afford that come what may.

3. We are now finally acknowledging the reality that a third wave is in the works, somewhere, quietly. We need to spread out the gap between the second wave and the third wave to the maximum extent possible. We are also at considerable risk of this wave being a prolonged one with multiple spikes/peaks as opposed to the smooth curve of first wave. God Forbid if it kicks in right around the time this wave hits its peak. It'll make last year's abhorrent headline chasing projections look like a trip to a cherry blossom event.

4. Vaccines are coming. But the earliest projections we have is that vaccine manufacture will pick up to bare minimum acceptable levels only around end June-Early July. If TRIPS-WTO agrees to a waiver of patents, we will still require another 4-6 months from that date before new generic vaccine manufacturers can enter the market in quantity. Additionally, we estimate that US and Europe will have a excess of over 100-200 million doses by July end. We can't be sure but it is something we may be able to tap into in an emergency. But that is still another 3 months away.

We need a lockdown. This is why almost every single expert is now favoring a lockdown across the country. In military terms, we dont have the capability to go on an offensive, our objectives should be decisively fighting a delaying action across the fronts, while waiting for strategic reserves to move up.

As for the argument of economic activity, it has already collapsed. Industry after industry is shutting down. Real Estate has ground to a halt. Q1 FY21 had a GDP growth of -23% on an annualized basis. It would require a GDP growth of close to 33% GDP growth to offset the loss for that period alone. We were on track for atleast a 25% growth in this quarter before covid. Instead we are likely to see GDP growth rates of 10-15%, which looks great, but it essentially means we haven't even covered the gap from last year's Q1.
Click to expand...

Ensuring food grains alone does not sustain a person.. He needs milk, or meat or eggs to get whole some food, to build immunity.. a total lockdown while saving many upper middle class lives, will render the bodies of the weak and poor, very vulnerable to covid.. or other affliction.. If people die of fatigue in the medical infrastructure .. thats hard luck.. but India can only afford partial lockdowns..

Last year.. cases where around 200 when complete lockdown was imposed around April 1.. but when unlock 1 was announced on June 1, the number of cases where more than 8000 and still rising steadily with the peak coming in September at 1 lakh.. Then, why did Modi go ahead with Unclock 1 in June, when cases were ever increasing.. Thats because India ki Lag gayi thi... A 2000 dollar per capita country cant afford a total lockdown.. deaths will stabilize at a high peak.. and then come down after few months.. we just need to take it on the chin..

sajobajo said:
Ofcourse you are using a VPN being the privileged set of people in China who are in the bureau's "communications" office, with the sole brief on spinning narrative to suit the party's directive. The mango Chinese doesnt have access to outside world, much less to DFI.
There is a roster of them, with shifts, sites to influence, bot support for clicks/likes, a handy toolkit of photos, graphs and links to pliant media all included. Its a well funded and well organized, operation,we have to give them that.
Click to expand...

Good story.
Download a Free VPN APP , And then just use it. 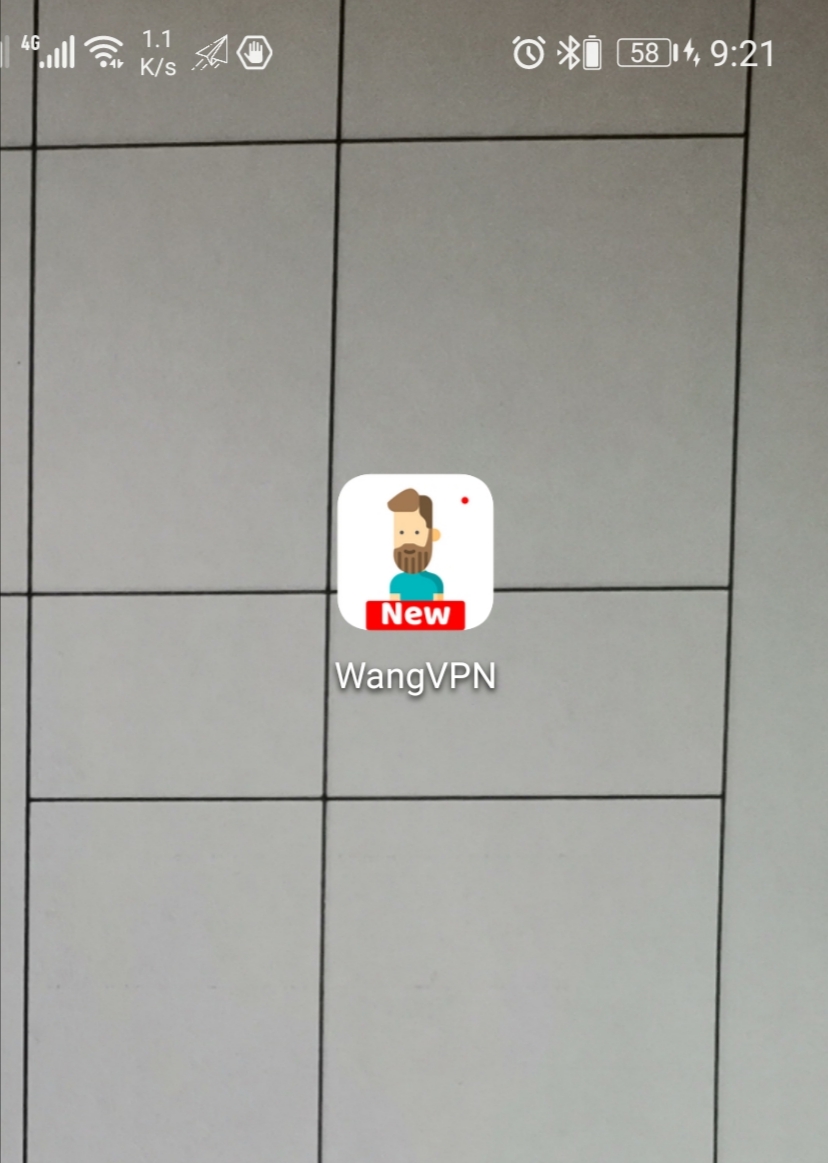 Meanwhile at a CCP datacenter -

shade said:
afaik they are going to allow Sputnik soon, or so was the news, Indian companies will also manufacture Sputnik
Click to expand...

another_armchair said:
Aren't people responsible for this mess? Had everybody religiously followed covid appropriate behaviour, we would not be in the present state, UK strain or double mutation notwithstanding.
Click to expand...

People are definitely responsible to a large extent .

Meanwhile at a CCP datacenter -

ladder said:
Vaccine hesitation was real and no matter how many varieties of vaccine would have been made available, the first 2-3 months would inevitably have been slower.
It's because we were hit with a massive second wave, people are talking in hindsight.

When staff of AIIMS were hesitant for Covaxin, do you think Sputnik V would have made any mark when WHO and other agencies were asking them for additional data?

Moderna, Pfizer would have worked but you know why the import didn't workout.
Click to expand... 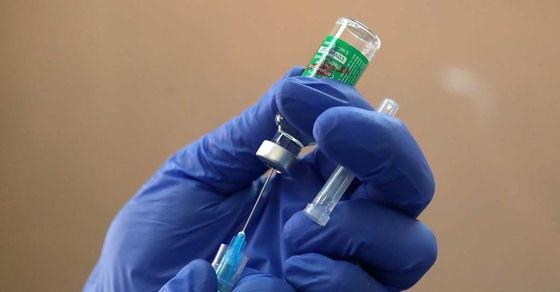 Any private entity can import Covid-19 vaccine if the vaccine is approved by the drug regulatory authority and import licence has been obtained from it.

So had my Covaxin Jab today. too me 40 KMs One way in Uber but finally got it..

TBH, it was pretty lame experience at the vaccination center. Morons did not knew what they are doing. They tried to send us 6-7 pax back with multiple alibis . vaccine not there... COWIN not working etc etc but we all persisted. It was a rural center of typical "Delhi se hoon BC " types.

IMO, they are trying to black market the vaccines...for sure...A local SI tried to be chaudhary but was shut off gently... later on got to know that he is in security of a milord and was there to get milord vaccinated...

Any private entity can import Covid-19 vaccine if the vaccine is approved by the drug regulatory authority and import licence has been obtained from it.

^^Covaxin all along.,,,,they r better if the two IMO

Sanatani said:
Ppl in healthcare are really upset with Modi for not allowing other vaccines to come earlier in India. Atleast Sputnik should have been allowed . Let the ppl who have the capacity , pay and get imported vaccines. It far better to spend two thousand on vaccines rather paying two lakhs for treatment. Babaji fucked up really bad this time. Cherry on top is the great health minister who is not at all fit for the post.
Click to expand...

For everything babaji is responsible. Everyone suddenly becomes experts this would have been done ,this shouldn't. Go find the news of feb. See political mudslinging was being done on vaccine,hell how so called health workers were hesitating to get vaccine.
People were not getting vaccine. Its all okay to give your expert opinion in hindsight but see the reality of that time also.
S

LondonParisTokyo said:
Just more failure from this government in media management. They have done some good, certainly. However the best they could have done was destroy the ecosystem. They were warned. Now they will suffer.
Click to expand...

Sputnik was launched late because we were waiting for the results of bridge trials which was completed in March end.
In the meantime the Russians brought all the spare capacity of Indian vaccine manufacturers. Now they will use all that capacity to sell Sputnik to us.
Like SII and Bharat biotechstarted manufacturing vaccines even before trials were completed , we could have done the same for other vaccines.

How effective Remdesivir is on Covid variants prevalent in India?
A

fooLIam said:
For everything babaji is responsible. Everyone suddenly becomes experts this would have been done ,this shouldn't. Go find the news of feb. See political mudslinging was being done on vaccine,hell how so called health workers were hesitating to get vaccine.
People were not getting vaccine. Its all okay to give your expert opinion in hindsight but see the reality of that time also.
Click to expand...

A lot of Doctors refused Covaxin. 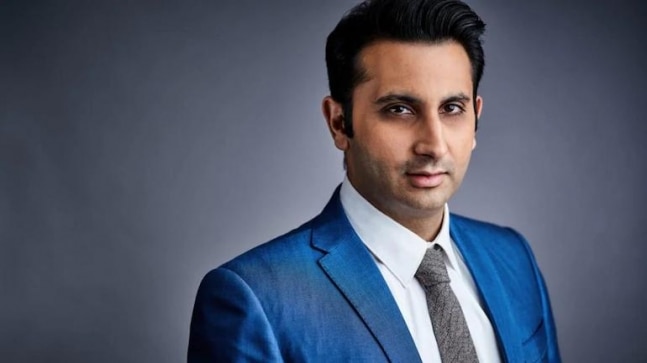 In a tweet, SII's head Adar Poonawalla clarified that export of Covid-19 vaccines are permitted to all countries. Adar Poonawalla also added that joint public statement "clearing up any recent miscommunication" with regards to Bharat Biotech will be made.

Karma comes full circle for this schmuck Adar. Absolutely no sympathy for this low life.
S

Take whichever is available. Off the record there are rumors that even after taking two doses of covishield we can take covaxin as booster dose. Not sure how far is it true.
A

hit&run said:
How effective Remdesivir is on Covid variants prevalent in India?
Click to expand...

Not a doc but have a few Doc cousins, relatives and friends.

As per them Remdesivir and Plasma have been ineffective for serious or moderately serious patients.
S

hit&run said:
How effective Remdesivir is on Covid variants prevalent in India?
Click to expand...

God only knows. Nobody can tell for sure what is working and what not.

another_armchair said:
Not a doc but have a few Doc cousins, relatives and friends.

As per them Remdesivir and Plasma have been ineffective for serious or moderately serious patients.
Click to expand...

Do they prescribe at the early start of the infection? @VIP If I am not wrong it can only be administered in a hospital.
You must log in or register to reply here.
Similar threads
Modi & Xi will unofficial meet in Wuhan city, my home town!
DDG Wuhan in Exercise
Wuhan Police Conducts Anti-Terroism Exercise Before Route 2 Open
An other trip to Wuhan by Navneet Kumar Bakshi
Share:
Facebook Twitter Reddit WhatsApp Link