A 550-pound World War II-era bomb found under a bar in Munich was detonated Tuesday night after authorities said it could not be safely defused.

Some 3,000 people were evacuated from about a half-mile radius of the bomb site in central Munich's Schwabing district. The 10 p.m. blast sent a dramatic fireball over the city and knocked out windows in several nearby buildings, German news agency DAPD reported.

The bomb, discovered by construction workers, posed a risk to the busy metropolitan area. "The fact is, it could explode at any time," Munich Fire Department spokesman Alexander Purkl told Der Spiegel magazine.
Click to expand...

Munich firefighters deal with the fiery aftermath of the deliberate detonation of the remains of a 550-pound World War II bomb located under a building in central Munich. Efforts to defuse the bomb failed and experts decided to pack it with explosives and detonate it rather than risk an uncontrolled explosion.

You could still find chemical munitions or residues in the area of Verdun.

W.G.Ewald said:
You could still find chemical munitions or residues in the area of Verdun.
Click to expand...

Chemical ammunitions in live 20 years in earth lose the properties. And shells with a trotyl are dangerous right through life. 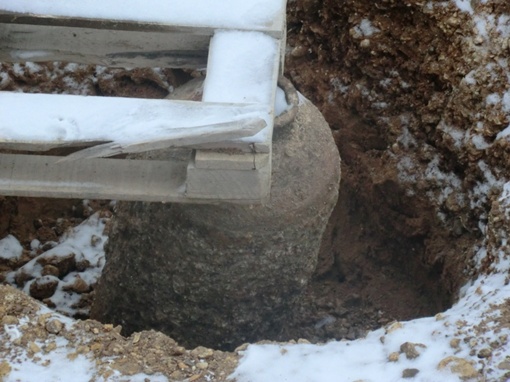 Last edited by a moderator: May 10, 2015
You must log in or register to reply here.
Similar threads
WORLD WAR III HAS BEGUN AND WE ARE UNAWARE
Did Adolf Hitler survive the World War II?
How One Maharaja Helped Save the Lives of 640 Polish Children and Women During World War II
Is World War 3 is coming? Where India stands?
Share:
Facebook Twitter Reddit WhatsApp Link