Today the very happy day for all from Bengal, as well as Indians, this is the first day of Bengali New Year, the Poila Baisakh , or 1st of Baisakh of the Bengali Calender of Bengali New Year,or Bangabda 1416. The History of Bangabda goes back to Mughal Period, by the order of Mughal Emperor Akbar(1542-1605) , Fateullah Shirazi , a renowned scholar and astronomer formulated Bengali Calender on the basis of Hijri Lunar and Hindu Solar calender named Surya Siddhanta. The Bengali calender was created in order to streamline tax collections.

The celebration started from Emperor Akbar's reign. In last day of Chaitro, it is customary for all to clear up dues, and the garment sellers and other sellers arrange Chaitro sell giving heavy discounts, very next day new Hal Khata(Account Book) is opened by the shop keepers, the packet full of sweets with a Bengali Calender is freely distributed among the customers by the every shopkeepers. Boys and Girls wears new traditional Bengali clothes, and visit each others places, the mood is festivity. Prayers are done in the Temples. Muaharats of the film is done, in Film Studios.


In West Bengal the day is declared as a Public Holiday. In Bangladesh Naba Barsha celebrated on a fixed date that is 14th April.

Wish you all a very happy Poila Baishakh.

subho navabarsha to all bengali friends here and greetings to all the members on this special occasion.
F

P.S. My god those women are pale! Is it the makeup?

Happy new years folks this is an Assamese new year too we celebrate it with the festival called Rongali Bihu. Cheers!!!!

Payeng said:
Happy new years folks this is an Assamese new year too we celebrate it with the festival called Rongali Bihu. Cheers!!!!
Click to expand...

Feeling great to know that, Payeng can you tell me about more about the Assamese New year and Rongoli Bihu.

Pintu said:
Feeling great to know that, Payeng can you tell me about more about the Assamese New year and Rongoli Bihu.

Bihu denotes a set of three different largely secular festivals of Assam namely Rongali Bihu, Kongali Bihu, Bhogali Bihu. Bohag Bihu/Rongali Bihu is the biggest festival of the people of Assam. It is a festival that transcends all religious and class barriers bringing people together in a free and uninhabited manner.It brings a sense of solidarity and unity among the people of the Assam region.

The word Bihu is derived from visuvan/bihuban that describes a number of festivals in India that are associated with the March equinox. In Assam, the Rongali Bihu draws from many different traditions—Austro-Asiatic, Sino-Burmese and Indo-Aryan—and is celebrated with particular fervor. Celebrations begin in the middle of April and generally continue for a month.

Rongali Bihu (mid-April,with the beginning of spring season also called Bohag Bihu), celebrates the onset of the Assamese New Year (around April 15) and the coming of Spring. This marks the first day of the Hindu solar calendar and is also observed in Bengal, Kerala, Manipur, Nepal, Orissa, Punjab and Tamil Nadu though called by different names. It's a time of merriment and feasting and continues for several days. The farmers prepare the fields for cultivation of paddy and there is a feeling of joy around.

N.B. information from wikipedia and Festivals of India site.

here are some pictures... 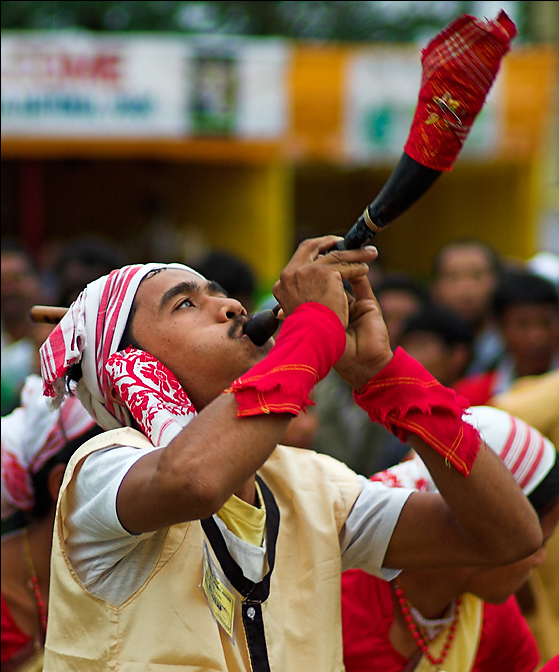 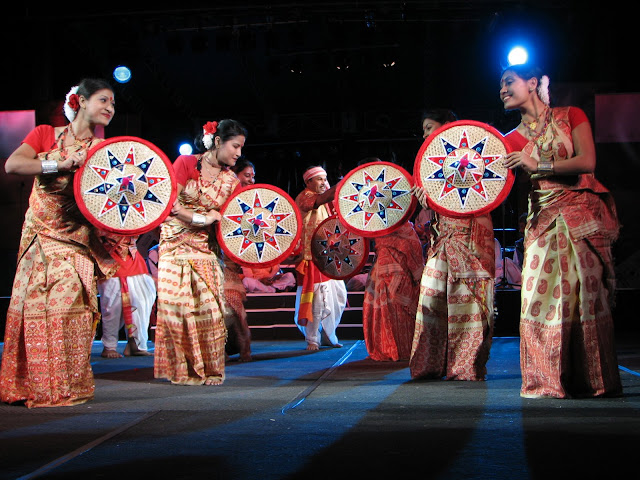 So, the Bihu we more known is Rongoli Bihu, very good update,

Though belated, a Happy New Year to you.

My daughter's in laws are from Jorhat!

Ray said:
Though belated, a Happy New Year to you.

My daughter's in laws are from Jorhat!
Click to expand...

From Jorhat!! really nice to know that and my pleasure to know that you have a Jorhat connection. Belated Happy New Year to you to Sir.
V

My best wishes with all of you chaps, no matter which of these festivals you are celebrating...

Ray said:
Though belated, a Happy New Year to you.

My daughter's in laws are from Jorhat!
Click to expand...

Happy New Year to all of you !