Why the world is wooing India? It's defense deals, stupid!

Why the world is wooing India? It's defense deals, stupid!

On the day India launched a French earth observation satellite and four smaller satellites from Germany, Canada and Singapore, French Foreign Minister Laurent Fabius was in New Delhi for talks.

The wheel has come full circle in just about four decades since India and France started their space exploration cooperation. Then, Indian satellites were being launched using French launch vehicles. Now it is the other way round and India is charging $20,000 per kilo for each satellite launched.

Unsurprisingly, the foreign minister of Singapore, another country whose satellite was launched by India, landed up in New Delhi a day after Fabius' June 30 visit. Shanmugam, who also doubles up as Singapore's law minister, met External Affairs Minister Sushma Swaraj on July 1 and discussed a wide array of bilateral, regional and international issues like Fabius had done with Swaraj the day before.

The next day after the Singaporean foreign minister's talks with Sushma Swaraj, it was the turn of American Senator John McCain, a former Presidential candidate, to sit with the Indian foreign minister. Later this month, US Secretary of State John Kerry too is visiting New Delhi.

So, what is happening? Why have leaders from three P5 nations chosen to visit New Delhi in such a short space of time? Is there a common thread in their India visits?

Well, here is one word answer: business. No, it is not business in the sense of trade and investment. It is much more lucrative than that. It pertains to defense deals which are generally big-ticket and tend to go into billions of dollars.

Fabius had a big ticket deal to pursue with the Indians during his just-concluded India trip: a six-unit 9900 mw nuclear power plant in Jaitapur, Maharashtra. This deal too is likely to be worth $20 billion once the project is fully operational.

But a red rag for India with regard to the Jaitapur nuclear plant, apart from protests by environmentalists and anti-nuclear lobbyists, has been that the plant will be based on EPR (European Pressurized Reactor) technology. Ironically, no country in the world has an operational EPR-based nuclear plant, not even France.

Fabius told the Indians three nuclear reactors using EPR technology are in various stages of construction across the world: one each in China, Finland and France.

Another thing on the French foreign minister's agenda in New Delhi was to make sure the MMRCA (Multi Role Medium Range Combat Aircraft) deal for supply 126 fighter aircraft does not fall through. The deal, once fully implemented, is likely to cost $20 billion. 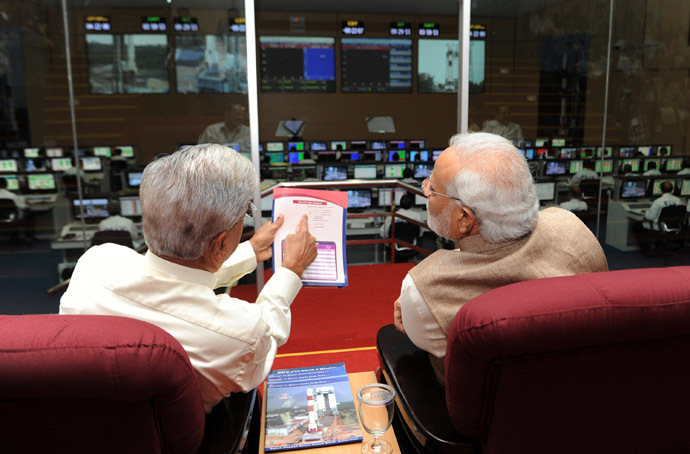 French plane maker Dassault won the MMRCA global competition in January 2012 but the formal contract is yet to be signed. Officials from India and France are engaged in highly technical negotiations involving issues like pricing, work share and transfer of technology.

These negotiations are going to take three or four months more to conclude. However, Fabius went on record by telling journalists at a news conference in New Delhi that Paris was optimistic about the successful conclusion of the MMRCA deal, and hoped that the formal contract would be signed by the end of this year.

Many rivals who participated in the MMRCA competition are not that optimistic about French chances, and are still sniffing an opportunity to bounce back into the game which is not yet over for them.

The UK, for example, is one of the interested parties. The multinational Eurofighter Typhoon, where UK has a stake, was shortlisted along with the French company Dassault, but was eventually pipped at the post. The UK is deriving solace from the tortuously slow progress of the technical negotiations between Dassault and India.

That is why the UK is sending its two top ministers to India later this month.

Then there is the mother of all attractions for major foreign powers to visit India at this point in time. The new Indian government, led by Prime Minister Narendra Modi, is planning to open the Indian defense industry to foreign investment and raise caps on foreign investment in the defense sector which has traditionally remained out of bounds for foreign countries except for a select few like Russia.

There are reports that the Modi government is even toying with the idea of allowing complete foreign ownership of some defense projects with an eye of turning India from a traditional arms importer to a major arms exporter.

This explains the interest of major foreign powers in India, particularly the United States which last year edged out Russia to become India's number one arms supplier.

The Americans have even sought to sweeten the deal for the Indians by promising co-development and co-production of helicopters and Unmanned Aerial Vehicles (UAVs) with complete technology transfer thrown in. This has been the USP of the Russians which had made Moscow the biggest arms supplier to New Delhi for decades. But now the Americans are giving tough competition to the Russians for the Indian defense market, by emulating Russian strategies.

Clearly, the Americans are eyeing the vast Indian defense market and are hopeful of sewing up multi-billion dollar defense deals with India when PM Modi travels to Washington on an official bilateral visit in the last week of September.

The statements, views and opinions expressed in this column are solely those of the author and do not necessarily represent those of RT.

"‹Why the world is wooing India? It's defense deals, stupid! — RT Op-Edge
You must log in or register to reply here.
Similar threads
The other side of the western world not shown
World's Greatest Tributes to the BHARAT's Wisdom
BHARATA : World's Educational Capital
South Korea's fertility rate falls to lowest in the world
Share:
Facebook Twitter Reddit WhatsApp Link