Why Army should upgrade its Russian SAM systems? 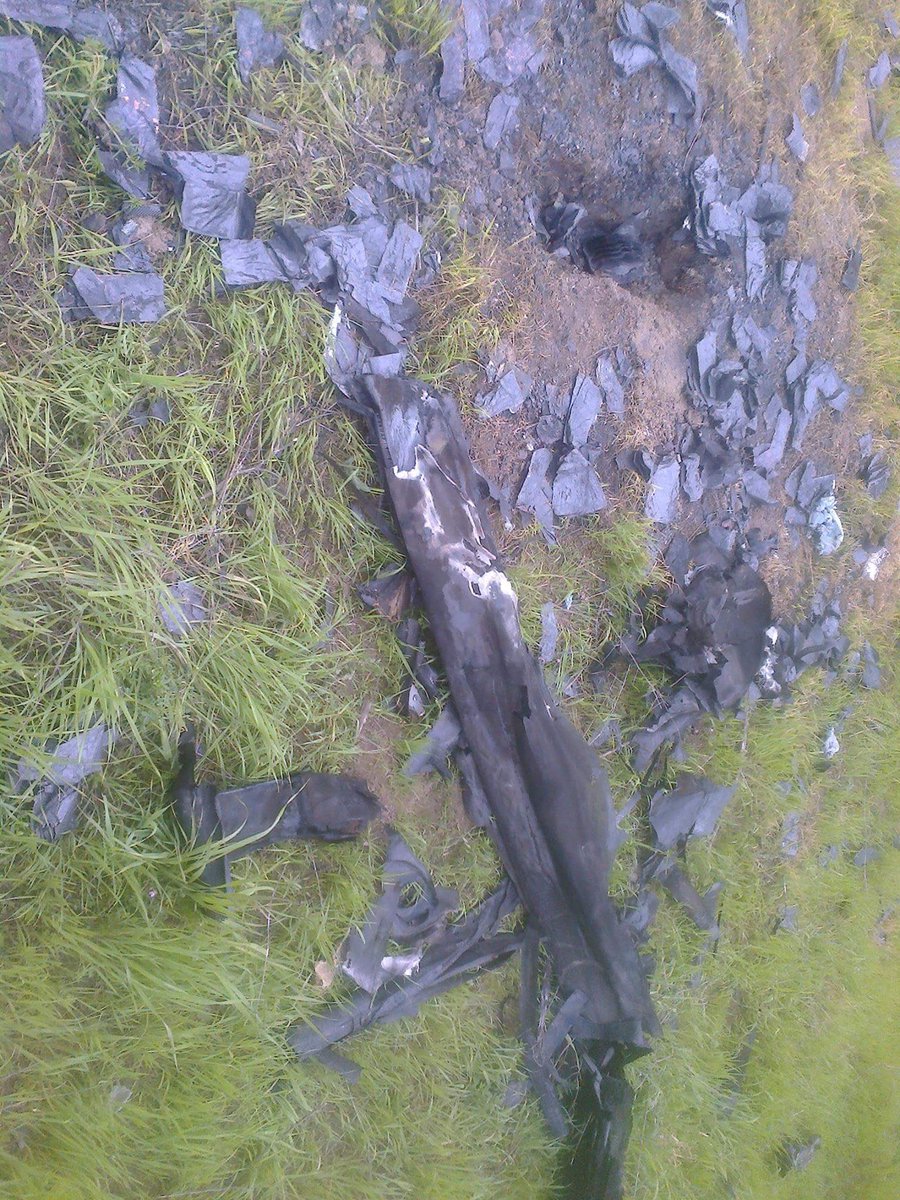 This thread is dedicated to actual performance of OSA, Strela and Kub/Buk SAM systems of Soviet origins.

The SA-6 has served in nearly thirty countries, and still serves with twenty-two. The threat the SA-6 poses to Western aircraft was diminished considerably after captured missiles were analyzed and countermeasures against them devised. The SA-6 has shot down two American F-16 Vipers, one over Iraq during the 1991 Gulf War and another over Bosnia in 1995. The SA-6’s most recent “kill” was in a friendly fire incident in Poland in 2003, when a Polish missile battery accidentally shot down a Polish Air Force Su-22 Fitter attack jet during exercises.

Yes sure. My focus was on high mobility short/medium range missiles.

Rebel Controlled 9K33 Osa shooting down a helicopter in Syria

The first and greatest success of the Georgian air defense system occurred one day after hostilities broke out. In the morning of August 9, they shot down a Russian Tu-22M3 long-range bomber from the 52nd Guards Heavy Bomber Aviation Regiment (Shaikovko Air Base) over the village of Karbauli in the Sachkhersk region of Georgia (about 50 km to the north-west from Gori). During a second bombing raid on the base of a Georgian infantry brigades, a group of Tu-22M3 bombers were following the same route to their target as on a previous run and, according to unofficial sources, decreased their altitude for some unknown reason from 12,000 m to 4,000 m. According to an anonymous Russian military source, the aircraft was shot by a Georgian Osa-AK/AKM (SA-8B) low-altitude self-propelled SAM system.

The USA, the most probable enemy of the USSR at that time were also trying to create SAM system, which would fire on the move - the Mauler.

We were in serious competition with Americans for several years in creating of such weapon system.With mixed success, but such a struggle during Cold War era was what we say do or die contest.After entire row of unsuccessful attempts Americans cancelled their project due to lack of funds,and because they didn't managed to solve part of technological difficulties and problems.Works on this project hadn't stopped in our country.The first variant of the system was presented for trials in the end of 1967. They finished unsuccessfully."OSA" (a wasp) was sent for fundamental redesign.The General Designer Venyamin Pavlovich Efremov led the project since 1968. New combat vehicle was built in just one year.Chassis from Kutaisi was replaced by amphibious wheeled self-propelled platform of Bryansk plant.The antenna post was totally redesigned, which now is integrated with launching platform with 4 missiles.In 1970, 10 years after the project started Surface-to-Air Missile System OSA passed State trials and in next, 1971, it was introduced to service.

"The zest of this system is that this antenna platform hosts three radar stations...I mean this detection radar, the tracking radar, and these two stations for missile sighting, which have these smaller antennas,so, there is also a launch device on it.Meanwhile, there is no shading for tracking and detection radars when missiles are launched."This design solution is not just OSA's zest.All SAM's parts work in same system of axes thanks to location on common turning platform.This fact reduces errors of detection and tracking by order of magnitude,which are usually common among systems with different dislocation of launch platform and radar."Same system appeared in Germany almost simultaneously - the Roland system.That system however had a missile with very short range, a weak warhead, and it had an optical guiding system.They passed to a radar system later, but its properties were not fit to hold a candle to properties of OSA system.

"The weight of OSA's serial production missile became almost twice heavier than it was initially planned.128kg vs 65kg. However, it was reaching speeds up to 500m/s and it could destroy fast and maneuvering targets at heights from 50 to 5.000m.The SAM's range was 8km.Especial attention was given in order to allow new missiles being delivered to units in full ready conditions,without demand for additional testing and calibrating operations while in service.A very short stop was enough for OSA to do its combat job.Targets detection and analysis of aerial situation could be done on the move, right in combat formations of the troops.Time needed for system's deployment is just 3 minutes.

OSA could be built to launch on the move, but designers deliberately rejected this solution."Because the missile has slow speed yet during its start; while there are chassis's oscillations when moving,and transported accelerations of the chassis pass to the missile.So, the missile turns under undefined angle, until the moment when it will completely leave the launch platform.There were such attempts, but all of them were ending up unsuccessfully.If you increase the exit speed of the missile, then there will be serious troubles with retaining of the design."Engineers were forced to invent several design cunnings because the antenna post was in direct proximity with launch platform.Antenna of tracking station got special cutouts in order to not get damaged by missile's control surfaces during the launch.There is a special screen provided on the back, which takes the jet of missile's gasses away from SAM systems.

Works on its modernization started practically simultaneously with introduction of OSA SAM into service.The new system has got "AK" index and it passed State trials successfully in February 1975.The main difference of OSA-AK SAM from its predecessor lays in launcher.Open missiles were used in the first OSA. They could be easily damaged in combat environment."Decision was taken to place a missile into a container and this allowed increase of ammunition.The first OSA systems had 4 missiles, but when we passed to containers they got 6 missiles.Meanwhile the design of launcher itself allows easy reloading."Properties of radars were also improved. Their resistance to jamming was increased.Now they could destroy even more fast and more maneuverable targets.The range was increased up to 10km, while the minimum altitude was lowered to 25m."

OSA has quite high properties in jamming environment. It has quite big energy potential.OSA can destroy carriers of active jamming systems. It guides the missile right on source emitting jamming signals.OSA is protected from multiple impulse jamming... both against detection and tracking radars."The subsequent, third modification, OSA-AKM SAM was accepted for service in 1980.This system was taught to deal with fire-support helicopters.OSA got a unique ability to sting a rotorcraft enemy even if it was hovering almost at zero altitude.A special missile guidance method is used in this system with help of tv-optical viewfinder.Errors in angle of elevation during tracking of low flying targets increase because of ground's effect.In case if there is a line of sight to target, then they operate determining target's coordinates in elevation by optical sight,and by azimuth... while the radar tracks the target by azimuth and range.Combined error is reduced in this case and effectiveness rises of course.

"Another indisputable advantage of this system is its simplicity.Many of those who mastered it say that shooting with OSA is like firing a handgun - always reliable, always effective.Such comparisons well-characterized the attitude toward the system and reliability of its systems.OSA SAM has a rich combat history. It is one of the most belligerent among domestic Surface-to-Air Missile systems.Essentially not a single serious military conflict from early 70s of the previous centurywhere the USSR or allied countries were participating, didn't pass without use of OSA.The new SAM got its first baptism by fire during war of Israel against Syria and Egypt,and it proved to be an unpleasant surprise to one of fighting sides.

OSA shot down several planes in April 1981, when Israeli Air Force was bombing Syrian troops in Lebanon.Israeli pilots were trying to don't enter areas covered with these Surface-to-Air Missile systems."While the Israeli Air Force destroyed practically the entire Air Defence, then "OSA" remained unharmed.There wasn't a loss even of one combat vehicle.And Israeli pilots were afraid going in OSA's action zone."OSA proved to be a hard nut to crack for Israelis.They used practically all known to the moment means of radio-electronic warfare against it.However, Israelis managed only to confirm one of the main conclusions of state trials in Emba;that OSA surpasses all Army SAM systems of its generation in level of resistance to jamming.That's why Israelis were not relying too much on the newest electronics when dealing with these systems delivered to Syria.They were attacking SAM sites with UAVs, forcing SAMs to spend their missiles and only then Israelis were delivering a powerful air-strike with airplanes.This tactic was proved more than successful.Fantastic for those times mobility of the system was also turning OSA to very hard target to get.SAM was taking position, locking a target in auto-tracking mode, launching a missile... and then disappearing.Just few minutes were passing for entire procedure.Same properties of OSA allowed it fighting successfully in a much later conflict - the Operation "Desert Storm"According to different sources, OSA SAM has both, cruise missiles and combat aircrafts of US forces, in its score during the first war in Iraq.

OSA painted in desert camouflage was displayed at air show dedicated to 60 years of the US Air Force. And it had big attention of public.This particular combat vehicle is used for training of USAF combat pilots in Red Flag exercises,pretending Air Defence forces of potential enemy.OSA SAM also had a naval version.Meanwhile the naval variant of this system could be installed not only on low-tonnage ships like frigates, corvettes, patrol boats,but also on civil ships, mobilized in case of war.The naval OSA was designed for this purpose in such way, that it was consuming a minimum of under-deck space.

Protection of ships against anti-ship missiles was a problem of state importance, during years when OSA was in development.Actually it was even a world-wide importance.Leading naval countries of the World were working on creation of naval based SAMs.OSA was proved to be one of the most effective ones.Particularly it was destroying the Soviet P-15 missile with confidence.The Egyptian Navy sank the Israeli destroyer "Eilat" using two such missiles in 1967.Today, there is "TOR" Surface-to-Air Missile system in arsenal of Russian Army.It's a SAM of next generation. It's more effective, more modern.It guarantees destruction of fast small targets, including high-precision weapons.However, the troops are not in hurry to retire OSA.It comprises the backbone of Army Air Defence till today.And it successfully deal with aerial threats even in difficult modern tactical environment.Target imitating system "Saman" was built based on OSA.It can simulate various targets, from cruise missiles to fighters.

One of modernization variants of "OSA" SAM was presented in 2005 at MAKS air show.The SAM got a Laser Warning System and Optical-Electronic Jamming System.The target tracking subsystem is improved with day-night optical-electronic system. It increased jamming resistance significantly.OSA got a telecode communication channel with the Command Post.A special distracting system will cover OSA against anti-radar missiles, which are a threat to any Surface-to-Air Missile systems.This system creates a fake SAM site.Crew operating conditions are also improved. The cabin got A/C system.Army Surface-to-Air Missile system "OSA" was developed to have a lot of potential for the future from the start.That's why a potential of its modernization is far from being exhausted.OSA gets constantly improved. Its versions will be able to compete on par with SAM systems of later generations.

OSA-AKM is upgraded via polish, But unreliable and does not count in modern SAM system ..
You must log in or register to reply here.
Similar threads
Should Indian Army Upgrade MI-35 ?
Scenario: Should our Army be Barbaric and cruel
Should next-gen guns kill or wound? Army debates
Indian Army Should Procure Some Infantry Carrier Vechile to Counter terrorists in Jammu and Kashmir
Share:
Facebook Twitter Reddit WhatsApp Link