Who is Vladimir Putin?

bose said:
If there were no Stalin, defeating Nazi Germany would not have been possible...

So Stalin did bring peace in Europe by defeating Nazi's...
Click to expand...

Just before that two dictators divided Europe among themselves.

Akim said:
Just before that two dictators divided Europe among themselves.
Click to expand...

Why do you ignore British PM Churchill was his conduct during the war less evil ? It is all perception ... The whole of Europe then was exploiting people whether inside the Europe or outside in the reast of the world...
A

bose said:
just relax, Indians are not emotional about Russo-Ukrainian conflict... This conflict was US creation similar to what the mess they created in Iraq, Libya and Syria ... Indian like me [ I come from rightwing background] hate the American duplicity and not the American people... I had fond memories in America and their people...

It is right Russia is not USSR...
Click to expand...

Sure.. understand .. thats why I said Ukro-Russo are bound to kiss and make-up once regime changes on either one side(ie either US wins or Russia.) Ukraine unwittingly has become American pawn in the game between two, for utopia of economic progress under American tutelage. Ukraine must chart its own path. Seriously, makes a fitting case for joining non alignment.

bose said:
Why do you ignore British PM Churchill was his conduct during the war less evil ? It is all perception ... The whole of Europe then was exploiting people whether inside the Europe or outside in the reast of the world...
Click to expand...

Churchill became Prime Minister in may 40 years. Where: Poland, Denmark, Norway, Benelux and the Baltic countries?

I did not get your point... anyway it was Europe's was and started by wise and peaceful European leaders from either side you may see... winning or losing side...

bose said:
I did not get your point... anyway it was Europe's was and started by wise and peaceful European leaders from either side you may see... winning or losing side...
Click to expand...

You don't like Churchill because he brought to the Indian people a lot of grief. There is a saying: Cвоя рубашка ближе к телу. (At court everyone is for himself) .
G 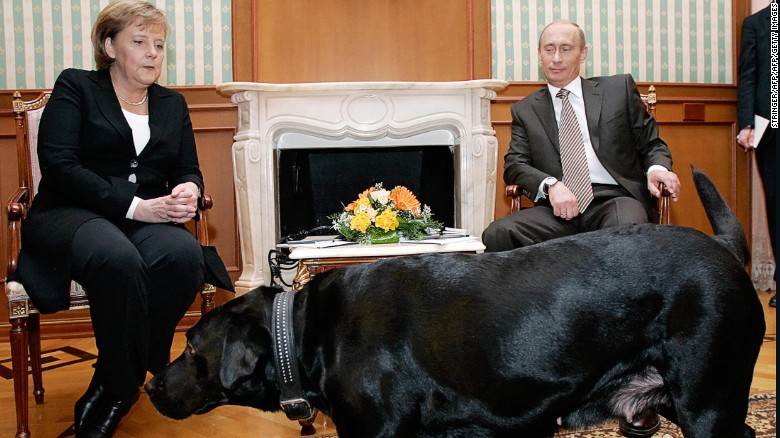 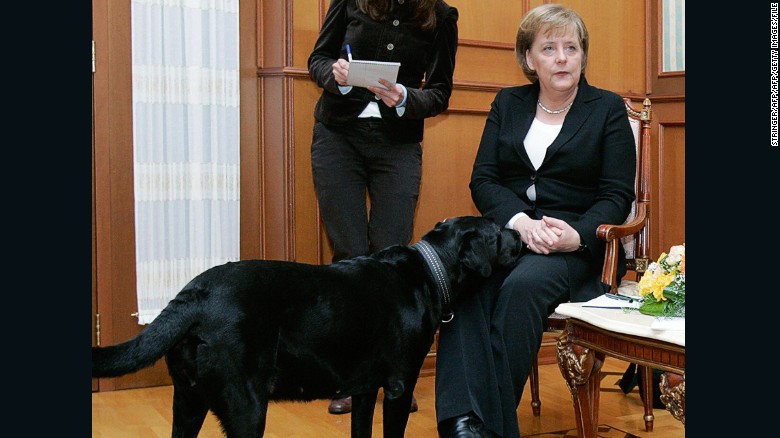 Must be starving now as there's no money to feed him. 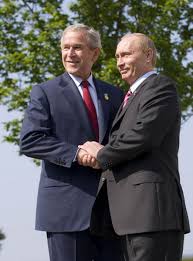 He did that with MMS a lot.

Never seen him doing the same to Modi though, atleast not yet. Or maybe I haven't seen enough pictures. 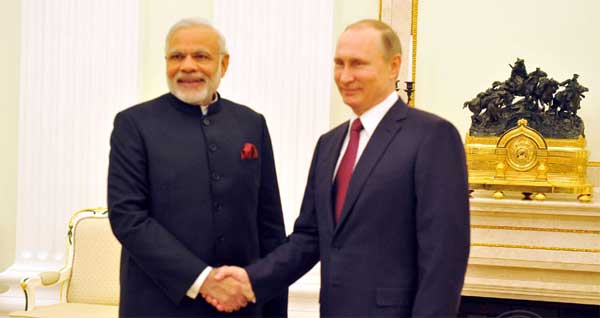 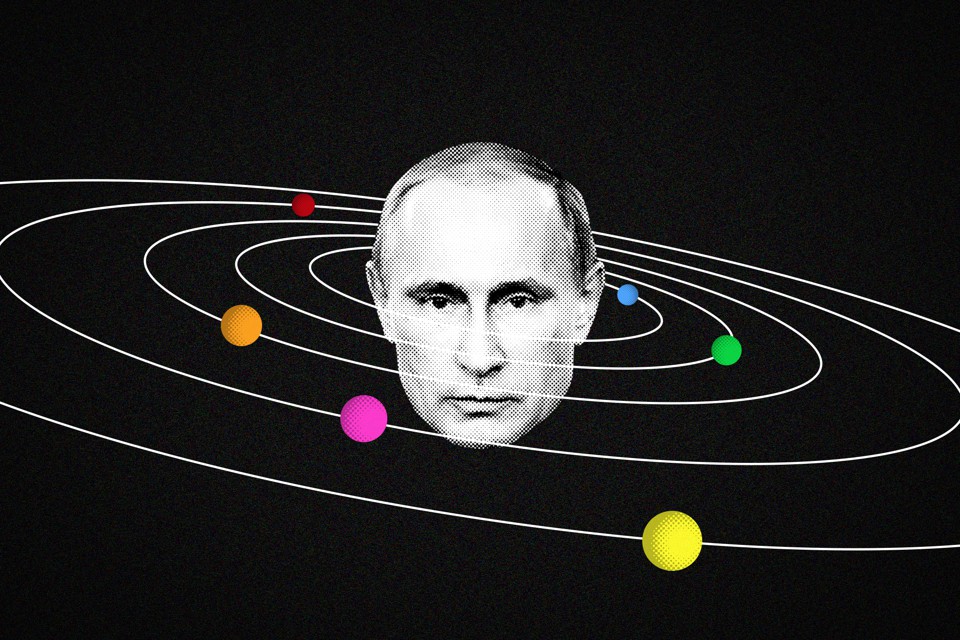 Putin had never spoken glowingly of the West, but grim pronouncements about its fate grew central to his rhetoric. He hurled splenetic attacks against the culturally decadent, spiritually desiccated “Euro-Atlantic.” He warned against the fetishization of tolerance and diversity. He described the West as “infertile and genderless,” while Russian propaganda derided Europe as “Gayropa.” At the heart of Putin’s case was an accusation of moral relativism. “We can see how many of the Euro-Atlantic countries are actually rejecting their roots, including the Christian values that constitute the basis of Western civilization,” he said at a conference in 2013. “They are denying moral principles and all traditional identities: national, cultural, religious, and even sexual … They are implementing policies that equate large families with same-sex partnerships, belief in God with the belief in Satan.” By succumbing to secularism, he noted on another occasion, the West was trending toward “chaotic darkness” and a “return to a primitive state.”
Click to expand...

The French embrace of Putin has roots in the country’s long history of Russophilia and anti-Americanism. But Putin’s vogue also stems from the substance of his jeremiads, which match the mood of France’s conservative base. As French book sales reveal, the public has an apparently bottomless appetite for polemics that depict the country plummeting to its doom. Much anxiety focuses on the notion of le grand remplacement, the fear that France will turn into a Muslim country, aided by native-born couples’ failure to reproduce. The gloom is xenophobic, but also self-loathing. Right-wing polemicists bellow that France will squander its revolutionary tradition and cultural heritage without lifting a finger to save itself. The defining screed is Éric Zemmour’s The French Suicide, an unabridged catalog of the forces sucking the vitality from his country—post-structuralist academics, unpatriotic businessmen, technocrats in the European Union.
Click to expand...

In 2013, the columnist Pat Buchanan championed Putin as an enemy of secularism: “He is seeking to redefine the ‘Us vs. Them’ world conflict of the future as one in which conservatives, traditionalists, and nationalists of all continents and countries stand up against the cultural and ideological imperialism of what he sees as a decadent west.” This type of homage became a trope among conservative thinkers—including Rod Dreher and Matt Drudge—and in turn influenced their followers. In mid-2014, 51 percent of American Republicans viewed Putin very unfavorably. Two years later, 14 percent did. By January, 75 percent of Republicans said Trump had the “right approach” toward Russia. (When asked about this change, Putin replied, “It’s because people share our traditional sensibilities.”)
Click to expand...

Gessler said:
Never seen him doing the same to Modi though, atleast not yet. Or maybe I haven't seen enough pictures.

That's because both are Narcissist and consider themselves world leaders in their Lala land.

Recently, Russian Ilyushin-76 airborne firefighters have been working to fight forest fires in Chile. The app is a result of that.

Former Fox host, now NBC host, Megyn Kelly, interviewed Vladimir Putin. Here is an important portion, that, as per the uploader, was edited out by NBC.

NBC edited out Putin's hard truths - here's what you missed

If you watched the news conference last week in St Petersburg, Russia during economic forum where Modi and Putin were being asked questions by American reporter, Megyn Kelly .,you get a glipse of Putin's personality.
Firstly, when Modi was asked if he would agree that Russia interferes with small neighbors internal matters...
before Modi was ready to say something...Putin jumped in saying.."you should ask that question to Maldovian president" That was a clear attempt to save Modi as this was a "trap" question. Modi got a few seconds due to this distraction and was able to get away by saying " you don't need lawyers like me to mediate in this big people's disputes" So, Putin is quick thinker and has a tendency to take risks to protect his friends and allies.

Secondly, when repeatedly pushed and cornered by accusations by Megyn about Russia's role in Trump victory, you can see the obvious irritation ,annoyance and some anger on his face and he snapped back saying things like " have all of you lost your minds?" etc.

Third very interesting observation was about him is when Putin said " It's very hard to trick a "hindi" ...we are simple people..(inaudible) In other words...you can not fool Indians (India) by your tricks as they understand
all tricky manouvers ( they understand your English very well...LOL)

Putin takes very subtle and pointed jibes which gives a glimpse of his internal mental state to an astute observer.
At times, he is very direct and boldly states what he believes and comes across as a confident, fearless leader who is convinced that he is right and can not be suppressed. I think this boldness is what Russians like most and thats why his approval rating in Russia hovers around 80 to 90 %.

In Short, Vladimir Putin is a patriot and a great son of Russia. Some don't like it..but well....

Putin's Humor and the reaction of Angela Merkel - An anecdote about the wedding night!!!

Putin said : They can work different ways during wedding night, but result must be one only.!!!

Akim said:
You don't like Churchill because he brought to the Indian people a lot of grief. There is a saying: Cвоя рубашка ближе к телу. (At court everyone is for himself) .
Click to expand...

He starved millions of Bengalis and let them die in famine so that European soldiers can be fit for battle. He is a war criminal.
Sorry we are not a fan.

Kay said:
He starved millions of Bengalis and let them die in famine so that European soldiers can be fit for battle. He is a war criminal.
Sorry we are not a fan.
Click to expand...