All the talk of wargaming got me super interested. Picked up two I could find. 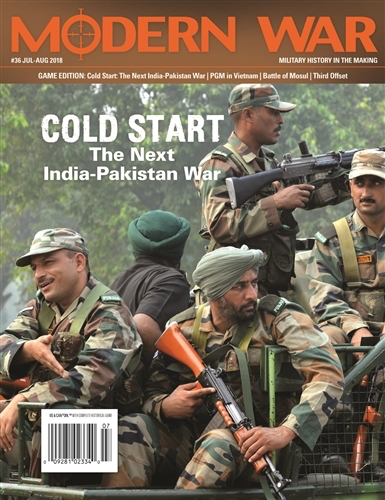 This game is about a brutal short campaign of heavy attrition that can go nuclear any time. Combat is division level and Units get taken out pretty quick. (Designers note its not that the unit is destroyed just that it has taken too heavy losses to function). With the nuclear threat always looming, each time a player uses a nuke, there is a risk of the exchange going strategic meaning game over. Played it once but found its replay value was limited.

Then picked up this baby 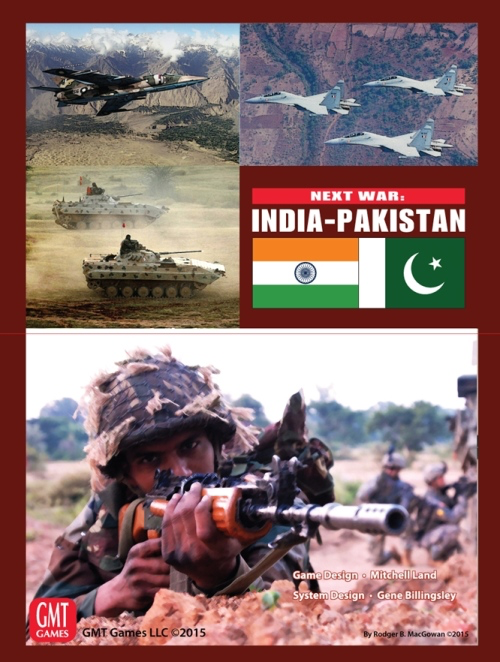 This game has 5 specific scenarios (Kashmir, Enough, Lahore, Border War and Loose Nukes). The last 2 are advanced scenarios with UN intervention, International posture playing a role as well. Finally there is the option just stack everything its starting point and run a general campaign as you see fit

This game has potential intervention from

Except China all others intervene on the side of India.

This game comes well packaged in its own box which is big improvement from the last game which was a basically a small magazine add on. The only pain point is that with all the play aids the map and holders for counters, its too wide to be played on a table. 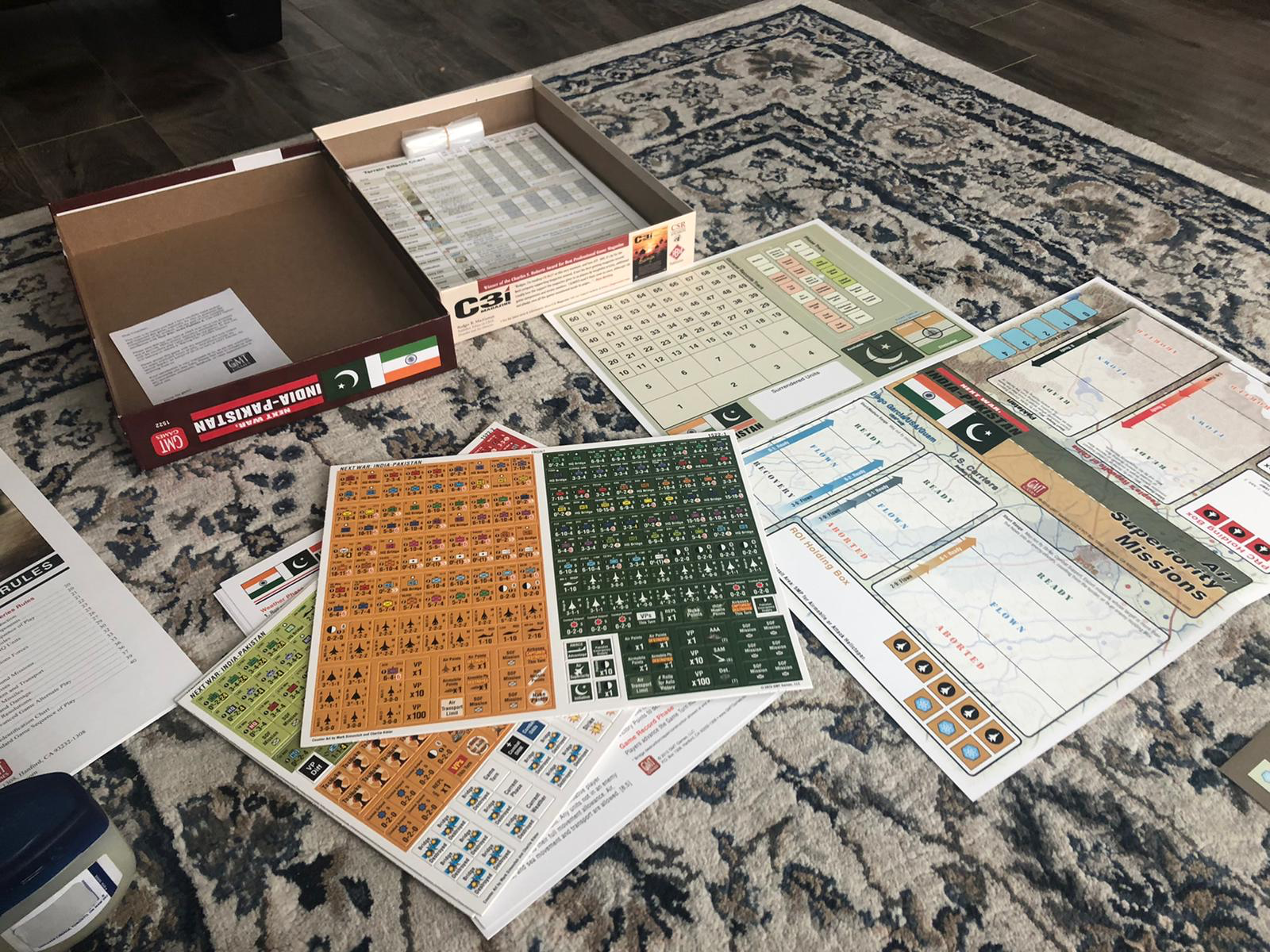 The markers and the playaids 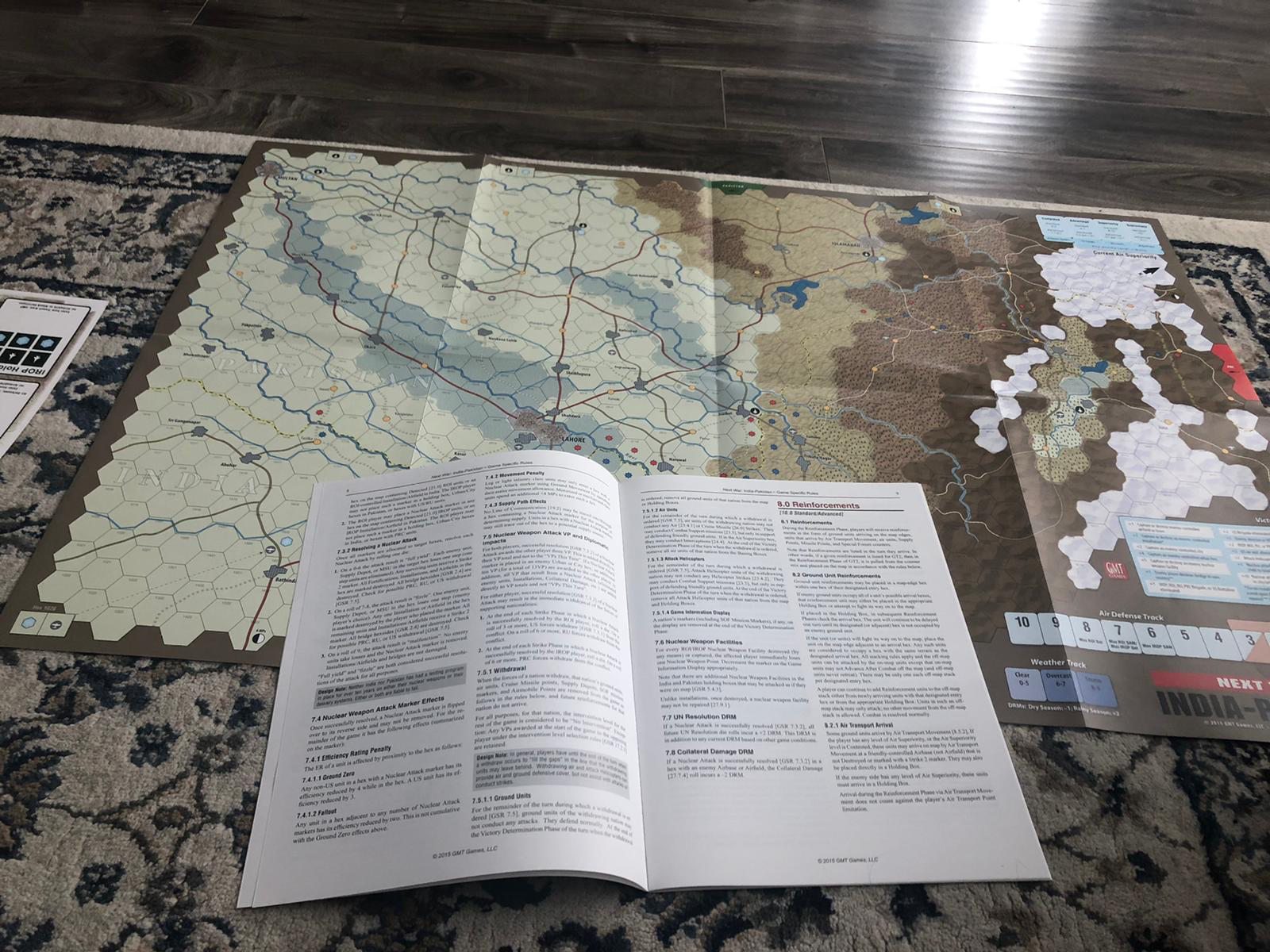 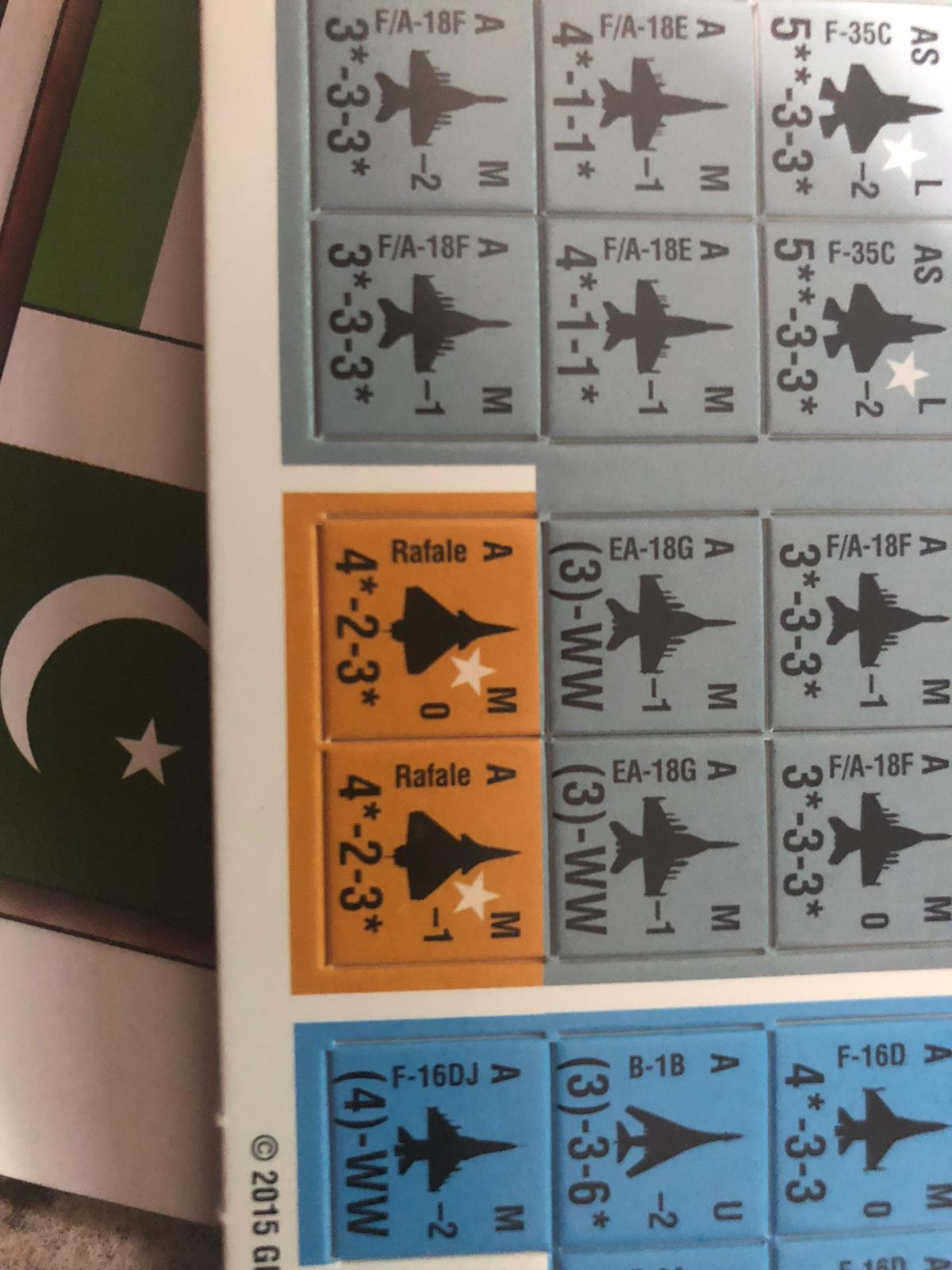 This game first published in 2015 also allowed India to include 2 units of Rafales. Now that's what I call thinking ahead.


I played the first scenario - Kashmir which is basically a mad rush for Kashmir with Chinese Airborne elements thrown in. Playing as both India and Pakistan (as honestly as I could) I almost caused an upset Pakistan victory save for 1 mistake and a few luck dice rolls.

The game ended with India still holding Srinagar while Uri, Poonch and Baramulla were held by Pakistan. Chinese Airborne units and a Pakistan division were holed up in Anantnag surrounded by 3 Indian Brigades and 2 other divisions. The VP counter awarded the game to India.

Play time was 2 hours for Kashmir. Other scenarios should be even longer. Can wait for the next Friday night.

Accuracy aside, I am thinking of putting an AAR for the Kashmir campaign. Let me know your thoughts. Cheers.

WHere did you get it from?
J

jamwal said:
WHere did you get it from?
Click to expand...

Edit - its sold out there.
here is an Ebay listing

Not to mention all the duties and idiotic custom charges.
You must log in or register to reply here.
Similar threads
Taiwan wargames against china attack
Anyone Plays ARMA 3 and Wargame EE/Airland or other sims?
India holds wargames along China border
IAF's biggest ever wargame 'Operation Livewire' deferred
Share:
Facebook Twitter Reddit WhatsApp Link