MOSCOW, May 9 (RIA Novosti) - A military parade involving over 9,000 personnel, 103 sophisticated tracked and wheeled military vehicles, as well as 69 aircraft and helicopters was launched on Moscow's Red Square at 10:00 a.m. Moscow time (06:00 GMT) on Saturday, when Russia celebrates Victory Day.

Victory Day marks the final surrender by Nazi Germany to the U.S.S.R. in WWII, often referred to as the Great Patriotic War in Russia and other states in the former Soviet Union.

"Any aggression against our citizens will be met with an adequate response, and the future of Russia will be peaceful," he said.

The parade, which is accompanied by a large military orchestra of 1,100 musicians, is divided into three parts - a march pass, involving military personnel, followed by sophisticated hardware and a fly over by combat aircraft.

Russia's advanced S-400 Triumf air defense systems are displayed for the first time in the parade.

This year's event is largely considered a rehearsal for a grandiose military parade in 2010, when Russia celebrates the 65th anniversary of the victory in the Great Patriotic War.

The first Victory Parade was held on Red Square on June 24, 1945 on the order of the then-Supreme Commander-in-Chief, Joseph Stalin.

Under a new law recently signed by President Medvedev, Victory Day parades involving military hardware are held this year for the first time in 23 Russian cities, rather in Moscow alone.

Whenever some leader/Government/Nation starts parading around massive missiles it always reeks of insecurity in a certain area. Overcompensating much?

Shiny Capstar said:
Whenever some leader/Government/Nation starts parading around massive missiles it always reeks of insecurity in a certain area. Overcompensating much?
Click to expand...

exactly correct sir and all this show might be an aim towards the new talks to be held between russia and the us regarding missile defence and putin has also issues a statement regarding this that russia will try to build pressure on the us .
but apart from the the real thing is that russia is desperately trying to revive its old age systems and also this years march is a dress rehersal for next years 65th year which will be grand celebration also from this year on russia has simultaneous marches<with weapons> on 8 other cities other than moscow which was not the case before its a first

Whenever some leader/Government/Nation starts parading around massive missiles it always reeks of insecurity in a certain area. Overcompensating much?
Click to expand...

Such military parades take place in many countries around the world, not just in Russia. India, China, Cyprus, Ukraine, the Dominican Republic etc. 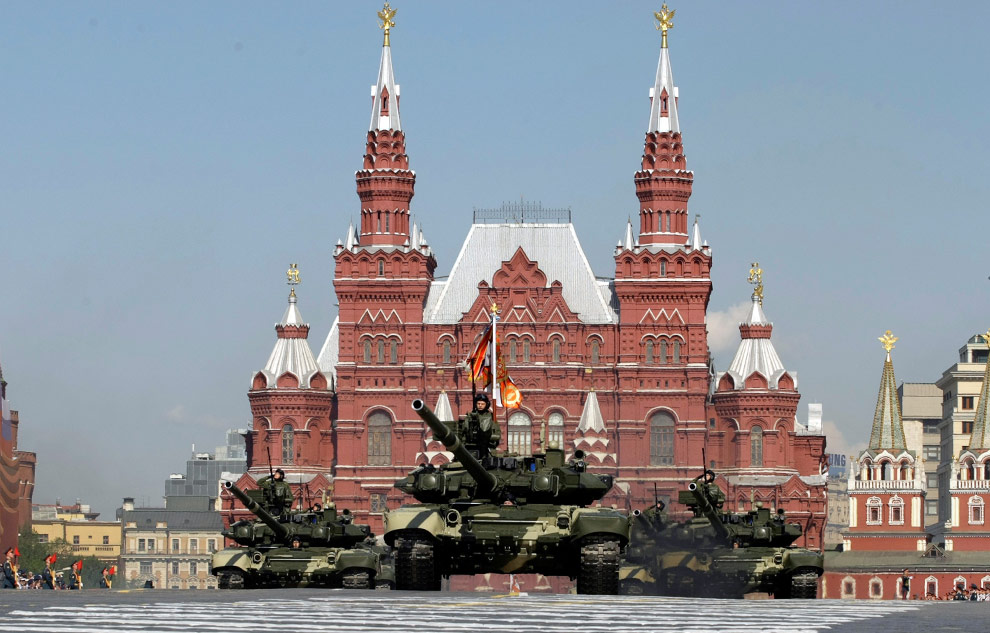