I would say don't believe in just anything.


Jailor said:
Probably more to the story then two pics are trying to show, when cops shoot someone their body language is way different, check out other videos of cops shooting.
Secondly why are his pants off?
Was he taking a shit like that dumb white girl?
Was he really homeless?
Where is the place, is it a homeless shelter or a riot ground?

Lot's of questions don't be quick to fall for propaganda with two pics and two liners (Palestine wood).
Don't become a believer.
Click to expand...

Same views. In India we have seen enough cases like that when things are portrayed just the opposite to gain sympathy.

We have seen enough of it in Kashmir and pakis getting embarrassed. 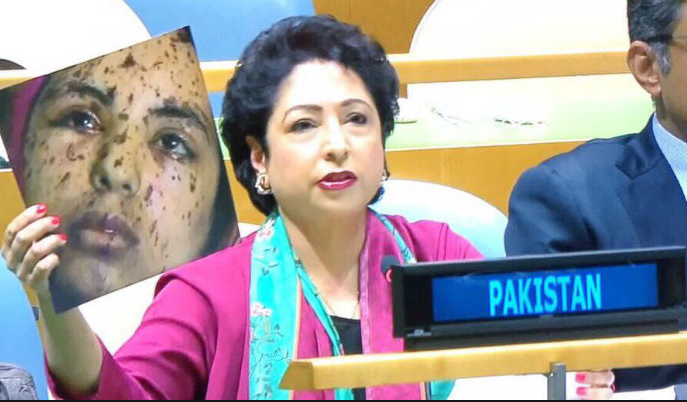 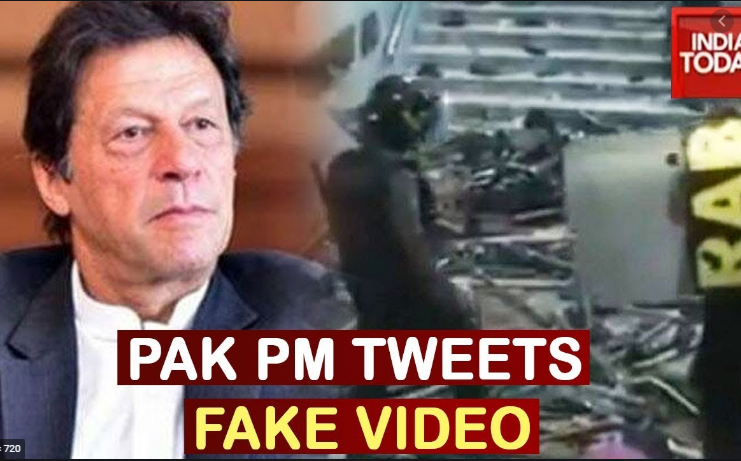 Sanglamorre said:
What made you think the police shot him? What if it's an ANTIFA terrorist?
Click to expand...

Exactly...as a fact antifa has more points to score by any such image of Police. We have to be VERY careful not to believe just anything.

These leftist/antifa type people have black belt in portraying wrong images/tactics to make a spark into massive fire. Before truth comes out a city is burned into ashes.

Ok guys so talking of NGO's.

Here is how NGO's take part in anti-national activities. I wonder how is he still roaming around free. These people are dangerous than any stone pelter or terrorist with a AK-47. 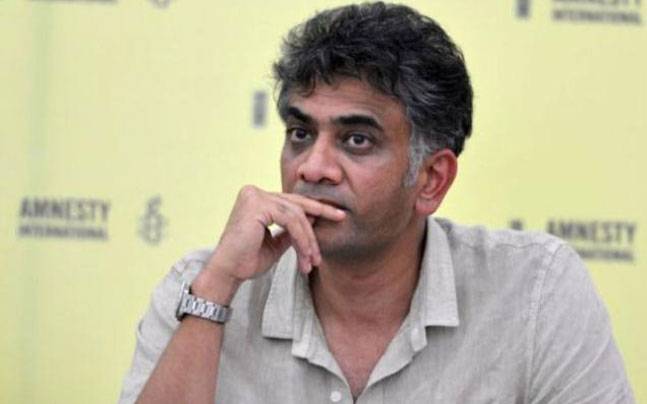 A FIR has been registered against journalist and Amnesty International India’s Executive Director Aakar Patel for saying that Muslims and Dalits should do protests like the ongoing protests in the USA againat George Floyd killing.

According to a report by Deccan Herald, the case has been filed after Napgaraja DR, a police inspector at JC Nagar police station in Bengaluru accused him with charges of provoking and instigating people from minority communities to organise similar protests across India.

On 31st May, while quoting a tweet by Colorado Times Recorder featuring a video of thousands of people protesting in Capitol in Colorado, Aakar Patel had tweeted that India Muslims, Dalits, Adivasis, women and poor also need to do protests like these. “We need protests like these. From Dalits and Muslims and Adivasis. And the poor. And women. World will notice. Protest is a craft,” he had tweeted. 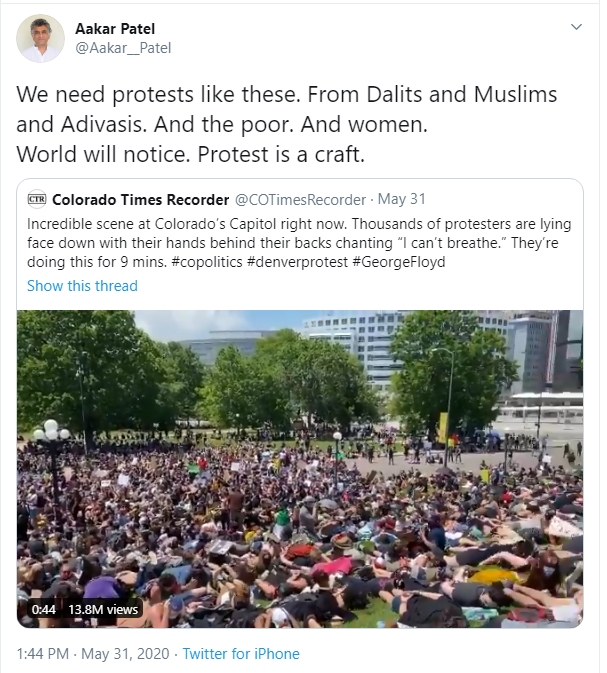 Screenshot of the tweet
In the video, thousands of people were seen lying face down on the ground and chanting “I can’t breath”.
The complaint filed by Nagaraja said that Patel called on minorities, backward, poor and women to stage protests like the one seen in the video. He said that several people had objected to Patel’s tweet.
Aakar Patel has been booked under IPC sections 505(1)(b) (with intent to cause, or which is likely to cause, fear or alarm to the public, or to any section of the public whereby any person may be induced to commit an offence against the State or against the public tranquility), 153 (Wantonly giving provocation with intent to cause riot) and 117 (Abetting commission of offence by the public or by more than ten persons).
Read- Woman ‘protestor’ poops on an overturned police car in middle of riots in America. Watch the video (or maybe not)
Police officers have said that cybercrime police and state intelligence officials are monitoring reaction of people towards the violent protests in the US. One officer said that they have taken up the case and probing the matter.
Although the video posted by Aakar Patel showed a peaceful protest, the ongoing protests in the United States have been marked by widescale violence, rioting, arson and looting. The killing of African American George Floyd by a white police officer in Minneapolis had led to nationwide protests, which soon descended into violence and riots. Protesters have attacked police teams and burnt police vehicles, looted retails stores, and burnt down houses and public places, including historic places. Several left-liberals have been calling for similar violent protests by Muslims in India. As a result, security agencies have become vigilant about such posts promoting violence in India in the line of violence in US.
Reacting to the case filed against him, Aakar Patel told Decan Herald, “I don’t think the case should have been registered. I don’t think it will go anywhere.”

Guys, before you form some sweeping judgement on the current situation and take sides, check the thread #policebrutality on Twitter. 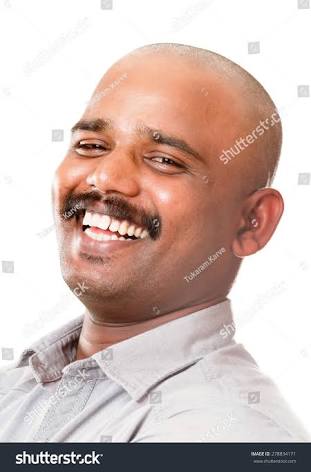 Richest man of the earth is supporting all these voilent protests . 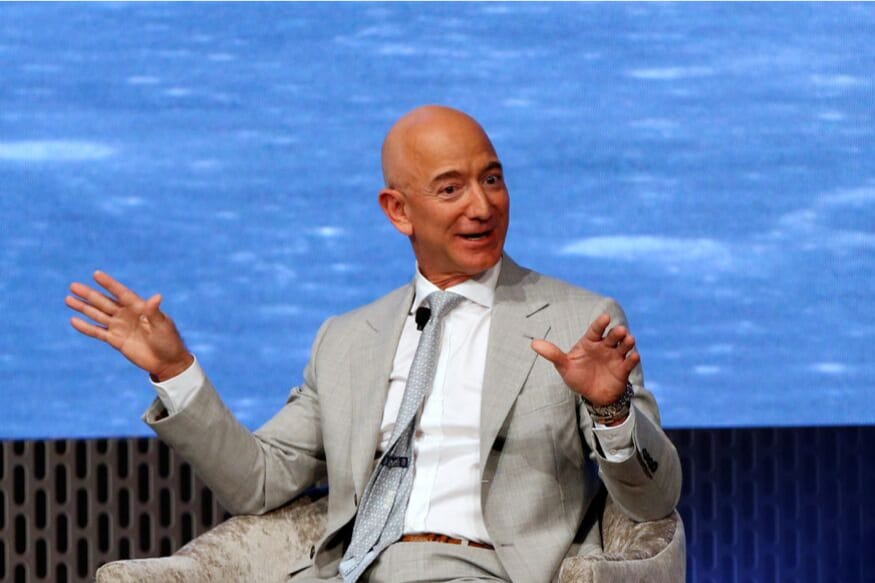 Amazon Founder and CEO Jeff Bezos has explained why the Black Lives Matter movement is not an insult to others.

hit&run said:
Every ordinary American seems mentally retard to me these days.

I had a bit of run into few of them and their poodles from counties like Australia, UK and few cowards from India on a forum before getting banned. They have totally lost it to propaganda by CNN.

It was mind boggling to see that they continuously use CNN as a source of valid information and that too with great conviction.

I warned them that they are tearing their nation apart. It actually all started when they rioted on streets after Trump’s victory and then Impeachment.

Their derangement syndrome was not a derangement anymore but an advance stage schizophrenia.

The conservatives I think have gone into hibernation and enjoying the show of this unchallenged dominant Left liberal circus that has abducted every single policy and discourse that nation is now churning out.

These sick people are very good in shifting the blame and doing psychology projection of their own negativity on others. There is no hope that they will ever be honest when writing history of their doom which they themselves have conjured.

The cost of their liberalism which they also enforced on other nations without minding its balance has come home to roost.
Click to expand...

Sir, write an article on this, if you can here.
Becuase it is good.
WANT to know more what is happening there?
Maybe tell us your daily interactions with white man Supreme, that will definitely help us in knowing their psychology.
R

HawkisRight said:
Dude I am on your side chill but don't defend police here..fuck thise antifa loonies but this man is disabled..there is some systematic problem in America ask any brown person who have gone through security check on airports.. Americans suffer frm paranoia
Click to expand...

Americans conquered the land known as America and imposed their system.

I believe in might makes right ,if they can hold it they can keep it and apply all the rules and police system they want.

No external source whether it us brown people,asian people,etc shouldn't have any say.if you live in their country you live under their system or get out.

Why I'm against this in principle is that same argument can be used aginst us when we try to clean up our country.

I don't believe in human rights but in real politik and power.i know from history and the experience of western culture And countries like uae that all these police brutality and human rights sgit is used to constrain good natured races and countries against terrorists and anti nationals,infiltrators.

Look what other races have done to white countries because they got soft.what is trial rubbed in the west is eventually used against India,china and other non white developing countries.till now China's method has proven effective against this and I recommend it.

airtel said:
Richest man of the earth is supporting all these voilent protests .

Amazon Founder and CEO Jeff Bezos has explained why the Black Lives Matter movement is not an insult to others.

He will support up until the point, one of his mega warehouses is looted in the name of protest.

ezsasa said:
He will support up until the point, one of his mega warehouses is looted in the name of protest.
Click to expand...

His wife looted him in divorce settlement , he lost 38 billion $ and now she is the richest woman on Earth .
But still Amazon is supporting Feminism and feminist NGOs .

The second wife and her family seem like trash.
That woman shared naked pictures with her brother....

Just a matter of time until she gets a big pie as well.

maybe liberals have more dirt on him.
anyone who know how he behaves with this employees, will never let him near them. Those horror stories are bound to come out sometime or the other.
I always believe that rich people don’t have ideologies, they have interests.

ezsasa said:
maybe liberals have more dirt on him.
anyone who know how he behaves with this employees, will never let him near them. Those horror stories are bound to come out sometime or the other.
I always believe that rich people don’t have ideologies, they have interests.
Click to expand...

It’s in public domain. Read them long time back, atleast 4/5 years ago.

my recollection was that, this chap is a borderline psychopath.

But keep in mind, it could have been a hit piece as well which forced him to go libtard.
Last edited: Jun 8, 2020
L

HawkisRight said:
Sir look at those visuals that's not what terrorist looks like.i know police are on edge because of situation and who knows police would have helped him later with medical but American system seriously needs work to do after everything calms down
Click to expand...

As one of the replies mentioned, he was close to and part of a group of rioters.
The police didn't fire AT him, they fired towards a block of rioters and hit him by mistake.

Classic game of using selective pictures to distort the picture, it's a textbook they follow across here as well.

And imagine if there were no police or they just backed away instead of firing, do you think those "protestors" would have picked flowers and gone away?
You will have plenty of old people hurt in riots, who do you think caused most of them, police or rioters?

Feminism is good for business.
Doubles the work force and halved the wages.

“Having a black man in the Oval Office is less important than having one in the home.”

Muslims and BLM supporters are collaborating heavily on twitter/behind the doors . Its part of a well planned strategy

LMAO chicken are coming home to roost.
Churchill statue has been defaced. Lol.

Now I agree with antifa. More of this please. Lol.
You must log in or register to reply here.
Similar threads
USA the Police state
Row in The USA after Police arrests black scholar
Possible Terror Attack in Nashville, USA.
BREAKING: Live updates: Trump says he and First Lady have tested positive for the coronavirus
Share:
Facebook Twitter Reddit WhatsApp Link