On August 11, former vice president Joe Biden announced California Senator Kamala Harris as his running mate. During the last weeks of the presidential campaign, both they and incumbent Donald Trump will seek to define the narrative surrounding their leadership. The irony is, of course, that since the end of the Cold War, it was the crisis no candidate saw coming that has shaped the foreign policy legacy of his subsequent presidency.

George H.W. Bush, for example, never foresaw the need to deploy 700,000 American troops to liberate Kuwait. Bill Clinton mocked Bush’s overseas success with the slogan, “It’s the economy, stupid,” but then became embroiled in wars unleashed by the collapse of Yugoslavia. George W. Bush promised a domestic focus but, after the September 11, 2001 terrorist attacks, he sent US forces not only into Afghanistan but also into Iraq. Barack Obama promised to “end stupid wars” but, eight years later, the United States was involved militarily not only in Iraq and Afghanistan, but also in Syria and Libya. Perhaps Trump was right that the United States should not be the world’s policeman, but rather than be remembered as a peacemaker, his admiration for dictatorships and disdain for alliances has encouraged and empowered autocrats.

Russia, China and North Korea, each targets of Trump’s naïve outreach, represent threats to liberalism and regional stability. The threats they pose are nothing new and the United States works through alliances to contain each. Historians instead may find that Trump’s naïve approach to Turkey was the mistake that ultimately proved most destabilizing. Trump was not the first American leader to underestimate Turkish President Recep Tayyip Erdogan, but the ramifications of Trump’s inaction may well come to overshadow both his foreign policy legacy and that of his successor.

The interplay between Turkey and Trump began on election day. Top aide and future national security adviser Mike Flynn published an op-ed in The Hill, a newspaper whose target audience is Congress, which could have been written by Turkish agents and, indeed, it was; Flynn affixed his name to the article as part of a half-million-dollar payoff only later exposed. That a Trump aide was so easily corrupted encouraged Erdogan to believe he could act with impunity.

In response, Trump was weak. The president backed sanctions when Erdogan seized American Pastor Andrew Brunson as a hostage, but that was the exception to the rule: The White House was silent as Turkey seized a NASA scientist and arrested local embassy employees. It was Congress which acted to block the sale of the F-35 warplane when the Trump administration failed to act. Likewise, Trump continues to defy Congress by failing to impose “Countering America’s Adversaries Through Sanctions Act” (CAATSA) sanctions on Turkey because of its purchase of S-400 missiles from Russia.

Rather than encourage moderation, Trump’s refusal to hold Turkey to account encouraged aggression. Turkey not only occupies one-third of Cyprus but it has also seized much of northern Syria. Ankara’s counterterrorism excuses fall flat: Turkish forces have ethnically cleansed both lands – the first of Christians and the second of Kurds. It has looted natural resources, and it now hires Islamic State veterans to do its bidding. By any objective standard, Turkey has become a state sponsor of terrorism. Cyprus and Syria are no exceptions. Turkey has for decades maintained small outposts in Iraqi Kurdistan but, cloaked by a lack of media coverage due to Covid-19, it now bombs Iraq regularly. Turkish strikes on Iraqi farms set fields ablaze more than the Islamic State ever did.

United Nations officials say Turkish airstrikes hamper resettlement of displaced Yazidis freed from the Islamic State. Nor is Turkey simply striking at PKK militants; increasingly, it appears as if Turkey seeks to use military aggression to intimidate Iraq from collecting on its recent pipeline arbitration and water deals. This appears the context of Turkey’s August 11 drone strike which killed two Iraqi border guard battalion commanders.

This brings us to Greece. Erdogan has, quite literally, gotten away with murder. Surrounded by aides who praise him like a sultan, Erdogan is detached from reality. Just as Saddam Hussein moved into Kuwait largely to loot its resources to cover for his own financial mismanagement, so too does Erdogan openly threaten Greek territory while presiding over his own country’s economic ruin.

The danger has never been higher. With Washington distracted, Trump unpredictable, and Europe susceptible to Erdogan’s cynical refugee blackmail, Erdogan may believe that the time is now to seize Kastellorizo and other Greek islands. Should Trump lose, he may see the final weeks of his presidency as the best chance to act. Neither Trump nor Biden is ready; let us hope Greece is. Either way, a need to respond to war in the Eastern Mediterranean may soon grow to overshadow both the Trump and potentially Biden legacies.

Michael Rubin is a resident scholar at the American Enterprise Institute in Washington, DC. 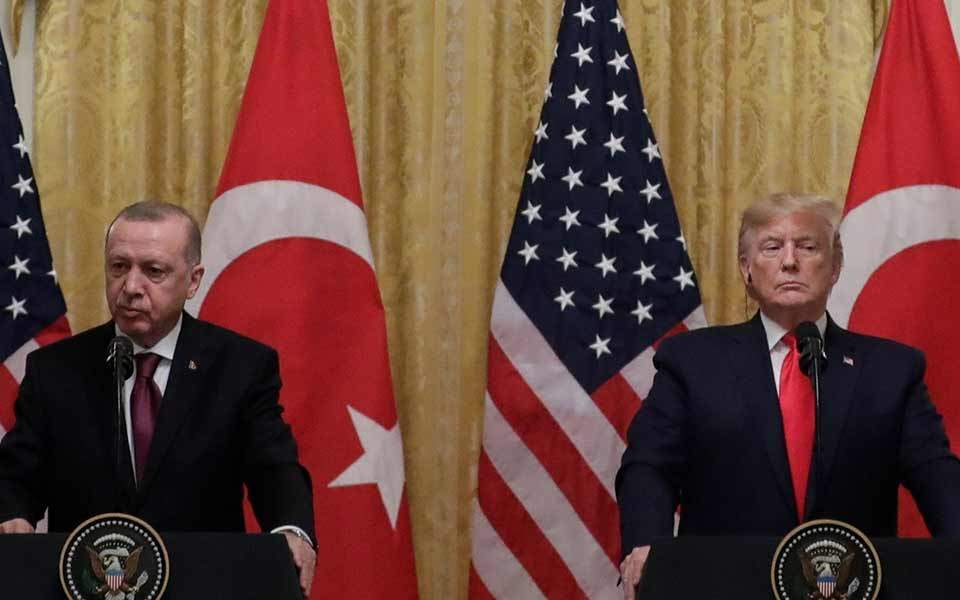 On August 11, former vice president Joe Biden announced California Senator Kamala Harris as his running mate. During the last weeks of the presidential campaign, both they and incumbent Donald Trump will seek to define the narrative surrounding their leadership.