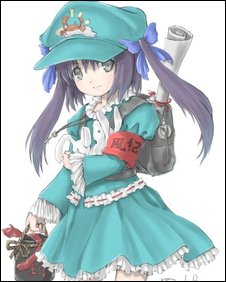 It accuses them of misappropriating trade secrets, unfair competition, copyright infringement and conspiracy.

China has tried to make all computer users have the site-blocking Green Dam.

Cybersitter's lawsuit, filed in a federal court in Los Angeles, alleges that the Chinese makers of Green Dam illegally copied more than 3,000 lines of code from its filtering software.

No formal response from the Chinese government to the case has yet been reported.

Cybersitter asserts that the manufacturers conspired with China's leaders and computer manufacturers to distribute more than 56 million copies of the pirated software throughout China.

The California-based firm alleges that millions of copies were distributed even after manufacturers became aware that the programme's content filters were stolen.

"This lawsuit aims to strike a blow against the all-too-common practices of foreign software manufacturers and distributors who believe that they can violate the intellectual property rights of small American companies with impunity without being brought to justice in US courts," Cybersitter attorney Greg Fayer said.

From July, every PC sold in China was supposed to be supplied with the Green Dam Youth Escort software.

The software was created to stop people looking at "offensive" content such as pornographic or violent websites.

But widespread disapproval inside China, legal challenges and overseas criticism forced the Chinese government to backpedal on its policy.

Petitions calling for Green Dam to be scrapped have circulated widely and analysis has shown that it does a piecemeal job of stopping pornographic sites and inadvertently blocks sites dealing with sexual health issues.

Analysts at the University of Michigan found weaknesses in the URL, text and image filtering system and vulnerabilities in the software that made machines susceptible to being hijacked.
You must log in or register to reply here.
Similar threads
Over 500 Indian guest workers sue US company for human trafficking
Turkish Company BMC to deliver Kirpi MRAP vehicles to Tunisia and Pakistan
Defence companies to fly high as MoD okays emergency buys sans imports
The Slovak company EVPÚ to focus on TURRA 30 remote-controlled unmanned tower set
Share:
Facebook Twitter Reddit WhatsApp Link