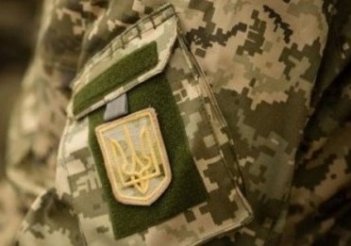 The Armed Forces of Ukraine in 2017 became stronger, improved their tactical position in the zone of carrying out the Anti-Terrorist operation (ATO) in Donbas, and the material and social security of Ukrainian servicemen increased, Defense Minister Stepan Poltorak has said.

"Year of 2017 was full of valor and self-sacrifice. Our army demonstrated it daily, defending state sovereignty and Ukrainian lands from the aggressor. We did not take a single step back, despite the provocations of the enemy. The armed forces became stronger and more confident in the Ukrainian victory. This confidence gives strength and inspiration in what we are doing," Poltorak wrote in his New Year's greetings, published on his personal Facebook page on Sunday.

According to the minister, such significant results were achieved thanks to the support of the entire people of Ukraine.

"Our army greatly improved its tactical position, we learned how to generate and carry out strategic things," Poltorak said.

He stressed that the main tasks set in the Strategic Defense Bulletin for 2017 were successfully implemented.

"Ukraine has a contract army that annually receives better funding, logistics and high social standards. We have learned to rationally use the resources that the state provides," the defense minister said.

According to Poltorak, the ongoing defense reform testifies not only to sound ambitions, but also to the ability to respond to challenges and fulfill long-term plans. The reform received the necessary pace of implementation and became irreversible, and the Armed Forces received broad and practical support among Ukraine's partners in the world. "The reborn army is reviving the Ukrainian state, which is a key formula," the minister said.

"So, dear Ukrainians, I congratulate all of you with the new 2018 and Merry Christmas! With a particularly warm welcome, I appeal to the servicemen who, at the front lines, among the snow-covered trenches, restrain the aggressor at the borders of peaceful civilization. I appeal to my compatriots: remember, think and pray for our defenders, to whom I sincerely wish to return to their native cities and families alive and uninjured! I sincerely congratulate all on the holidays and wish you happiness, good health, God's support and victory!" Poltorak said.
You must log in or register to reply here.
Similar threads
Ukrainian state company Ukrspetsexport to overhaul and upgrade PAF Il-78 MRTT aircrafts
Ukrainian Ministry addressing issue of possible return of Ukrainian military hardware left in Crimea
Hacker attacks on Ukrainian infrastructure information systems originate from Russia - SBU chief
Pakistan may buy 100 ukrainian tank "Oplot"
Share:
Facebook Twitter Reddit WhatsApp Link