Ukraine Orders Corvettes And UCAVs From Turkey For Ukrainian Navy

The Ukrainian Ministry of Defense has ordered new Turkish-made corvettes and unmanned combat aerial vehicles (UCAV) from Turkey. They are being procured for the Ukrainian Navy to enhance security in the Black and Azov Sea regions.

According to the statement issued on 15 December 2020, Ukraine’s Minister of Defense Andrii Taran signed the documents during a visit to Ukraine by Ismail Demir, the head of Turkey’s Presidency of Defence Industries (SSB).


These are primarily projects designed to radically strengthen the combat capabilities of the Ukrainian Navy to enhance security in the Black and Azov Sea regions.
Click to expand...

The statement did not disclose what systems specifically were ordered. The financial value of the contracts was not provided.


Incidentally, this announcement comes one day after the U.S. rolled out sanctions on the SSB over the Turkish purchase of the Russian-made S-400 surface-to-air missile system.


To help improve the capabilities of its naval forces, Ukraine has sought to purchase corvettes from Turkey’s MILGEM project. Ukraine has worked to rebuild its Navy amid tension with rival Russia in the Black Sea and Sea of Azov. Four corvettes of this type have already been exported by Turkey to Pakistan.

The Ada-class, as part of the MILGEM project, represents the first national ship building project staged in Turkey. Its goal was to build a modern littoral combat ship with indigenous anti-submarine warfare and high-seas patrol capabilities, extensively using the principles of stealth technology in its design.


The class is designed to embark a 10-ton helicopter with platform, hangar and extensive service and handling equipment. Helicopter operations can be performed at sea state 4. A MILGEM corvette is designed to accommodate 106 sailors including the flight crew. The total accommodation is 108 including sickbay.


Milgem-class are multipurpose corvettes able to conduct a wide a range of missions, including reconnaissance, surveillance, anti-submarine warfare, surface-to-surface and surface-to-air warfare. 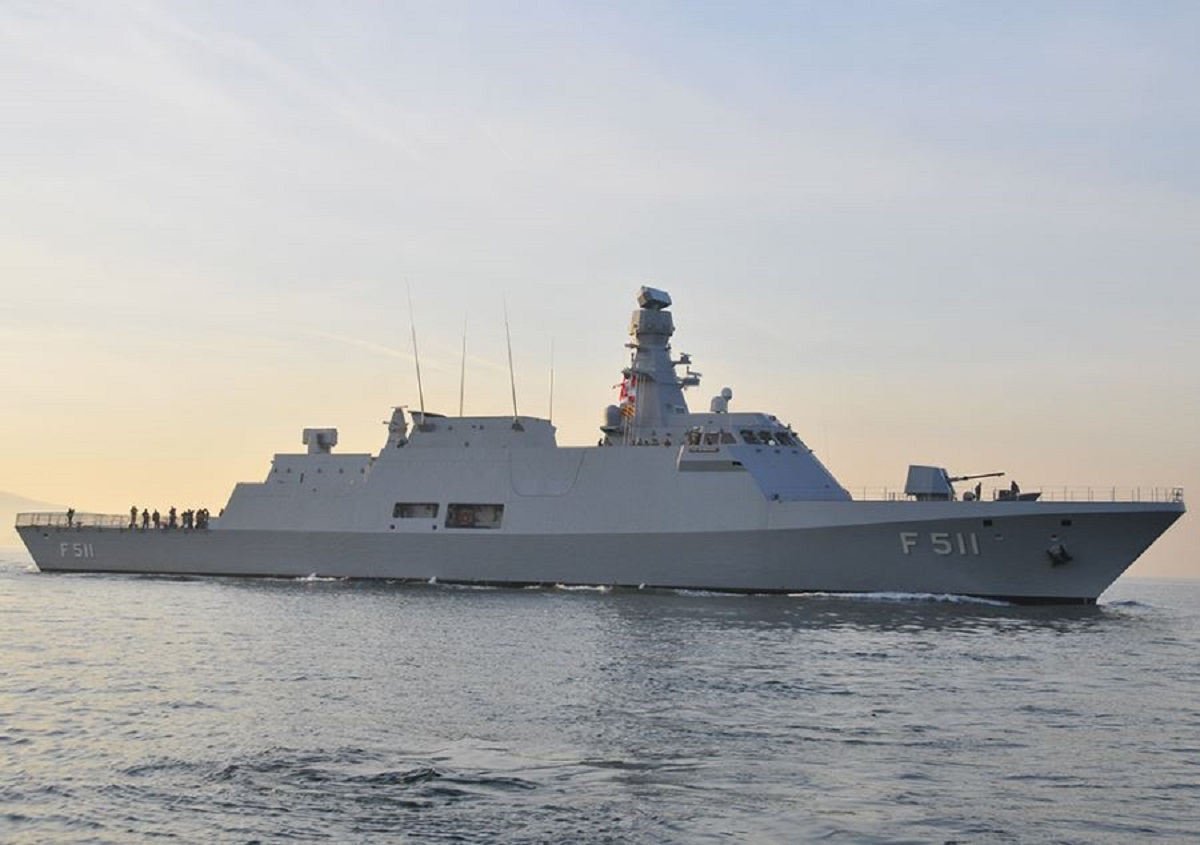 The Ukrainian Ministry of Defense has ordered new Turkish-made corvettes and unmanned combat aerial vehicles (UCAV) from Turkey. They are being procured for the Ukrainian Navy to enhance security in the Black and Azov Sea regions.

The statement said that within the scope of military cooperation agreements signed in October and on Dec. 14 between the two countries, a memorandum was signed with Turkey's Defense Industries Presidency (SSB) to produce corvettes for the Ukrainian Navy.

The shipyard was chosen by the presidency after taking into consideration its specifications and qualified personnel, it added.

Under the procurement deal, Ukraine aims to strengthen its navy to boost security in the Black Sea and the Sea of Azov.

The Ada-class corvette can carry out the determination, location, classification, identification and destruction of air, surface and underwater targets as well as provide naval gunfire support.

In addition to avoiding any potential threats, MILGEM anti-submarine combat frigates, which have advance radar-evading technologies can perform maritime operations such as maritime surveillance and patrols, coastal and infrastructure protection and the supervision and surveillance of exclusive economic zones (EEZs).

Ankara initiated the MILGEM project to locally design and build a fleet of multipurpose corvettes and frigates that will replace older ships. A total of four corvettes have joined the Turkish navy’s inventory so far while Istanbul Frigate, the first vessel of Turkey's I-class frigates that are based on the project is scheduled for September 2023.

Ukraine’s Okean (Ocean) Shipyard which is located in Mykolaiv province is the third major ship construction yard in the area. It operates modern production facilities supplied by world-known companies, and it has a medium and heavy tonnage production line. 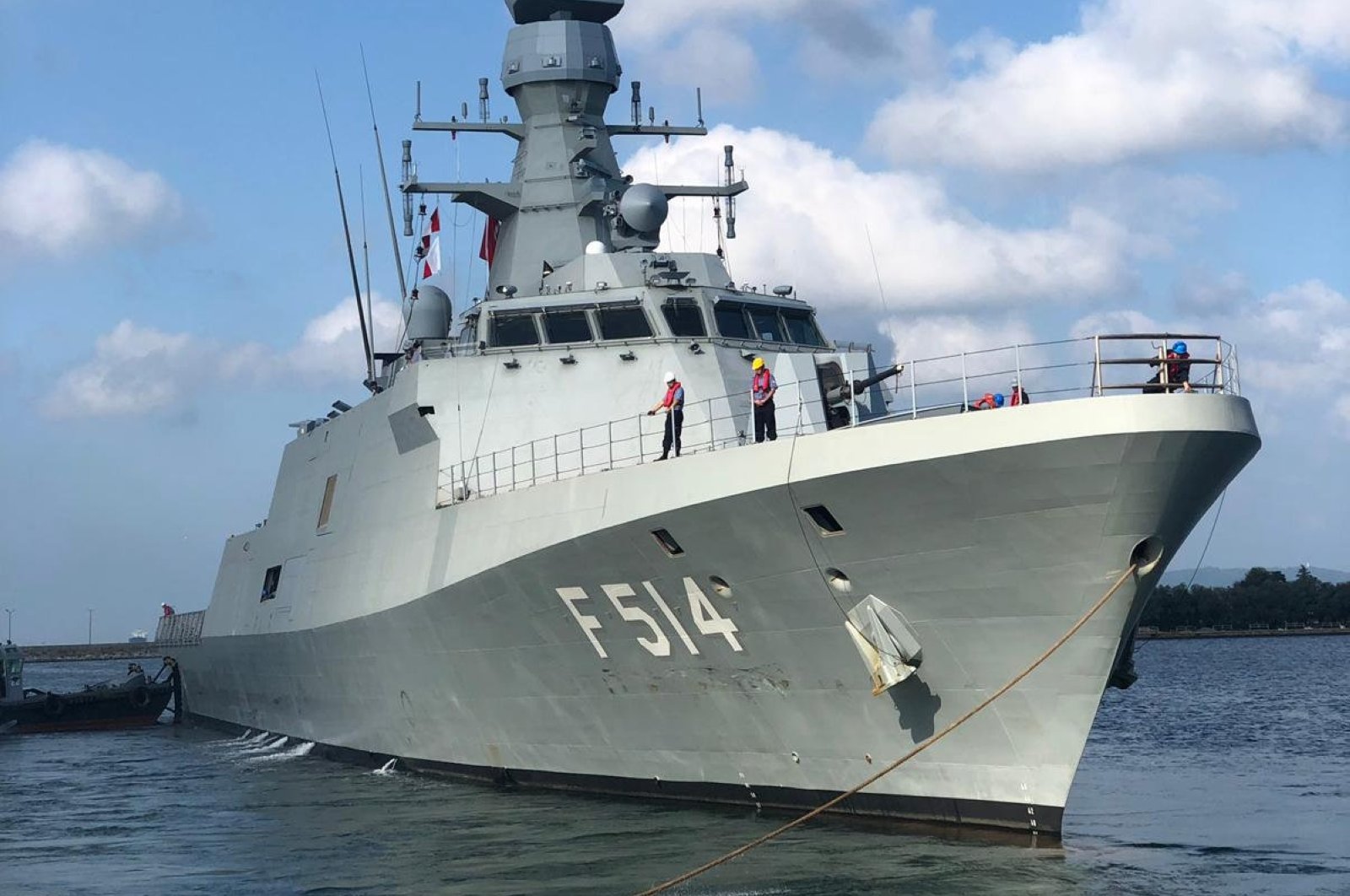 Turkey-made Ukrainian navy corvettes to be built in Okean shipyard

Corvettes will be produced for the Ukrainian Navy using Turkish technologies at the Okean shipyard in the Ukrainian city of Mykolaiv, the shipyard said in...