IDF modifies old M113 APC, giving it ability to carry four tons of supplies to soldiers in the field without endangering lives "¢ Vehicle is operated remotely, can travel up to 50 kilometers per hour "¢ IDF officer: We really broke ground with this. Lilach Shoval The unmanned APC | Photo credit: IDF Spokesperson's Unit

During Operation Protective Edge, the Israel Defense Forces used a unmanned armored personnel carrier, a first in history. The vehicle was used to deliver supplies to soldiers on the battlefield. "This is history," Lt. Avidav Goldstein, the head of the IDF's unmanned vehicle unit, said. "I feel we really broke ground in this realm. This is the first time in history, throughout the world, that such a thing has been done." The IDF modified an old M113 APC (the type of APC in which seven Golani Brigade soldiers were killed by an anti-tank missile in Shujaiyya), giving it the ability to carry several tons of supplies to soldiers in the field without endangering lives. The unmanned APC can travel 50 kilometers per hour (31 miles per hour) and hold around four tons of equipment. It is operated remotely by soldiers in a control vehicle, located inside Israel, which has a steering wheel, pedals and a screen. 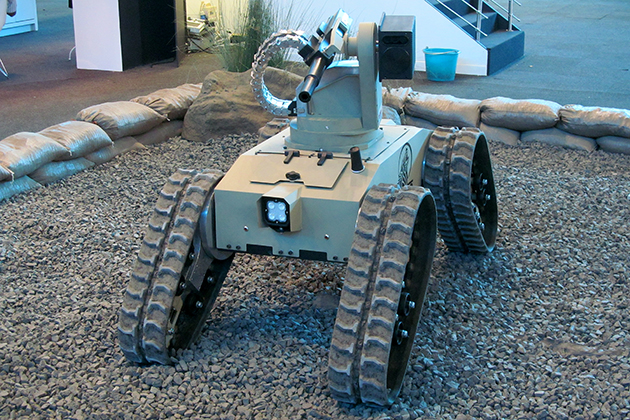 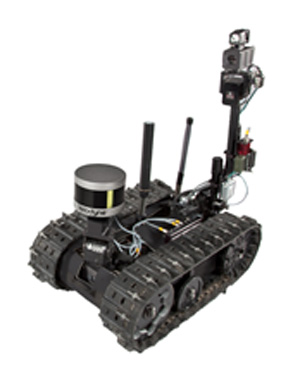 
nrj said:
U.S. technologists have revealed that the country's military has plans to have about 30 per cent of the Army comprised of robotic forces by approximately 2020.


Doug Few and Bill Smart of Washington University in St. Louis say that robots are increasingly taking over more soldier duties in Iraq and Afghanistan, and that the U. S. Army wants to make further additions to its robotic fleet. They, however, also point out that the machines still need the human touch.

"When the military says 'robot' they mean everything from self-driving trucks up to what you would conventionally think of as a robot. You would more accurately call them autonomous systems rather than robots," says Smart, assistant professor of computer science and engineering.

All of the Army's robots are teleoperated, meaning there is someone operating the robot from a remote location, perhaps often with a joystick and a computer screen. 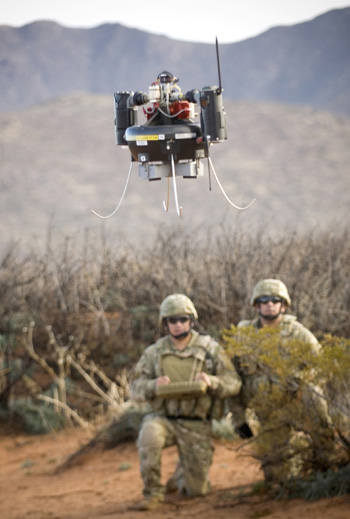 While this may seem like a caveat in plans to add robots to the military, it is actually very important to keep humans involved in the robotic operations.

The technologist duo says that researchers are not necessarily looking for intelligent decision-making in their robots. Instead, they are working to develop an improved, "intelligent" functioning of the robot.

He says that there are many issues that may require "a graceful intervention" by humans, and these need to be thought of from the ground up.

"When I envision the future of robots, I always think of the Jetsons. George Jetson never sat down at a computer to task Rosie to clean the house. Somehow, they had this local exchange of information. So what we've been working on is how we can use the local environment rather than a computer as a tasking medium to the robot," he says.

Few has incorporated a toy into robotic programming, and with the aid of a Wii controller, he capitalizes on natural human movements to communicate with the robot.

According to the researchers, focussing on a joystick and screen rather than carting around a heavy laptop would help soldiers in battle to stay alert, and engage in their surroundings while performing operations with the robot. 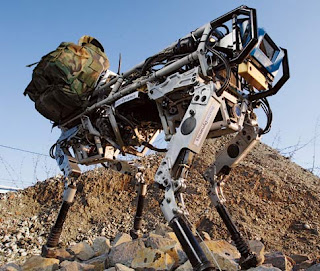 "We forget that when we're controlling robots in the lab it's really pretty safe and no one's trying to kill us. But if you are in a war zone and you're hunched over a laptop, that's not a good place to be. You want to be able to use your eyes in one place and use your hand to control the robot without tying up all of your attention," says Smart.

Very awesome defence power of US

Remotely controlled UGV "Udar" based on the BMP-3.

Remotely controlled UGV "Uran-9". Will be offered for export in 2016.

Uran-9 UCGV platform has been accepted to mass production:
This is a promo, a full film will be posted later.

gadeshi said:
Uran-9 UCGV platform has been accepted to mass production:
This is a promo, a full film will be posted later.
Click to expand...

Lol, why is it surprising that fat piece of metal armour would have any problem going through a thin sheet of wood in fire.

Illusive said:
Lol, why is it surprising that fat piece of metal armour would have any problem going through a thin sheet of wood in fire.
Click to expand...

It's a show for hamsters and housewives What have you expected to see
However, that platform is very speedy and agile while has a heavy metal-composite armor and a full set of automated combat modules on it.

And the most important part: it is accepted for service and mass production.

gadeshi said:
It's a show for hamsters and housewives What have you expected to see
However, that platform is very speedy and agile while has a heavy metal-composite armor and a full set of automated combat modules on it.

And the most important part: it is accepted for service and mass production.
Click to expand...

What is the range .

Illusive said:
What is the range .
Click to expand...

Up to 50km from mobike post and unlimited with satellite translation.

Putin has awarded Syrian operation commanders.
One of them has commanded Uran-9 robots combat testing team.
Who it was, how do you think?