Ugliest Planes in the World 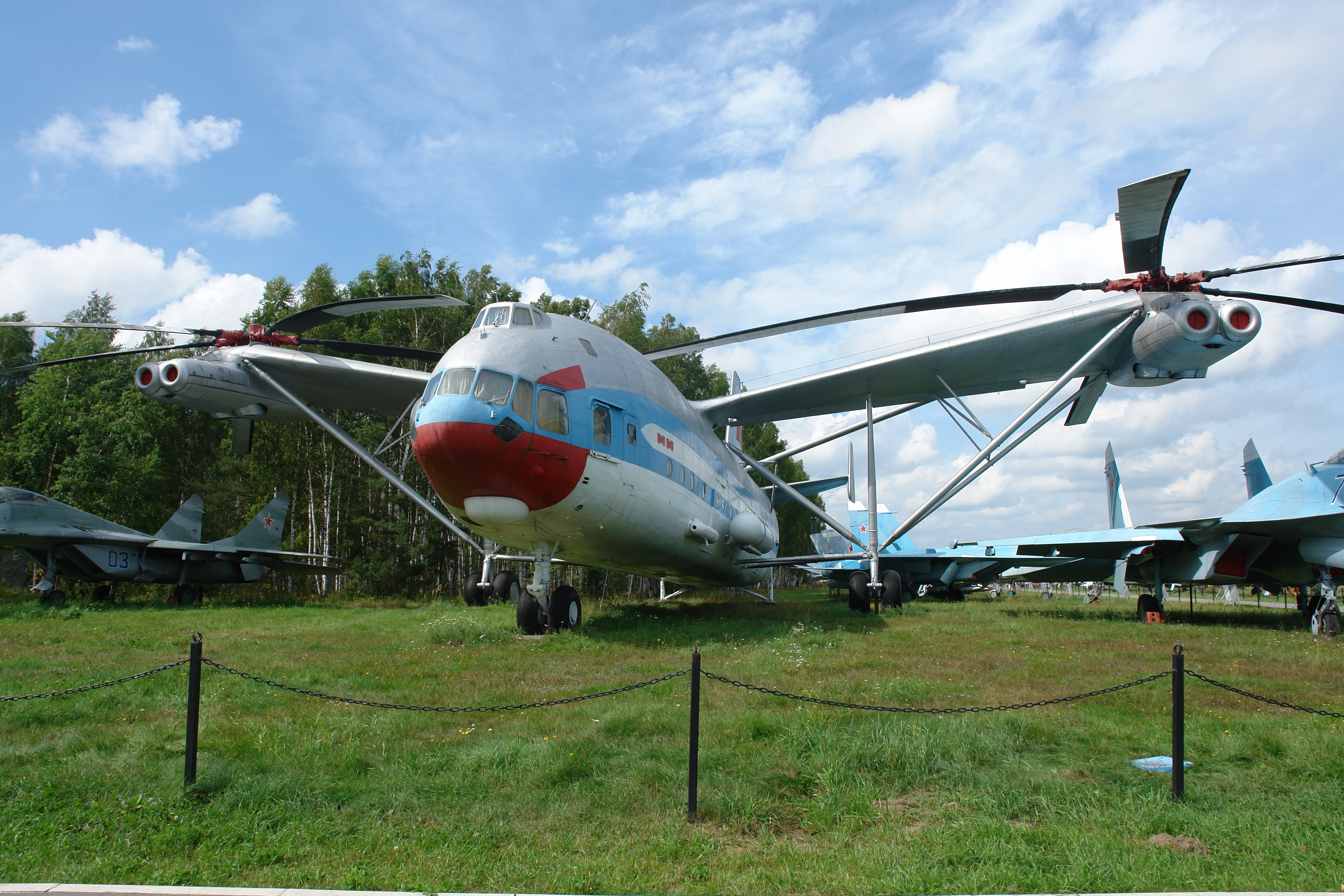 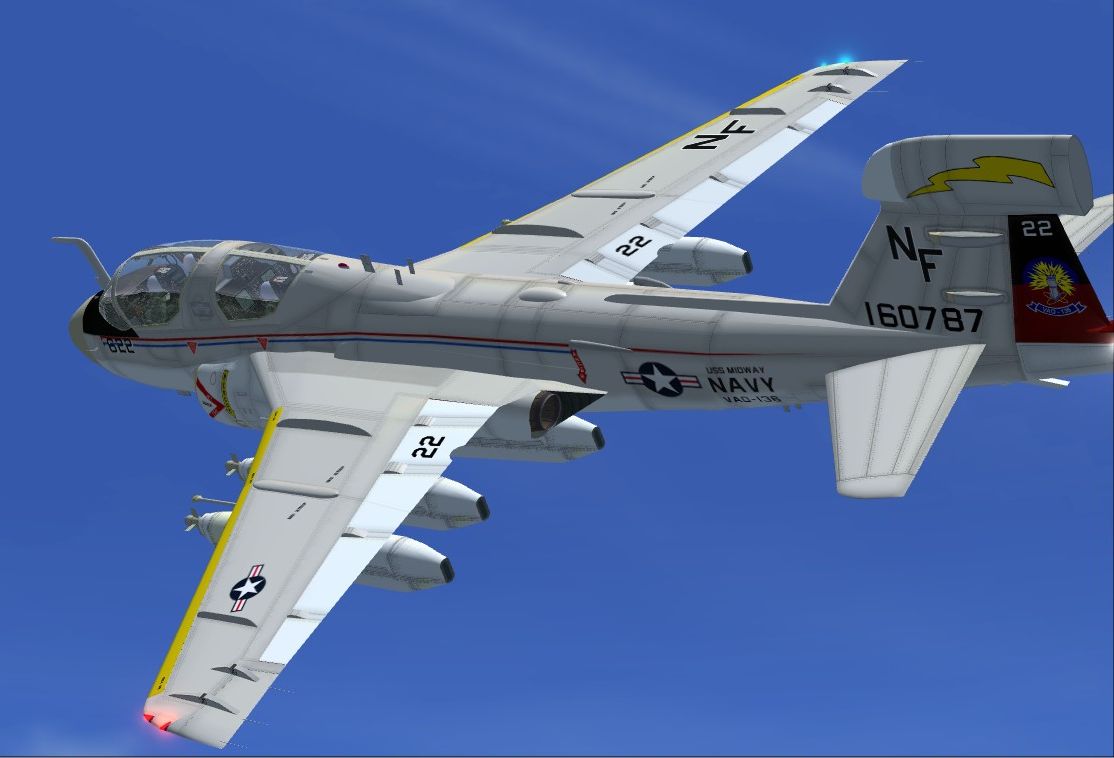 Mitsubishi J8M (Image : Wikipedia) quite odd to me 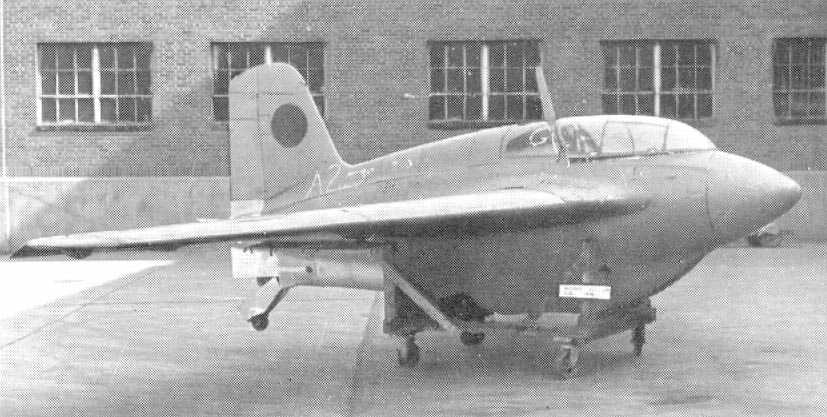 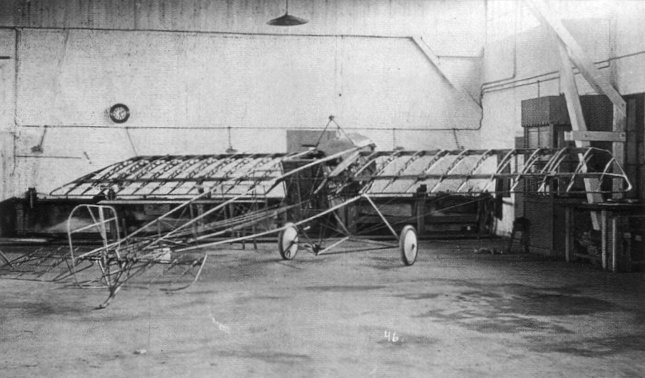 These are rockets pods usually for short landing and take off. Develop for Isreali airforce for anti terrorist missions. but this project was failed when one of the aircraft caught fire due to these rockets pods. 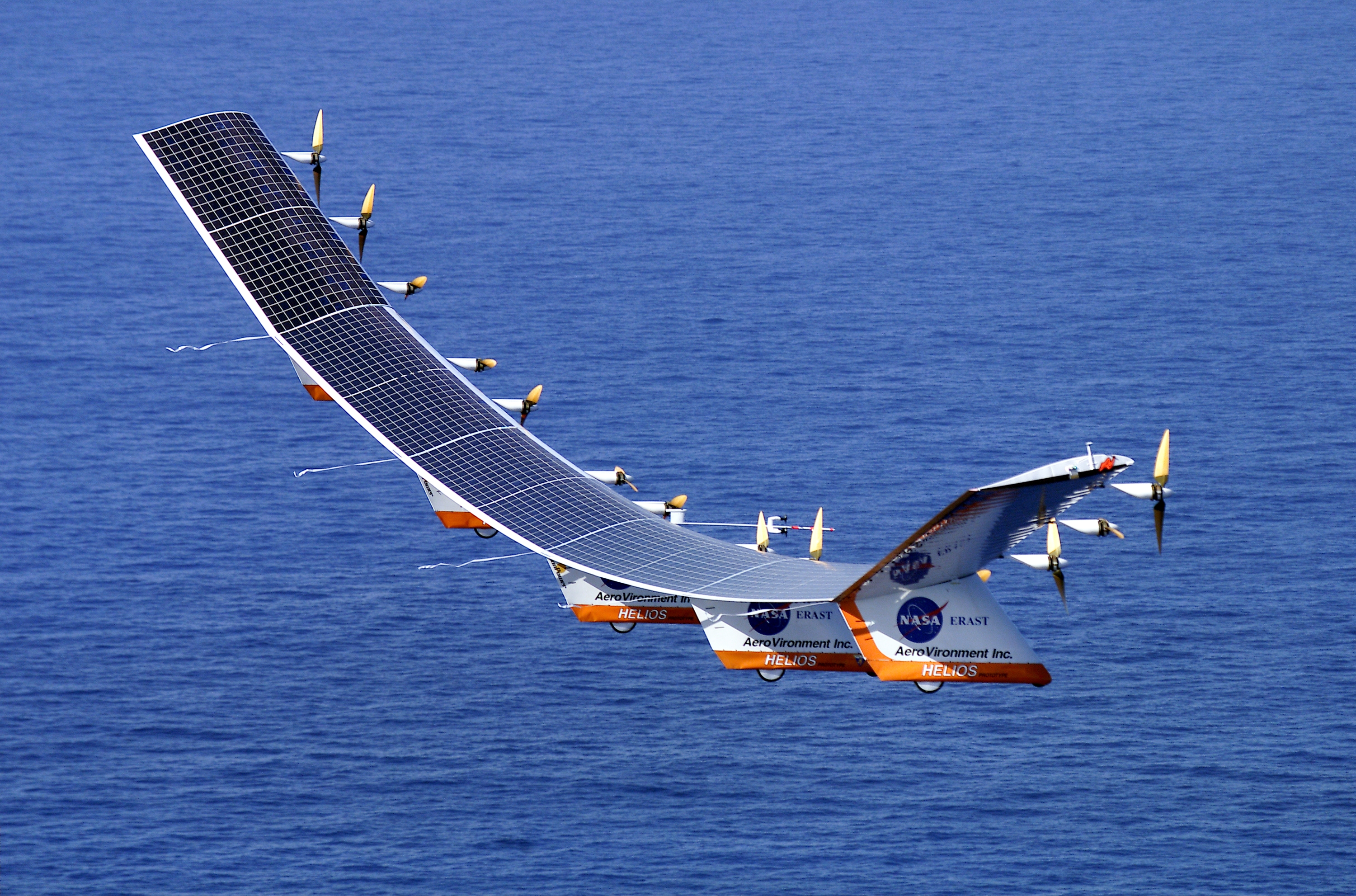 IBM said:
These are rockets pods usually for short landing and take off. Develop for Isreali airforce for anti terrorist missions. but this project was failed when one of the aircraft caught fire due to these rockets pods.

I don't know where you got that information from (certainly not from discovery). It's called RATO (Rocket Assisted Take-Off) & sometimes even JATO(Jet Assisted Take-Off). Used for rapid t/o & even to stop a landing run. It was conceptualized by the Germans & first used by the British. Israel didn't invent it. How can this be a failure when it is being used around the world. It was even used by Indian warplanes for take off in the Himalayas (Source Abdul Kalam's Wings of Fire). 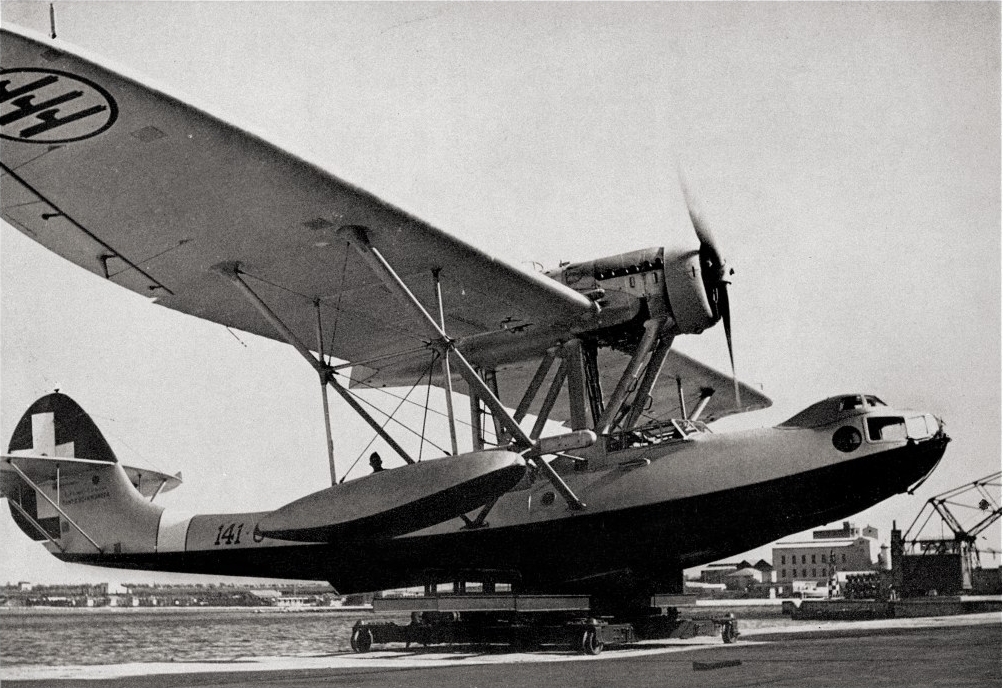 The Z.501 Gabbiano ("Gull") single-engined flying boats were designed by Italian engineer Filippo Zappata, his first after joining Cantiere Navale Triestino after his return from the French firm Blériot. The aircraft had very slim fuselages and high parasol wings which housed the engine nacelles. The construction was mostly wooden. On 19 to 20 May 1934, a pre-production Z.501 Gabbiano aircraft established a new seaplane flight distance record of 4,130-km flying from Monfalcone, Italy to Massawa, Eritrea in 26 hours and 35 minutes. After that record was broken by a French aircraft one month later, on 16 Jul another attempt was made, and it broke the record again by a flight to Berbera, Somaliland in 25 hours. Production of the Z.501 Gabbiano aircraft began in 1935.

With the Italian military service, Z.501 Gabbiano aircraft were modified with machine gun turrets and reinforced airframes. To compensate for the added weight of the military equipment, 880-hp engines were used instead of the original 750-hp engines. A few were sent to Spain for use during the Spanish Civil War, but most remained in Italy. A number were exported to the Romanian military. Pilots reported that the aircraft were easy to fly, but the wooden fuselages were susceptible to break-ups in rough seas.

During the design's production life, 218 units were built by Cantiere Navale Triestino and 236 were built by Aeronautica Sicula. The last of the Z.501 Gabbiano aircraft were retired from service in 1950. 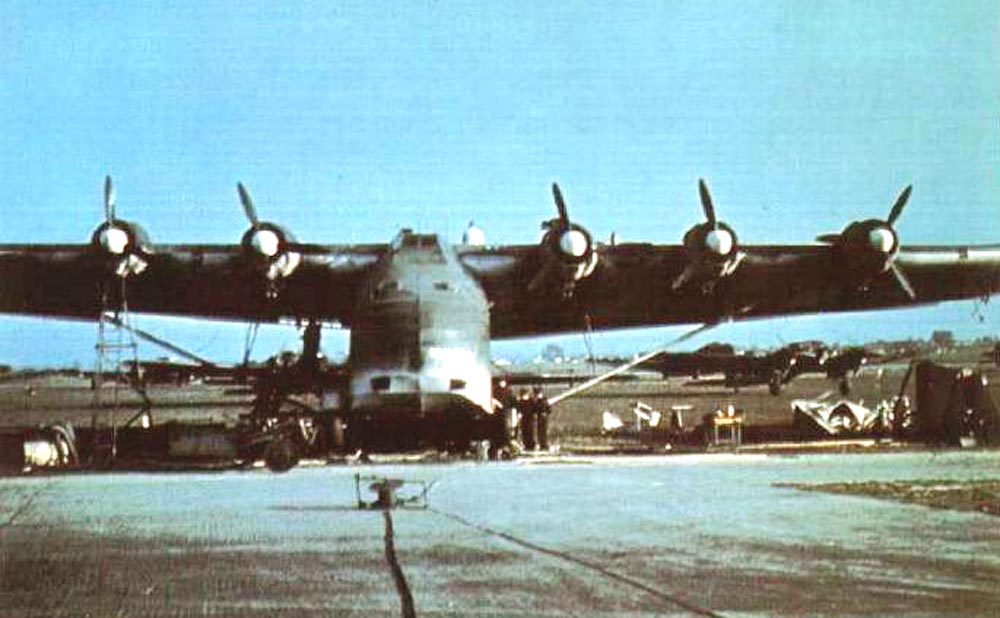 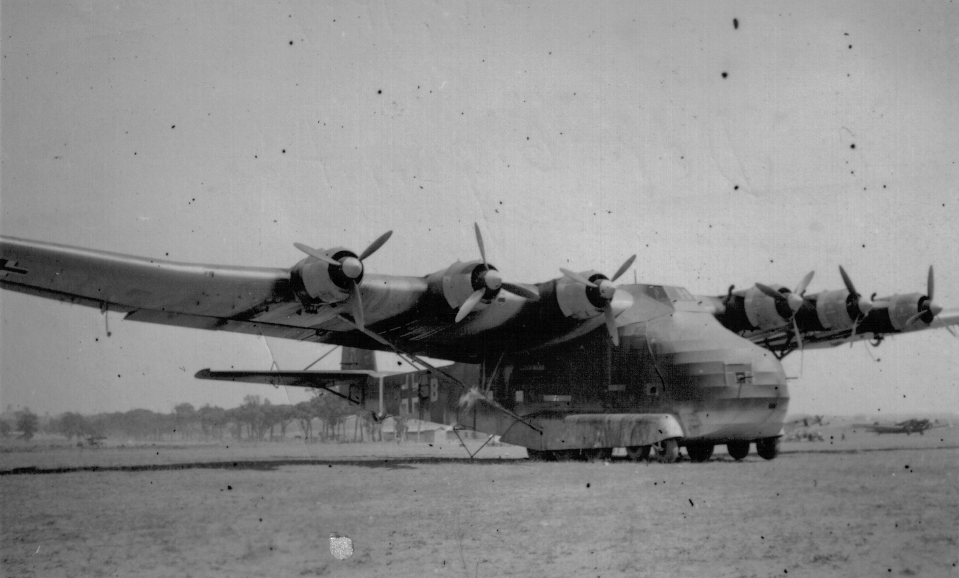 The Ar 232 Tausendfüssler ("Millipede") transport aircraft were the results of a German Air Ministry's request in late 1939 for a modern transport to replace the Ju 52 transport aircraft in the German military. Engineer Wilhelm van Nes at Arado Flugzeugwerke headed the design team, and his design was so revolutions that the Ar 232 aircraft were often noted as the first of modern transport aircraft with features such as low-slung box-like fuselages, hydraulic-powered rear loading ramps, and high tails so trucks could drive right up to the bottom of the ramps for quick loading and unloading. Additionally, Ar 232 aircraft were also equipped with large flaps, and sometimes even rockets, to assist with takeoffs from shorter air strips. Their landing gears were also unique; in addition to the standard tricycle landing gears, they were each supported by two sets of 11 smaller wheels, which led to the Tausendfüssler ("Millipede") nickname.

Despite Ju 52 transports' obsolescence, only about 20 Ar 232 aircraft were built, in part due to engine production not being able to meet demands. Two of them were captured by the British at the end of the war; they were given great remarks after test flights, and were used by the British Royal Air Force for several years. 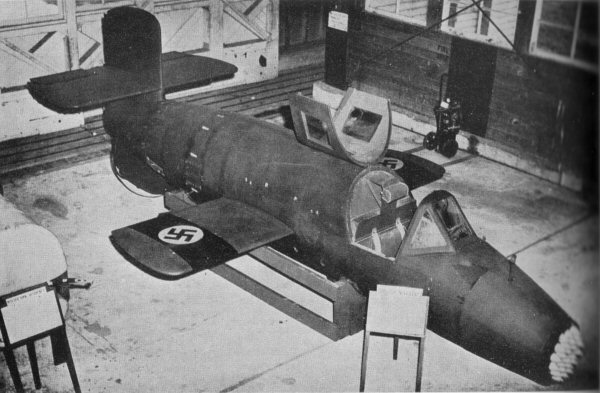 Manned SAM
By 1944, Germany had already embarked on the research of surface-to-air missiles to intercept Allied bombers that had become a major threat. At this point, an effect guidance system had not yet been created, thus there was a school of thought within the German air force, the Luftwaffe, that perhaps a manned missile would remedy the accuracy problems by introducing human control for the critical final stage of the rocket flight. Engineer Erich Bachem began working on his BP20 manned rocket aircraft design toward this goal, which called for aircraft built with wooden parts that were glued and screwed together and armored cockpits. They were to be controlled from the ground via radio signals, with the pilots taking over only near the end of the flight as the rockets approached the targeted bombers. The pilots would then trigger the firing of either 33 R4M or 24 Hs 217 rockets at the hostile bombers. The aircraft themselves could also be used to ram Allied bombers to cause further damage. Whether ramming was done or not, the pilots would eject from the rocket and return to the ground via parachutes. Bachem's innovative approach soon won the endorsement of Heinrich Himmler, who lobbied for him to continue his work. 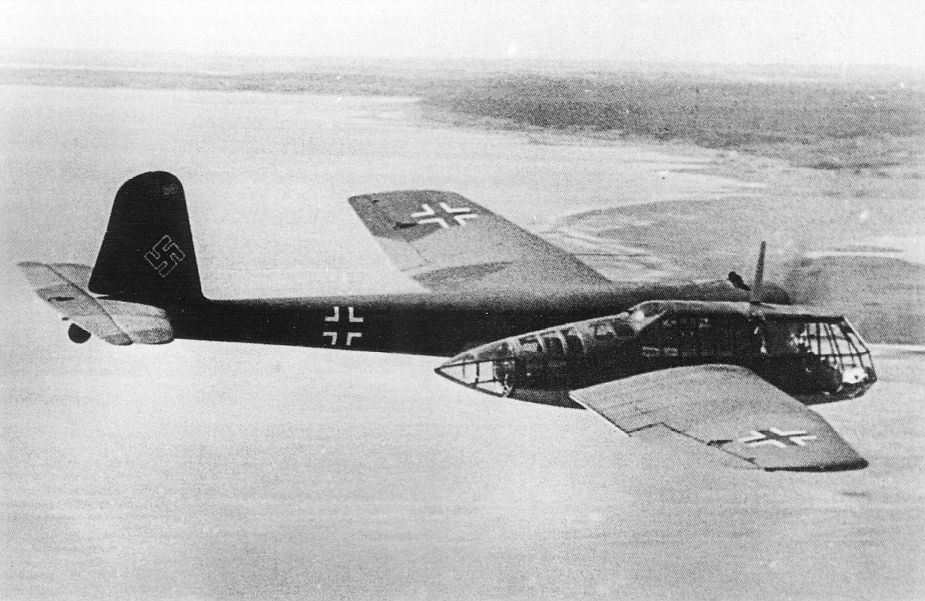 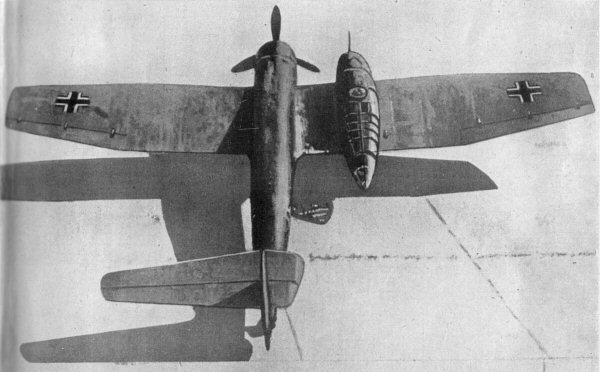 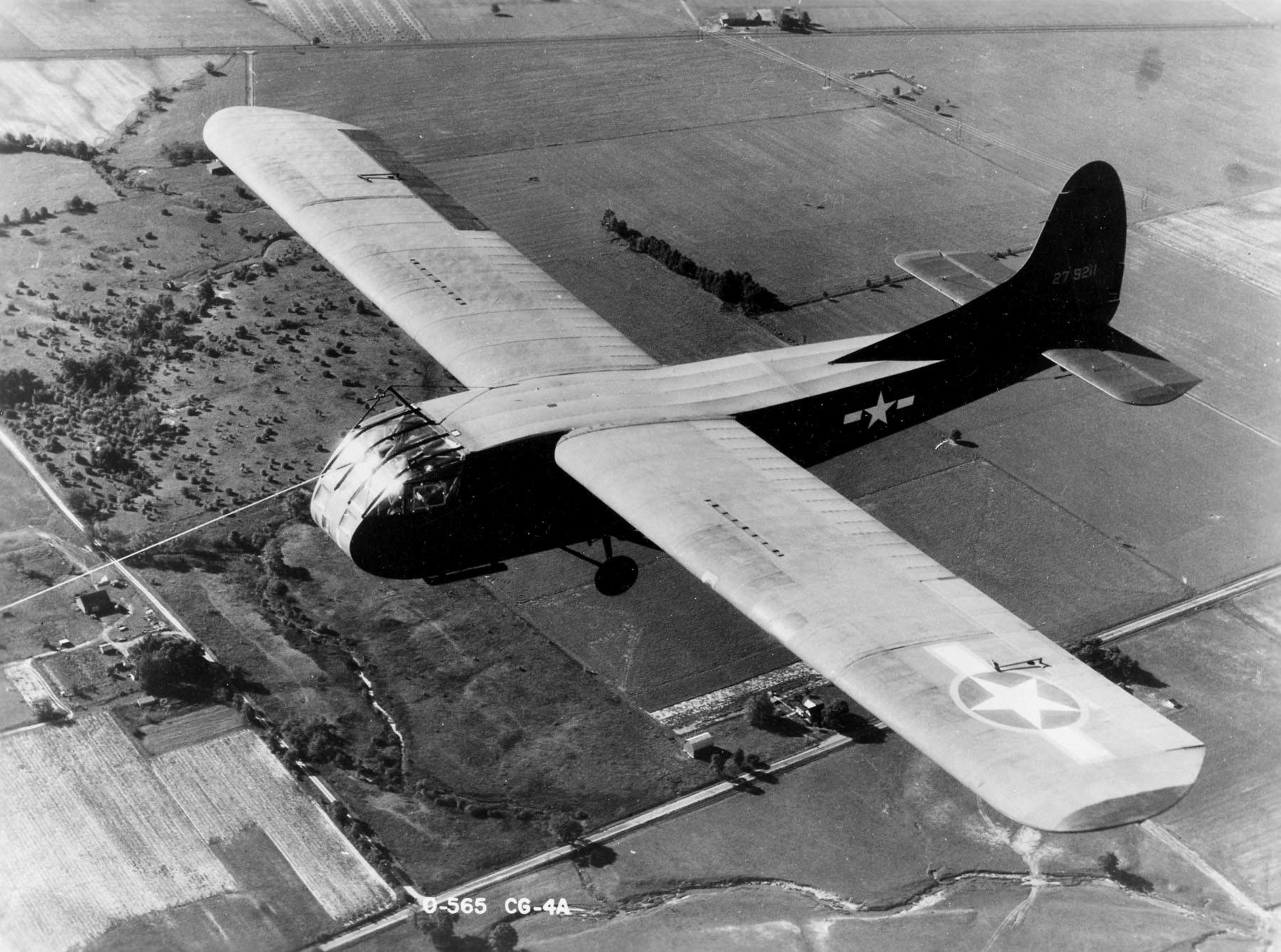 The WACO CG-4 was the most widely used United States troop/cargo military glider of World War II. It was designated the CG-4A by the United States Army Air Forces and called the Hadrian in British military service, but was universally known as the WACO, initials of the company that developed it: the Weaver Aircraft Company of Ohio.

BengalRaider, your images are not showing up. Download the images, upload to imageshack.us and re-paste the links here. 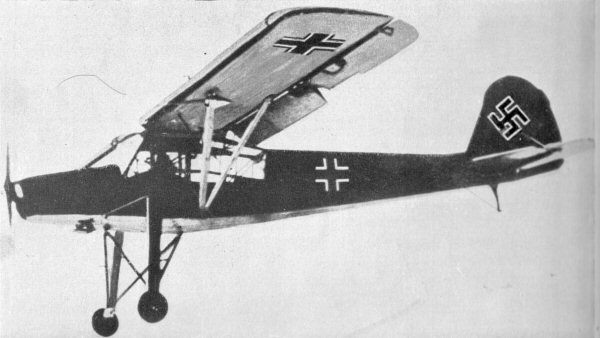 The Fi 156 Storch ("Stork") aircraft were the result of a request from the German Luftwaffe in 1935 for liaison aircraft. They were designed to be versatile; they did not need a long runway to take off and land, and their foldable wings allowed ease of transportation inside trailers or even towed by vehicles. After the first prototype flight in the spring of 1936, the design was immediately ordered into production with a contract for 16 aircraft. The first Fi 156 Storch aircraft entered service in mid-1937. During WW2, they were found in all major theaters with German presence. In Sep 1943, after General Kurt Student's daring commando rescue of Benito Mussolini from the Campo Imperatore Hotel at Gran Sasso, Lieutenant Otto Skorzeny and Benito Mussolini were extricated via a Fi 156 Storch aircraft that landed on a short 50-meter clearing. In 26 Apr 1945, during the last days of the Berlin siege, the Fi 156 Storch aircraft piloted by Hanna Reitsch was the last to land on the improvised airstrip in the Tiergarten near the Brandenburg Gate, taking her lover Field Marshal Robert Ritter von Greim into Berlin for a meeting with Hitler. At least 60 Fi 156 Storch aircraft were captured by the Allies; one of them was assigned to Field Marshal Bernard Montgomery as his personal transport. Between 1937 and 1945, over 2,900 Fi 156 Storch aircraft were built, most of the C variant. Some of them were built at Mr·z factory in Czechoslovakia and Morane-Saulnier factory in France, both of which continued to build them after the war for civilian use, with design designation of K-65 C·p (also "Stork") and MS.500 Criquet ("Locust"), respectively.

The Fw 189 Uhu (Eagle Owl) twin-boom aircraft entered service in 1940 as reconnaissance aircraft. They were extremely successful. The forward observer sat next to the pilot under canopies made almost entirely of glass, making communications between the two crew members effective and observations more productive. The maneuverability of the Fw 189 aircraft, characterized by the tight circles they were able to achieve, made them ideal for the Russian front where they readily survived Russian interceptors. The third crew members they carried, when necessary, were relieved of their primary duty of being rear observer and acted as rear gunners, further making interception difficult. When Fw 189 aircraft were actually in the center of the Russian cross hairs, their outstanding durability also ensured they returned to base safely, sometimes even with one tail shot off. Later in the war, when Russian fighter performance improved, Fw 189 aircraft became too slow, and were mostly relegated to a night reconnaissance role, and served in that capacity until the end of the war. Most Fw 189 aircraft were produced at the Bordeaux-Merignac aircraft factory in France. By the time production ceased in mid-1944, 846 were produced. "Of the tactical reconnaissance aircraft used by the Luftwaffe, the Fw 189 was nearest to the ideal", commented General Paul Deichmann after the war.

enlightened1 said:
I don't know where you got that information from (certainly not from discovery). It's called RATO (Rocket Assisted Take-Off) & sometimes even JATO(Jet Assisted Take-Off). Used for rapid t/o & even to stop a landing run. It was conceptualized by the Germans & first used by the British. Israel didn't invent it. How can this be a failure when it is being used around the world. It was even used by Indian warplanes for take off in the Himalayas (Source Abdul Kalam's Wings of Fire).

Hahaha you kiddd, The videos you are showing is for rapid take off but the pic in concern is for short landing. This particular concept is failed, not the short take off, you so called expert. Yes, i have seen this in discovery in episode called great planes. Check the face of rocket pods, they r facing in front to stop planes, not for take off. you so called expert of you tube, why dont u find accident by rapid assited landing. I don't know where u live. If u live in UK, u got 7 discovery channels. Don't dare to challenge me. Last but not least i never said Isrealis invented it. I said it was developed for Isrealis by ur mama ie obama ie. USA.

The videos you are showing is for rapid take off but the pic in concern is for short landing.
Click to expand...

Yes I know that, i specified in my post.

This particular concept is failed, not the short take off
Click to expand...

You need to read my post again, a USAF test flight had an accident because of human error, that too it was meant for rescuing hostages in Iran. BTW you had said something about Israel isn't it??

Yes, i have seen this in discovery in episode called great planes.
Click to expand...

thanks i was wondering

I dont know where u live.
Click to expand...

It's just under my avatar - Mauritius...easy isn't it?

Ah 7 hunh?! Damn i would never have though!

Go back to your kindergarten you might be able to bully a few there.

P.S. We all enjoy civil discussions here... You might wanna work on your tone a bit when you speak to me.
You must log in or register to reply here.
Similar threads
CNN enrages Belarus w/ 'ugliest monument' nod to WW2 memorial
Latest top 10 ugliest Building in China
RMAF intercepts 16 Chinese air force planes over Malaysia
India to sign $2.5-billion contract for 56 transport planes for IAF
Share:
Facebook Twitter Reddit WhatsApp Link