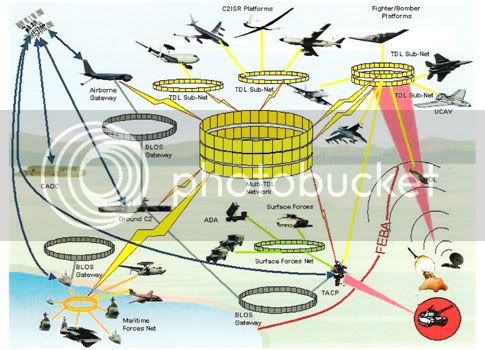 8ak: What is the report about?

Herlik: Unmanned Aerial Vehicles (UAVs) technology is improving rapidly in terms of platform and payload. How to integrate the improved capabilities with military doctrine is a challenge that needs to be understood both by sellers and the buyers (government & military) around the world. UAVs are an indispensable tactical as well as strategic tool, gathering and distributing multiple forms of data, linking communications and enabling other capabilities such as special operations.

This report is part of a series of three reports. Border Security was released earlier in the year and another on Commercial Applications is due to be released soon. The reports are not only about where the technology is going, but also where the investments are going. Looking at Predator type UAV videos, the general perception is that these types of UAVs are the most desirable but our reports point out the market for these will grow only slightly and will pale in comparison to the growth in other types of UAVs.

Predators/Heron class UAVs will be quite useful for nations like India that are just now developing UAVs. More developed markets are moving on to commercially useful extreme persistence and micro UAVs.

8ak: Why is it relevant to India, given that each country would face a different form of insurgency?

Herlik: India is concerned about the integrity of its international borders, attacks from insurgents and security of remote islands. All of these issues are addressed in the reports. Border security is the focus of the first report while insurgencies (to include island bases) are covered in UAVs for Counter-Insurgency.

It is very easy for insurgents to take forest cover and hardest for the forces to find them. However, there are not many people in the jungles and UAVs can look for signs of life, tracks and patterns that can make finding them much easier and importantly also creating the fear amongst the insurgents that they cannot take forest cover for granted. One can also track and detect very short range radios communications. Drug smugglers in the US use throw away radios because they have only a 6km range without realising that this in not linear, rather the signal is in the form of a bubble. So a UAV could effectively pick up these radio communications and track, trace or block them.

The report also gives an example on the straits around Indonesia. Here the Coast Guard can launch small recoverable-UAVs from a patrol boat that could monitor an island. The boat can continue its course and the UAV is fast enough to catch up after the mission to be refuelled for the next island.

8ak: Who should buy this report in India?

Herlik: The report is applicable to buyers, sellers and new entrants for this technology. In case the buyer is the government or military, it would help them understand where the technology is going, applications they may not have considered and a detailed Operating Concept showing the best way to integrate UAVs with existing forces. So when they are speaking with sellers they can ensure desirable capabilities are not left out, are better able to compare between various platforms/sellers and can use the analysis for proof that an independent expert verifies the value of their product.

For sellers who think they fully understand the technology, can still use the graphic diagrams and charts to show the buyers an independent third party confirmation about applications and capabilities.

8ak: What are MiG's capabilities in terms of reports/intelligence especially in an India context?

Herlik: MiG uses analysts who are respected in their fields. For example, I am responsible for this report and for discussing it with customers. I have over 5,500 hours flying fighter jets, have 2 patents and another two pending applications for UAV related patents. Besides the lead analyst, MiG has a staff of graphics and production experts who ensure that our quality standards are met.

On UAVs, we analysed 9 UAV market reports expecting that the forecasts would be parallel, but the divergence was huge and only two of them got it right for 2010. Given that market forecasts are so variable, MiG reports focuses approximately 50% on the technology and operating concepts and then only 50% about market forecasts. This we believe will give the best insights and value to the readers.

In addition, updates to the reports are free. So if a major new buy or disruptive technology comes out, we will send updates to the customer for no charge.
You must log in or register to reply here.
Similar threads
The first flight of China's Qimingxing 50 solar-powered UAV
France Orders Additional Reaper Block 5 UAV
Kelley Aerospace unveils world first supersonic UAV
Boeing Insitu to supply 15 ScanEagle UAVs to Afghan army
Share:
Facebook Twitter Reddit WhatsApp Link