UAE detains 11 Indians for planning to join, finance IS 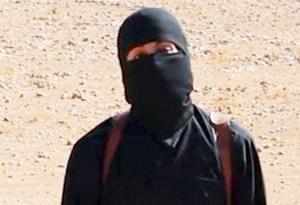 11 Indians are under detention in UAE since early August on charges of planning to join the Islamic State. (Picture used for representational purpose.)

NEW DELHI: As many as 11 Indian nationals are under detention in the UAE since early August on charges of planning to join the Islamic State (IS) and recruiting, financing and providing logistics to those willing to joining the terror outfit. This is after two Indians hailing from northern Kerala, detained as part of the same group, were deported from the UAE a couple of days ago and landed separately at the Kochi and Karipur (Malappuram) international airports.

According to intelligence sources, the UAE security services came across two groups of people hailing from India, based in Abu Dhabi and Dubai, who were involved in sharing and discussing issues pertaining to IS on social media. They were also reportedly trying to establish online contact with IS leaders. The groups on watch, though dominated by Indians, included a couple of Pakistani and Bangladeshi nationals.

Of those detained, eight were in Abu Dhabi and five in Dubai. A Pakistani and a Bangladeshi national were also held. The charges cited for the detentions included recruiting, funding and providing logistics to those interested in being part of IS. According to intelligence reports, the UAE authorities suspect that the 13 Indians were planning to travel, one by one, to Syria, possibly via Yemen or Turkey, and were in the process of organizing funds and logistics.

READ ALSO: Keralites deported from UAE for suspected IS connection

The identification of 13 new IS recruits of Indian origin adds to the 17 Indians already known to have joined the jihadi outfit. The two persons deported were educated in the UAE and had spent a good part of their lives there. The rising numbers of Indians gravitating towards ISIS will re-ignite the debate on how to deal with those returning after a dalliance with the outfit. The government and the security establishment will have to consider whether to prosecute them or treat them as misguided youth and de-radicalize them.

Given how seriously the UAE views any attempts by its residents to associate with terror outfits like IS, Indian authorities were worried about the fate of its 13 citizens. Fortunately, two of the detainees, both hailing from Malabar region of Kerala, were deported on Tuesday, ostensibly after being "cleared" by the UAE authorities. New Delhi, however, is awaiting the fate of the 11 Indians still in UAE's custody. They have not being charged as yet.

"As the 11 are still under investigation, the UAE government has not shared their identities with India. Depending on what they find during the course of their investigations, the Indians in custody could be deported or charged," an official told TOI.

The government is hoping that only minor charges will be pressed given that the detained Indians were only planning to visit Iraq/Syria but did not actually travel there.

Meanwhile, Kerala Police and Intelligence Bureau officers are speaking to the two deported Keralites to "find more about their alleged online activities relating to IS". "We are seized of the case but have not detained them yet," a senior Kerala Police officer told TOI. Though booking them is not a closed option yet, the agencies are debating whether the action should stop at counseling and "tracking" them.

Incidentally, the two Keralites were settled in the UAE for long. "They received their education in the UAE and were working there. Though their pro-IS activity was online, the UAE, given its strict policy against elements sympathizing with terror outfits, may have forced them to leave the country," said an intelligence official.

http://timesofindia.indiatimes.com/city/kozhikode/Keralites-deported-from-UAE-for-suspected-IS-connection/articleshow/48784575.cms#write
MALAPPURAM: It's learnt that a team of Kerala people were interrogated by UAE police following the findings that they are 'sympathetic' to the Islamic State terror outfit and some of them have already been deported to Kerala.

A 23-year-old youth who is native of Tirur in Malappuram district of state was detained by a joint team of immigration and intelligence bureau at Kozhikode International airport four days ago. He was detained after the information received by Indian authorities from UAE police.

The youth, returning from Abu Dhabi, was however released later and his arrest was not recorded. But, after the detailed interrogation of this youth, the intelligence agencies have got information that the UAE police have interrogated a group of Malayali youth including working in Abu Dhabi for their social media posts supporting IS. The youth were attracted by the job in Syria offered by pro-IS organisations. The organisations contacted the youth through the social media, after noticing their pro-IS posts, said sources.

Sources said that more persons from Kerala are under scanner of UAE police for their pro-IS activities and they would be deported soon back to Kerala. Meanwhile, the persons who have already been deported to different parts of state through Kozhikode and Nedumbassery international airports, are under the observation of police and intelligence agencies.

It is also learnt that a Tirur native, who was interrogated by IB officials, is also under scanner of investigation agencies for his alleged connection with terror outfit. He had worked in UAE for two years.

Earlier there were reports that a person from Palakkad and a native of Kozhikode in Kerala joined the IS. But according to the statement given by Tirur native, there is no information regarding Kozhikode native who allegedly joined IS, for last many months.

This is good news, the new security agreement with UAE has started to take effect.

I don't get it, why this Pakistani(OP) celebrating this news.Because of the biradari joining them?

Pakis ko bahut mirchi lagi hai... because of below...

@Neo : Why are you and your brothers avoiding so many threads and not posting anything there but posting a new topic? 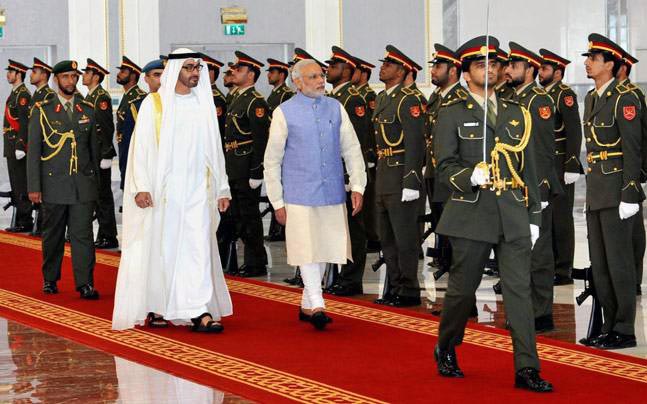 Blame it on others, Indians are perfect. Those Keralistes were ISI breed in disguise.

If anything this only proves that most Indian muslims are no different from their paki brethren. the only thing which keeps them from showing what they are is the fact that they are a minority now and they know they would be flayed by the majority if they try any funny business like the Porkis.

this is exactly why we should find a proper solution to the menace they pose to our security, unlike what the likes of @blueblood advocates

I request the UAE to execute them on Terror charges.

Rowdy said:
I request the UAE to execute them on Terror charges.
Click to expand...

Yeah... terminate those backstabber traitors... we don't wanna use our taxpayer money on them to be kept alive in jails.

We don't even want their filthy bodies to be buried in Indian land.We only like to bury Paki soldiers.

These snakes were better getting pounded every day by UAE authorities. Here in India some scumbag NGO will come in the name of Human rights and will get them off the hook to spread venom on Indian land.

Shame on these people spoiling name of India ...

@rock127, is it necessary to nag @Neo in every thread? He has been rather patient in his responses. Please reciprocate.

rock127 said:
Yeah... terminate those backstabber traitors... we don't wanna use our taxpayer money on them to be kept alive in jails.

We don't even want their filthy bodies to be buried in Indian land.We only like to bury Paki soldiers.
Click to expand...

there are rudaaliis here jo faansi mat do karke rona shuru kar denge.
Hope UAE kills them with a bullet there only.

Rowdy said:
there are rudaaliis here jo faansi mat do karke rona shuru kar denge.
Hope UAE kills them with a bullet there only.
Click to expand...

I am telling you, instead of killing terrorist pigs, we can formulate a law which exiles the families of the terrorists(including the extended families). That way the human rights whores can't be whoring about human rights and shit. And it is a very effective way to deal with their population rise.

If only we had more pragmatic and informed Hindus , it would be a reality

Dude seriously? Even you have to go out of your way to be apologetic about Indian Muslims?

rock127 said:
Yeah... terminate those backstabber traitors... we don't wanna use our taxpayer money on them to be kept alive in jails.

We don't even want their filthy bodies to be buried in Indian land.We only like to bury Paki soldiers.
Click to expand...

If they use Muslim law for punishment them that would be a great lesson.

These terrorists aren't the enemy of just Iraw, or Syria, or Hindu's or Muslims, or the west. They are the enemies of all of humanity. If guilty, a swift and painful death for them, would be a cause for celebration by Indian's, Pakistani's and the Chinese as well.
You must log in or register to reply here.
Similar threads
China-Bound UAE Aircraft Carrying Weapons Detained in India
Trump announces Israel-UAE Peace Deal
Pakistan-UAE Relations
UAE issues reactor licence for first Arab nuclear power plant
Share:
Facebook Twitter Reddit WhatsApp Link