Turkey to buy U-214 SSK at reduced price

Turkey to buy U-214 SSK at reduced price

Turkey’s Navy will buy six modern submarines to be built by Germany’s HDW shipyards at a price nearly 20 percent lower than what the Germans had originally offered, procurement officials said.The Defense Industry Executive Committee, Turkey’s top decision-making body on defense procurement, selected HDW over its French and Spanish rivals in the summer of 2008. At the time, the program’s expected cost was announced to be nearly 2.5 billion euros.

After yearlong price and work-sharing negotiations between the Undersecretariat for Defense Industries, Turkey’s procurement agency, and the German company, a final contract was signed in July.No price was specified in the public announcements for the contract at the time, but Hürriyet Daily News & Economic Review found out that the cost of the program was around 1.96 billion euros, which is nearly 500 million euros lower than the original price.

Turkish officials said they were also content with the work-sharing arrangement, which enabled Turkey’s local companies’ involvement in the deal, although no details were clear.The Kiel-based HDW, a subsidiary of the German conglomerate ThyssenKrupp, will now build six modern U-214 type submarines with Turkish partners. 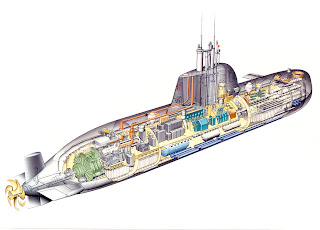 While HDW cleared the way for the Turkish program, its similar efforts for Greece have recently faltered. HDW and its Greek subsidiary, Hellenic Shipyards, in late September canceled their submarine programs with the Greek government, citing Athens’ 524 million euros outstanding debt to the companies.
In 2006, HDW and Hellenic Shipyards delivered the first of four Class 214 submarines to Greece. But, Athens did not accept the vessel, citing technical failures. It is not clear at this point how the dispute can be resolved.