Supplied: US Geological Survey
A magnitude-7.8 earthquake has struck near the city of Christchurch in New Zealand, generating a tsunami and causing widespread damage along the northeast coast of the South Island.

New Zealand's Civil Defence issued a tsunami alert after the quake, warning of the risk of destructive waves along the country's entire east coast and advising residents on the east coast of the North, South and Chatham Islands to seek higher ground immediately.


Waves of up to three to five metres could be possible in areas close to the epicentre for up to two hours after the earthquake, the warning said.

Civil Defence said the first tsunami waves had arrived but it was too early to assess the damage or if there were any casualties.

"Further waves should be expected and may be larger or more dangerous," a Civil Defence statement said.

The powerful quake hit just after midnight (local time), with strong jolts causing some damage to buildings more than 200 kilometres away in the capital, Wellington.

The USGS revised up its original measurement of the quake's strength from magnitude-7.4 to 7.8.

Soon after the quake, Anna Kaiser, a seismologist at GNS Science said a tidal signal or surge of up to one metre had alreadybeen recorded in the North Canterbury region of the South Island.

The Pacific Tsunami Warning Centre said there was no immediate danger of a broader Pacific-wide tsunami from the quake.

Effects felt as far as Wellington
Photo A large fissure runs along the Kaikoura Road about two hours north of Christchurch.


In Wellington, 214 kilometres north of the quake's epicentre, power was knocked out in some places, with windows smashed and chimneys damaged.

A series of aftershocks were recorded around the country, some as strong as magnitude-6.1.

Earthquake 'scarier than normal'
Photo People evacuated from buildings stand on a street in Wellington, after the earthquake shook the New Zealand capital.


ABC journalist Tom Maddocks was staying in Christchurch at the time of the quake and was evacuated from a hostel in the area.

He said the coastal suburb of New Brighton, some 10 kilometres from Christchurch, had been swiftly evacuated.

"Everyone seems OK here. There's a lot of debris in houses, but at this stage it doesn't look like anything too bad has happened," he told Radio New Zealand.

Australian journalist Gemma Snowdon, who is living just north of Christchurch, told the ABC the tremor woke her from her sleep.

Snowdon said the situation was "scarier than normal".

"I have been hearing sirens and alarms going off throughout the city. I think everyone is a bit shaken up by this," she said.

"[Earthquakes] are a common occurrence but this one was particularly long and protracted."

External Link Tweet from Mike Dawes: "So my swimming pool came in to visit after the earthquake #eqnz"


Within New Zealand there was some confusion about the tsunami threat.

The Ministry for Civil Defence had earlier sent out a message on Twitter saying there was no tsunami threat to the country.

But it then sent another message, "situation has changed — tsunami is possible" before reporting a tsunami had hit.

It said the National Crisis Management Centre had been activated to coordinate the central Government's response.

The quake struck at a relatively shallow depth of 10 kilometres. Earthquakes tend to be more strongly felt on the surface when they are shallow.

New Zealand sits on the "Ring of Fire", an arc of seismic faults around the Pacific Ocean where earthquakes are common. 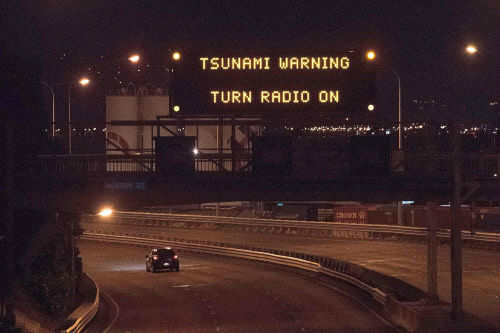 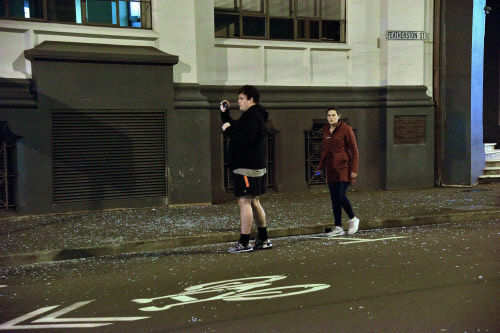 07:08 PMPeople evacuated from a hotel in Wellington 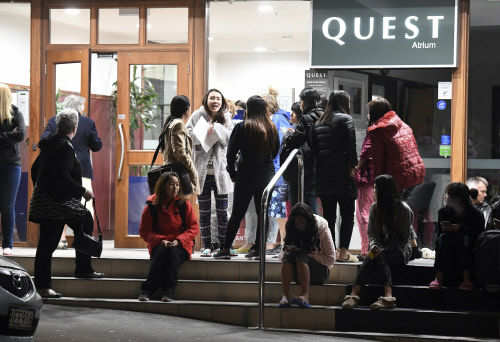 More than 50 aftershocks have been felt up and down the country, with Kaikoura and Malborough getting several each. Elm Homestead in Kaikoura has collapsed, while people are evacuating coastal areas of Christchurch.

We'll be updating with new images as New Zealanders across the country wake up to the damage. 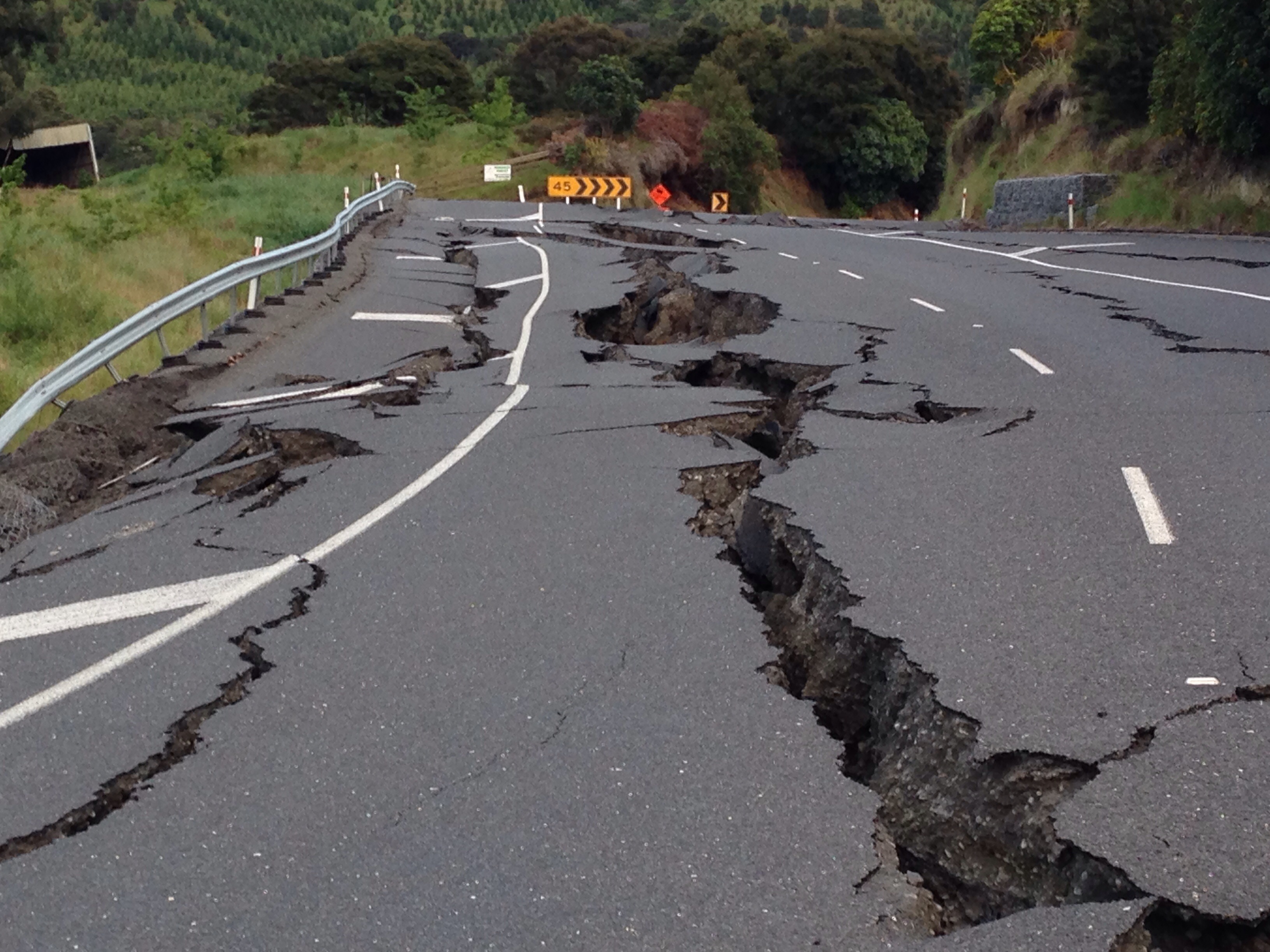 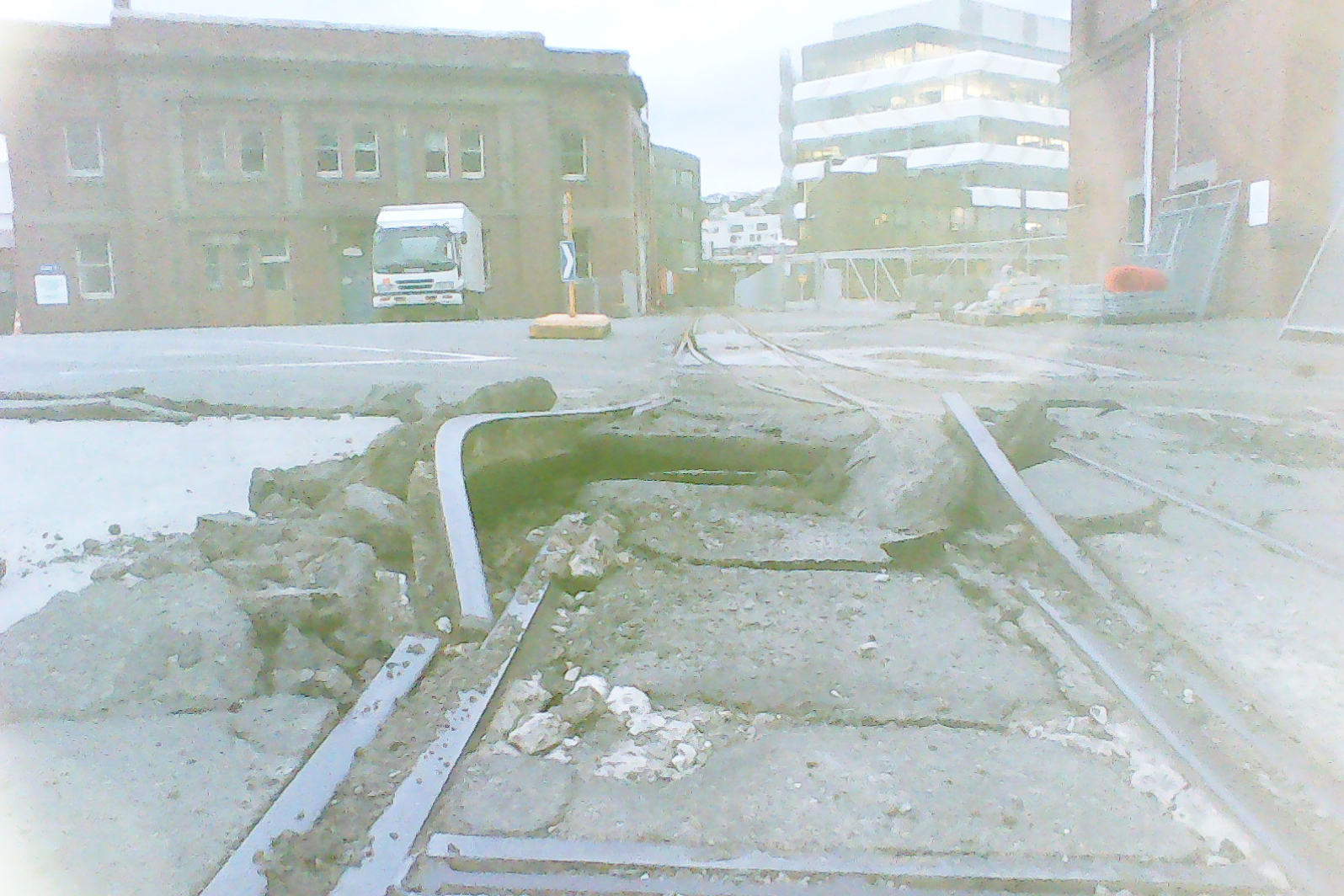 AN EARTHQUAKE with a magnitude of 6.2 has hit in Argentina just hours after a similar disaster in New Zealand. 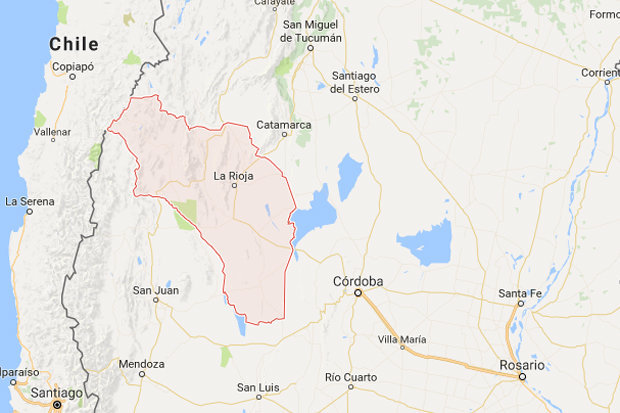 TERROR: The La Rioja province where an earthquake hit
The quake struck at around 8am local time in the north-western part of the country called La Rioja province, near the border with Chile.

So far no injuries have been reported.

With a depth of 62 miles, the quake follows another disaster earlier this month when a tremor shook central Chile.

The tremor sparked a two-metre high tsunami on the south island and forced people to flee their homes.

World's most damaging natural disasters
Saturday, 12th November 2016
The world has witnessed numerous disasters over the centuries and although most are man-made due to wars and terrorism, mother nature certainly dishes out her fair share of damage.
1 / 58 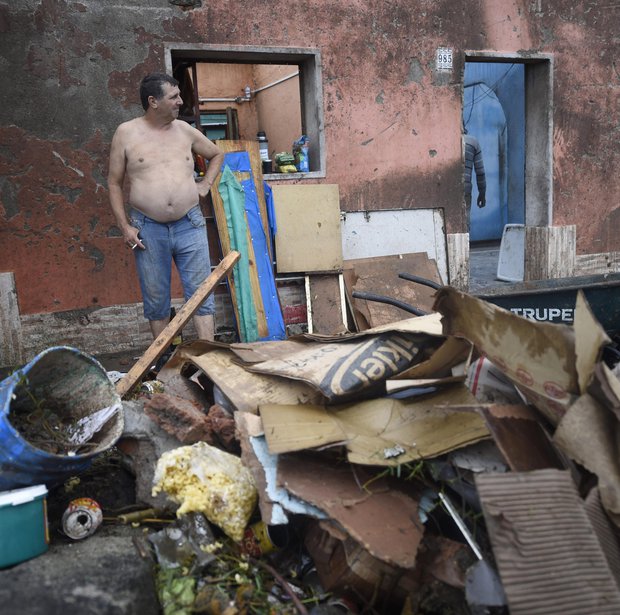 The quake was measured at 7.8 magnitude and struck just after midnight local time (11.02am GMT), the US Geological Service reported.

The The New Zealand Ministry of Civil Defence tweeted: "A tsunami has been generated, the first wave has arrived in the North Eastern Coast of the South Island.

"People near the coast in the south island should move to high ground or inland."

7.8 earthquake hits New Zealand
Sunday, 13th November 2016
A powerful 7.8 magnitude earthquake has triggered a tsunami off the coast of New Zealand – near the same place a tremor killed dozens of people.
1 / 14 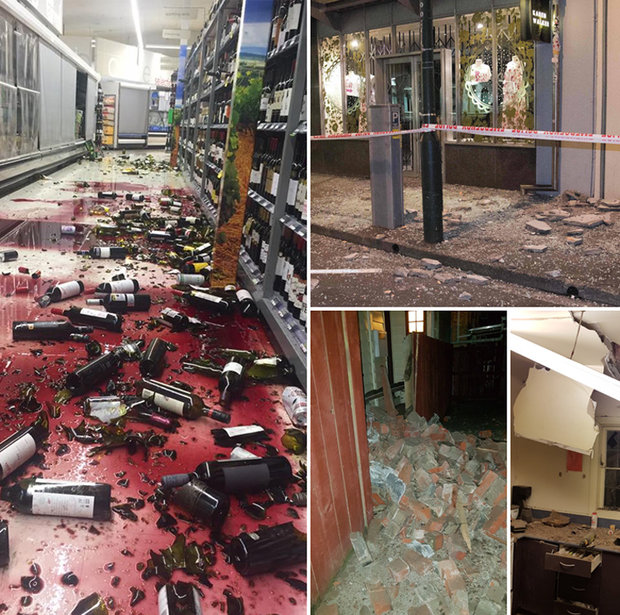 The epicentre of the quake hit just 20km from a popular tourist hotspot near Christchurch and tremors were felt as far away as Auckland and Wellington.

Pictures show the huge scale of the devastation, as buildings were destroyed and homes brought down in the disaster.

A number of casualties have been reported near where the quake hit.

Some people are connecting it to full moon as it is biggest / closest to earth in last 70 years.

hit&run said:
Some people are connecting it to full moon as it is biggest / closest to earth in last 70 years.
Click to expand...

68 years to be precise and its gonna happen on 14th, which I guess is already underway in New zealand considering you guys are living in far east.
That being said, moon is gonna be as much as 15% bigger then an average full moon, and this will happen again not before 2034.

Looks like a lot of collateral damage has happened in New Zealand.