Axelson has also beaten the Big Dan - the Great Lin Dan from China in Rio Olympic to win the bronze medal.
S

dear 'young?' indians... it seems the olympic sports history and quite some sports actuality are unfamiliar to you guys...
------------

Indx TechStyle said:
Philippines was rich at a time when rest of Asia was a warzone like middle-east and hungry like Africa. Indeed Marcos and other leaders didn't do anything to improve anything. But it's delusional if you believe that PHL was some sort of great economic power those days.

All other Asian states were either important for west and got their critical industries or were a couple like China, India and Japan who had capacity to create their own industries.

US itself came to benefit those Japan, Singapore or SoKo. Even in their ruins those days, they were geographically more important and had more diverse economy to grow.

The best bet for Philippines to attract US favour is to blackmail it by pandering China and probably even shift to China (because US is unlikely to care). Sucking on like master-slave relationship hasn't brought PHL anywhere.

Philippines isn't UK, France, Russia, Japan, India, Iran or even equivalent to Brazil and Mexico. Since it doesn't have its own clout, it doesn't need a consistent posturing while taking sides. That's detrimental for small nations.
Click to expand...

You better read more about Asian history. The Philippines was more destroyed than India and perhaps only second to Japan. Manila alone was considered the 2nd most destroyed allied City after Warsaw in WW2. But despite that by 1960s we were roaring. Then came Marcos dictatorship and his populist policies. The rest is well known history.

Guys, any link to watch the wrestling match online???
A

The fight between Philippines and Ukrainian boxer was epic. It was a slug fest from the start. But the Ukrainian came out on top. Kodus to both boxers!


The Philippine boxer got bronze. But another Filipino boxer Carlos Paalam won by unanimous decision against his Japanese opponent Tanaka. This match was a masterclass. Cheers to these wonderful fighters!


Paalam has now a shot at gold.

Yep I'm searching for that too.
In just few hour's gold medal fight will start

Na , they will fight on Thursday now .News dekho

It's going to start..

asianobserve said:
The fight between Philippines and Ukrainian boxer was epic. It was a slug fest from the start. But the Ukrainian came out on top. Kodus to both boxers!

"Unavailable in your country"

LaIllahaSigmar said:
"Unavailable in your country"
Click to expand...

You mean not available live on TV? It's shown only through the internet.

Abdus Salem killed said:
A country called porkistan with highest number of inbreds cannot compare with Germany which is not filled with mard e momins and is nowher to be found

What a fuckin dumbass, "There is no comparison b/w the 2" and in the same line calls us "rivals" which literally means "be or seem to be equal or comparable to ". 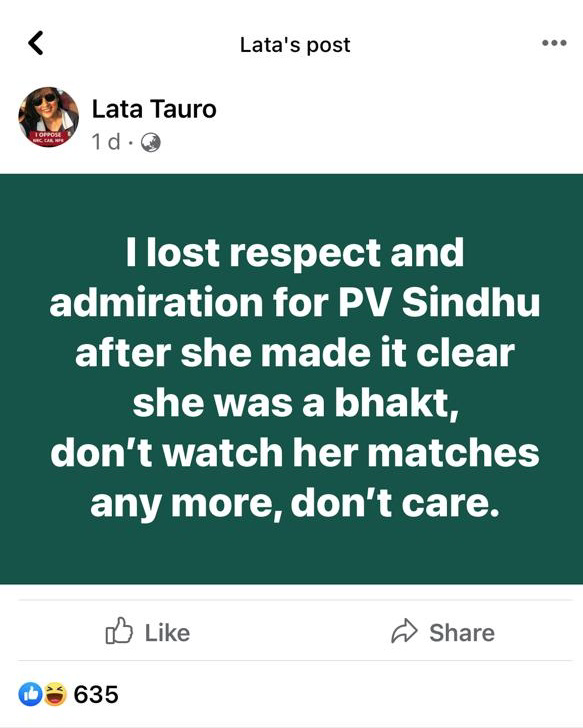 asianobserve said:
You mean not available live on TV? It's shown only through the internet.
Click to expand...

The channel has probably limited the video to some countries.
D

But the two medals doesn't give 2 [email protected] what she thinks
Click to expand...