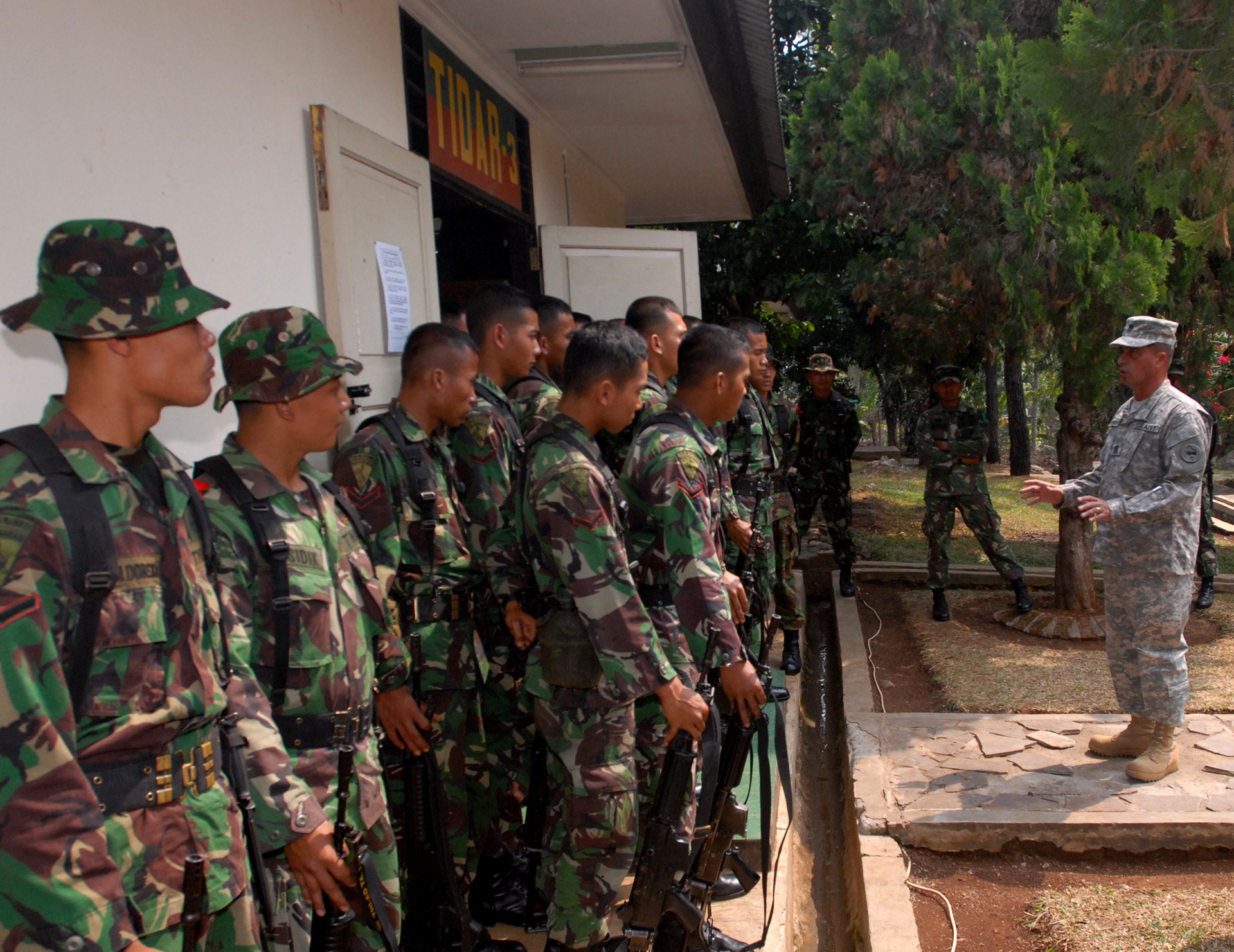 The Indonesian Military (TNI) is to set up two new military commands in West Kalimantan and West Papua provinces in an apparent bid to revitalize its much-criticized territorial function.

Newly sworn in Army chief of staff Lt. Gen. George Toisutta said the move was part of the military’s tireless efforts to maintain the state’s sovereignty over its large territory.

“Territorial commands are important for the Army to maintain the country’s sovereignty and to prevent any infiltration by foreign enemies,” he said in a press conference after a job transfer ceremony at Army Headquarters on Wednesday. George replaced Gen. Agustadi Sasongko Purnomo.

TNI chief Gen. Djoko Santoso reiterated that the reshuffle had nothing to do with any insubordination, but was part of the military’s internal program to improve professionalism and make adjustments in a rapidly changing situation.

He said recently that territorial commands were one of the main objectives of the military reforms which were mandated by the 2004 Law on TNI. Djoko added that the other objectives of the internal reforms included neutrality, professionalism and prosperity.

There are now 12 regional military commands across the country.

A military command covers one province or more, having top-down command over military offices in regencies and municipalities, over districts and subdistricts and up to remote areas nationwide, with armaments and personnel standing guard. 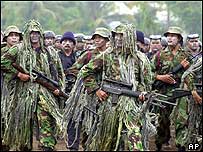 The 12 military commands were the result of a merger of more than 20 military commands following the downfall of late former president Soeharto in May 1998. The merger was part of the military’s internal reforms, since their territorial authority was used to abuse human rights and curtail democracy during the New Order era.

Later, Aceh and Maluku were granted their own military commands following escalating security disturbances and secessionism in the two provinces from 2000 through to 2007.

The executive director of the Indonesian Institute for Strategic and Defense Studies (Lesperssi), Rizal Darma Putra, said the expansion was not necessary because the country was not facing any serious external threat.

“The expansion will require the Defense Ministry to spend more money out of its already limited budget,” he said.

“The Defense Ministry will be required to invest in unnecessary personnel, equipment, weapons, buildings and vehicles for the territorial expansion. I don’t think they are necessary. Why don’t they spend the money on improving soldiers’ social welfare?” he said.

Instead, Rizal said, the money should be used to increase soldiers’ salaries because improving the welfare of low-ranking military officers had been a continuous problem and needed to be resolved.

The research coordinator of the Indonesian Human Rights Monitor (Imparsial), Al Araf, said the expansion was not necessary because it would create a functional overlap with the police.

“The Army stations its military command officers in every corner of a region to anticipate possible internal security threats,” he said, but pointed out that internal threats, such as terrorism and separatism, were handled by the police.

However, University of Indonesia’s defense expert Andi Widjajanto said territorial expansion was necessary for border defense in Kalimantan and Papua, saying external threats could happen at any time and the country should be prepared.

Like Araf, he acknowledged that the possible negative impact of the expansion might be the military and the police roles overlapping.

“Problems can arise during the process of reaching conflict resolution between the military and the police,” he said. (nia)