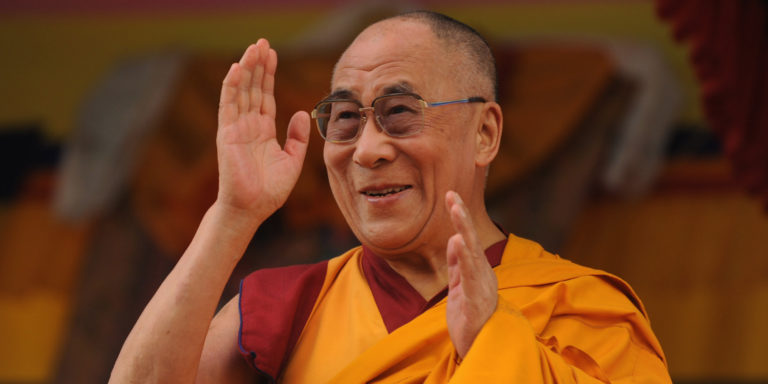 In his message for Christmas, the Dalai Lama said, “China has one of the highest population of Buddhists in the world. And slowly, the Buddhists there have started realizing that the kind of Buddhism we practice is true.”

The Tibetan spiritual leader sent his message from Gaya in Bihar where he will stay for 14 days.

The Dalai Lama will deliver teaching on ‘A Guide to Bodhisatva’s Way of Life’, a revered Buddhist scripture, according to reports.

The book was composed in the eighth century by an Indian monk Santideva.

He will also deliver a lecture on Buddhism on January 6 in the presence of 50,000 people.

China and the Tibetan Buddhists are locked in a fight over Dalai Lama’s successor.

While China has been insisting that the tradition of reincarnation of the Dalai Lama should continue, many Tibetans are opposed to Beijing’s apparent attempt to ‘impose’ a successor.

China accuses the Dalai Lama as a ‘separatist’ working for Tibetan independence.

The 14th Dalai Lama fled to India in early 1959 to escape from the Chinese occupation and lives in exile in the hill town of Dharamshala in Himachal Pradesh.