Is it possible that the Taliban have made the biggest mistake possible by diverting their attacks on the Allies in Afghanistan and switching their focus to taking over homeland Pakistan?
The Pakistan government and military sat back and watched the fun whilst these fierce tribesmen attacked the hated infidel in Afghanistan. But then the Taliban started thinking that Pakistan would allow them to bring their Sharia rule to their home land because of all the support they were getting.
This does not now seem to be the case. The ruling Pakistani elite suddenly found themselves in incredible danger of a Taliban takeover and decided enough was enough.
I mean guys like Imran Khan wouldn't want dames like Jemima Khan all covered up in a hijab and locked in some hovel now would he?
Is this then the Taliban's biggest mistake and their ultimate undoing? 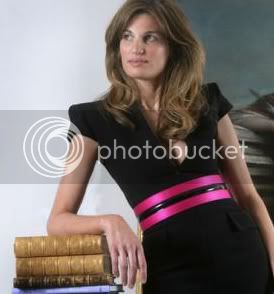 Jemima Khan heads off to market in Islamabad after the Taliban takeover. 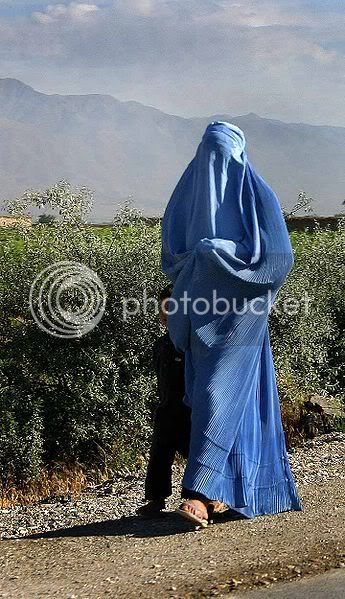 I am surprised that no one wanted to comment on this. I meant it.
Will this be the ultimate defeat of the Taliban in Afghanistan if they are defeated in Pakistan? Is the PA actually doing what all the Allied effort has been unable to achieve?
Cutting the plant off at the roots instead of picking the leaves?
S

Has the US decided that payola in Pakistan is a hell of a lot cheaper than their own military effort in Afghanistan.

The Taliban saw a soft target in Pakistan with tacit support of the ISI and PA. So no it was not a mistake to attack Pakistan as it was invited to do so.

What Pakistan is doing now is a cosmetic, aimed to get more funds. It has no will and wish to fight them, but is doing so because of US pressure.
S

I'm just an Aussie down near the South Pole [see map to my house], but isn't it possible that guys like Imran Khan and others at the top level might just say "Enough is enough, this Taliban junk has got to stop"!
I mean, Jemima doesn't like wearing clothes like that anyway.

Well Jemima probably had a sixth sense and thats why went back to London.
S

Ah! Yusuf, you found the secret answer. Well done you win. Jemima buggered off back to London ages ago. THANKS.
You must log in or register to reply here.
Similar threads
India’s UNSC alliance with Japan biggest mistake: Chinese media
Iraq war biggest mistake of US: Albright
China beats US to be India's biggest trade partner in H1FY21
India is trying to build the world's biggest facial recognition system
Share:
Facebook Twitter Reddit WhatsApp Link