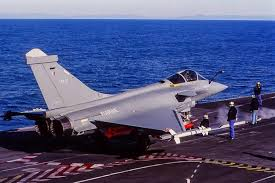 A detailed history of the Rafale fighter aircraft program

The very first origins of the Rafale program came from the disappointment of the French Air Force at not being able to acquire the Super Mirage 4000, extremely efficient but heavy and therefore expensive, and which had to be content with the Mirage 2000 (Dassault hoped to finance and build the Super Mirage 4000 for the air force, while self-financing the Mirage 2000 for export needs. The President of the French Republic at the time decided otherwise. Dassault was unable to find an export customers for Super Mirage 4000, a competitor to the American F15, and the program remained a technological demonstrator). When the time came to think about replacing the old Mirage 3 and 5 and the Jaguar, Dassault and the French official services had the idea of designing a completely versatile aircraft so that it could replace all the jets in line: The Mirage 4 of reconnaissance and deterrence, the air defense Mirage 2000 the tactical and air defense Mirage F1, the Jaguar, the latest Mirage 3 and 5 and even the Crusaders and Super standard of naval aviation.

It must be said that the 1970s and the beginning of the 1980s saw French aero industry made great progress in order to make up for the short lead of American aircraft : FBW on Mirage 2000, rapid development of composites, mastery of design software (Catia soft), engines with mono crystalline blades, versatile radars (RDY).

These advances were added to the excellent skills already acquired by Dassault in aerodynamics, his specialization in delta wings and his mastery of complex programs, and the skills of French electronics engineers in electronic warfare systems (heritage of the aerial branch of the French nuclear deterrence).
During this new program, currently called ACX, the Air Force insisted on obtaining a twin-engine aircraft. Formula which also had the support of naval aviation in terms of safety.

The ACX was going to rely on:
Exploratory developments, already launched for some, were accelerated. The reactor in particular was very ambitious, since it had to have more thrust than the F404 while being smaller and lighter.

At the beginning of the 1980s, Europe sought to acquire a medium aircraft to replace a good part of the French, English and German (Phantom), Italian & Spanish fighters… Dassault and British Aerospace competed for the leadership of the project.

The Europeans could not agree on the characteristics of the plane (versatile and lighter for France, oriented air-air and heavier for the others, mainly the English) nor on the industrial assembly.

At the 1986 Farnborough Air Show, the ACX demonstrator, renamed Rafale A in the meantime, proved to be more efficient than its competitor, the EAP.

France, certain of the advantages of its aeronautical industry, decided in 1988 to make its own plane, against a consortium which developed the Eurofighter. 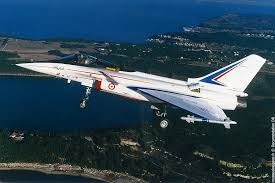 Rafale was scheduled to enter service in 1996, and an initial quantity of 326 aircraft for the Air Force and Naval Aviation was planned.

The fall of the Berlin Wall and the subsequent drop in defense budgets decided otherwise. It was postponed for several years and the quantities reduced, like all of the major weapons programs of the moment (nuclear aircraft carrier delayed, Leclerc MBT delayed and cut, etc.).

From the beginning, three aircraft standards were provided :

The modularity of the aircraft and its very open architecture make it easy to upgrade from one standard to another easily.

This same modularity has made it possible to reduce to 2 hours the time necessary to replace a PESA antenna with an AESA antenna on the same radar.

Rafale is a mature aircraft, which offers very high performance:

From the very beginning, there is a strong road map for Rafale.

Beyond the F3 Standard, imagined from the beginning of the program in the late 1980s, a F3R standard has just been put into service. It adds to the complete F3 standard the ability to fire the Meteor missile, the reconnaissance capability thanks to the TALIOS pod, improvements to the radar and electronic warfare system and, for export, an integrated HCMS.

Note: for Indian and Qatar market, some new equipments are (or are to be) integrated : US laser pod, Israelis guided bombs, Indian AAM 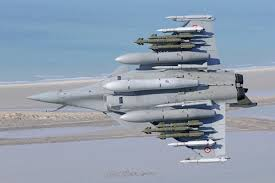 The F4 standard has just been ordered for delivery in 2024. It will add capabilities to radar, optronics, electronic warfare system, A new guided and powered bomb of 1000Kg, a new medium-range air air missile, data links higher bandwidth and satellite data link to become a communication node like the F35.

Beyond F5 and F6 are already the subject of R&D, with work on the improvement of stealth (maybe with frame modifications), the generalisation of GaN for the radar antenna (with probably side antennas) and Spectra, the remote management of drones, collaboration with the future Franco-German SCAF aircraft (which will be much heavier), stealth cargo for weaponry, conformal tanks, etc.

The future of the Rafale is written until at least 2060.

The rapid and easy scalability of the Rafale is exceptional (you only have to see the slowness and limitations of Eurofighter). It is clear that the teams that defined this weapon system in the 1980s were proof of a remarkable spirit of anticipation.
Last edited by a moderator: May 12, 2020 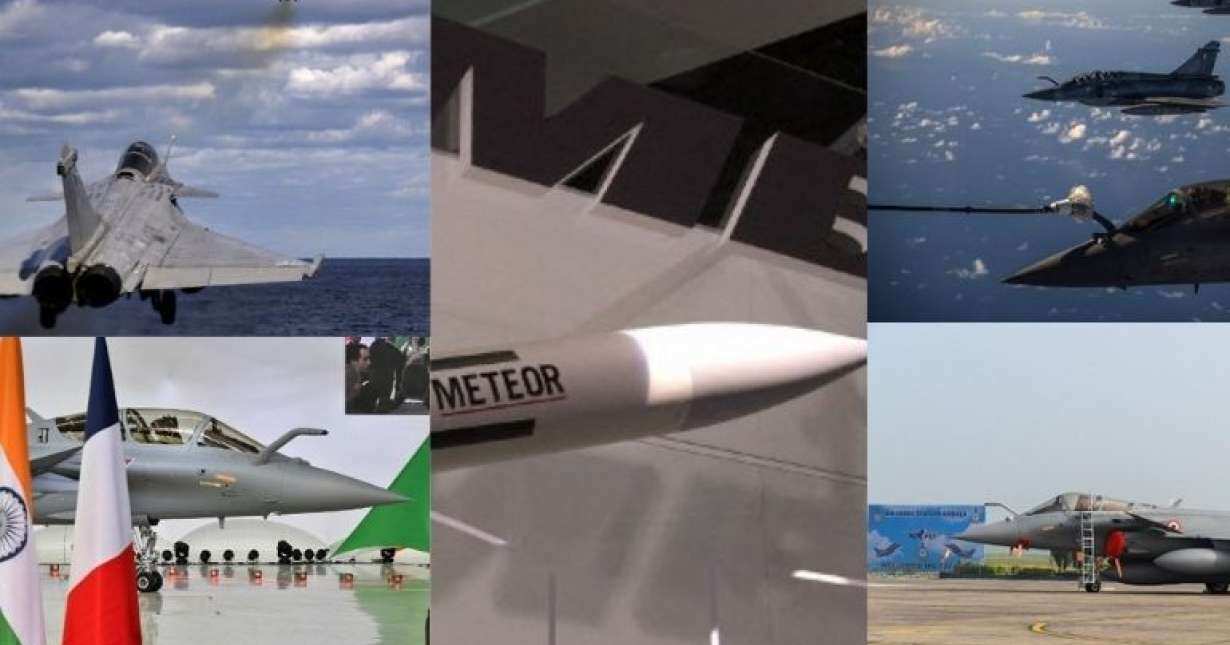