The origin and legacy of the Etruscans

A 2019 genetic study by Stanford, published in the journal Science, which analyzed the autosomal DNA of 11 Iron Age samples from the areas around Rome, concluded that Etruscans (900-600 BC) and the Latins (900-200 BC) from Latium vetus were genetically similar, and Etruscans also had Steppe-related ancestry despite speaking a pre-Indo-European language.

A 2021 genetic study by Max Planck Institute, Universities of Tübingen, Florence, and Harvard, published in the journal Science Advances, analyzed the autosomal DNA of 48 Iron Age individuals from Tuscany and Lazio and confirmed that in the Etruscan individuals was present the ancestral component Steppe in the same percentages found in the previously analyzed Iron Age Latins, and in the Etruscans' DNA was completely absent a signal of recent admixture with Anatolia or the Eastern Mediterranean, concluding that the Etruscans were autochthonous and they had a genetic profile similar to their Latin neighbors. Both Etruscans and Latins joined firmly the European cluster, 75% of the Etruscan male individuals were found to belong to haplogroup R1b, especially R1b-P312 and its derivative R1b-L2 whose direct ancestor is R1b-U152, while the most common mitochondrial DNA haplogroup among the Etruscans was H.

Genetically similar to Latin people who were IE.

The Etruscan system of belief was an immanent polytheism; that is, all visible phenomena were considered to be a manifestation of divine power and that power was subdivided into deities that acted continually on the world of man and could be dissuaded or persuaded in favour of human affairs.


How to understand the will of deities, and how to behave, had been revealed to the Etruscans by two initiators, Tages, a childlike figure born from tilled land and immediately gifted with prescience, and Vegoia, a female figure.

Their teachings were kept in a series of sacred books.

Three layers of deities are evident in the extensive Etruscan art motifs. One appears to be divinities of an indigenous nature: Catha and Usil, the sun; Tivr, the moon; Selvans, a civil god; Turan, the goddess of love; Laran, the god of war; Leinth, the goddess of death; Maris; Thalna; Turms; and the ever-popular Fufluns, whose name is related in some way to the city of Populonia and the populus Romanus, possibly, the god of the people.

Again busts the claim that Indo-European culture has a common origin. These ideas were present everywhere.

Etruscan civilization - 900bce-25bce
Same time period when Scythians were roaming in the steppes and Vedic Indians were composing great literatures.

Indo-Aryan said:
Again busts the claim that Indo-European culture has a common origin. These ideas were present everywhere.

Etruscan civilization - 900bce-25bce
Same time period when Scythians were roaming in the steppes and Vedic Indians were composing great literatures.
Click to expand... 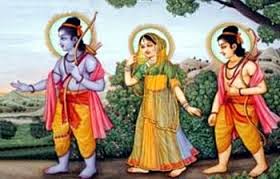 Sri Rama was born in Ayodhya in India not a year later than 5118 bc. The exact planetary positions at the time of his birth, recorded in the Valmiki Ramayana, have not occurred in the skies since 5118 bc- viz various astronomical sources.


Here is the SHOLKA from Valmiki Ramayana:

"
By deduction we also know that Sun was in Aries, Mars in Capricorn, Jupiter in Cancer, Venus in Pisces and Saturn in Libra. Sun and Venus are always within 47 degrees of each other and that condition is fulfilled if Sun is in Aries and Venus is in Pisces. If Sun and Venus are exalted, Mercury cannot be exalted because Mercury is always within 28 degrees of the Sun. If Sun is in Aries, Mercury cannot be in its exaltation sign Virgo. Aries and Virgo are too far apart.

Since Moon and Jupiter are together in Cancer in the first house or ascendant, it caused one of the best forms of Gaj Kesari Yoga. Jupiter is exalted, and Moon is in its own sign in Cancer. What could be better than that! And five exalted planets made him an divine, an emperor who's fame has refused to fade away. But we are looking at Lord Rama's planetary positions here from a point of view of astronomy, and not astrology! Though both are intricately tied up with one another!!

The closest date from today into the past, for which the planetary data of Lord Rama's birth fits in, is 10th January, 5114 bc . Since then this combination has never occurred in the skies which implies Sri Ram was born no later than 5114bc .
" 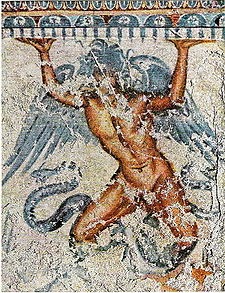 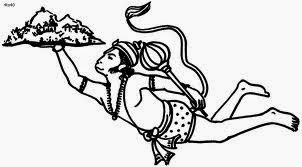 This following etruscan artefact depicts the scene of Sugreeva and Bali, the two VAANRA - chiefs, with Tara who was the wife of Bali 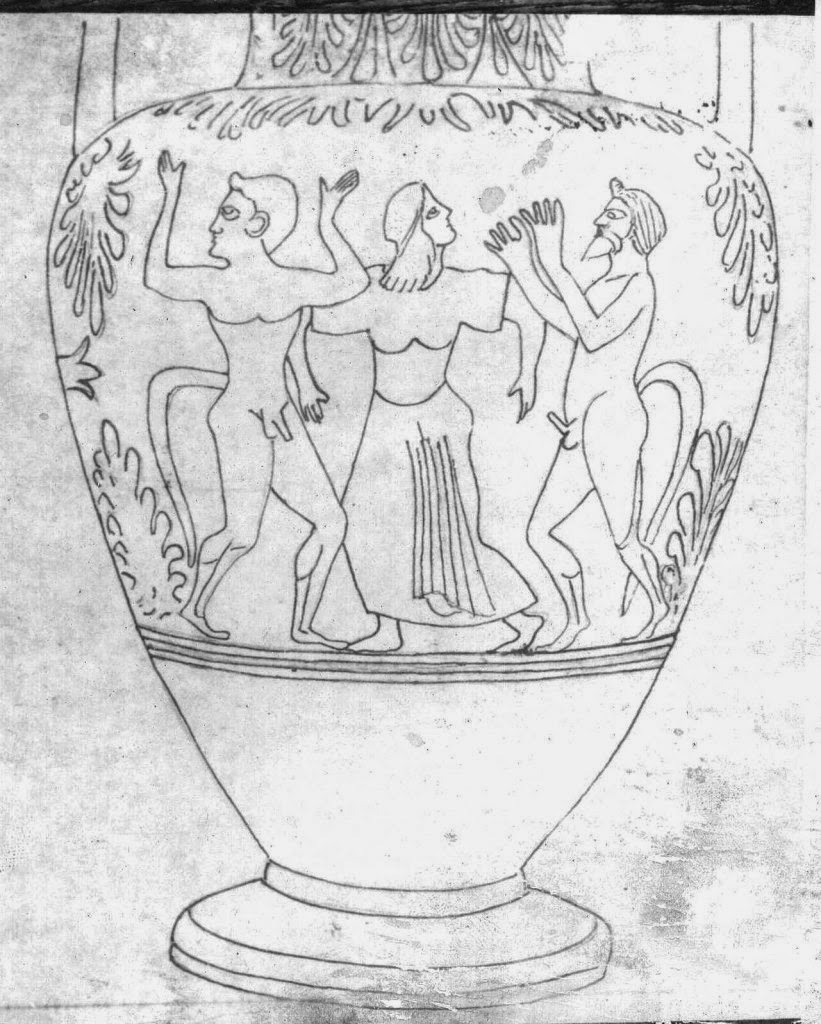 Following sketch of etruscan. Kaushalya and Kaikeyi, the two queens of King Dasratha The features of the etruscan men and women, especially their large eyes, and the attire were distinctly Asian as is evident from the many paintings and sculpture artifacts of the time.

The covered head and Indian SAREEE as well 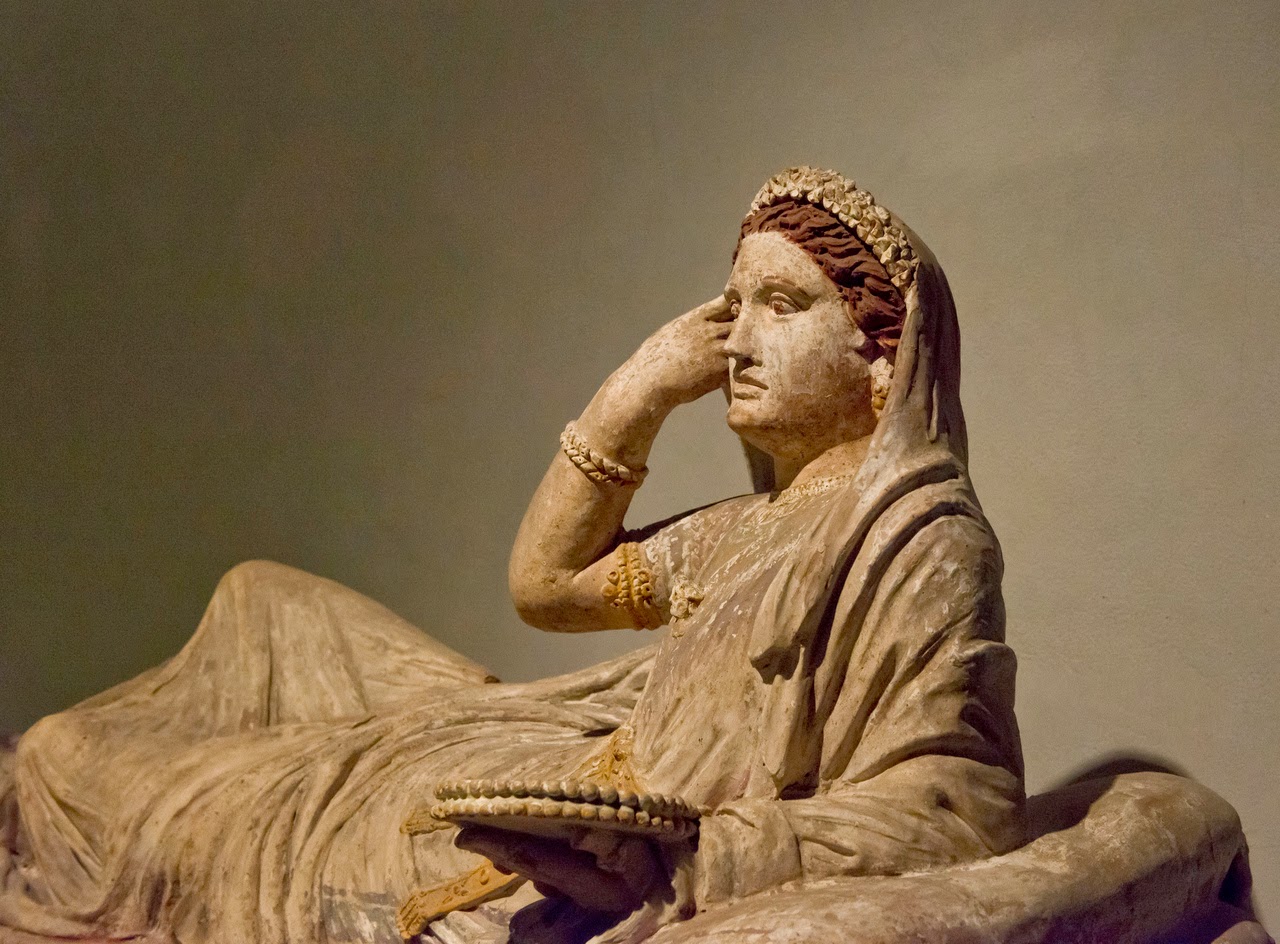 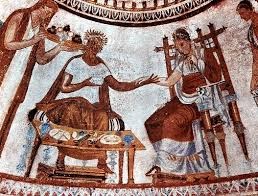 Could this sketch be a depiction of the abduction of Sita by Ravana. Centre: Notice the dead deer 'Marichi' and a tussle between Ravana and Sita. On the right Ravanatakes Sita to Lanka via the aerial-route depicted by the winged-horse. Left: Is the bird 'Jatayu' who is slain by Ravana? 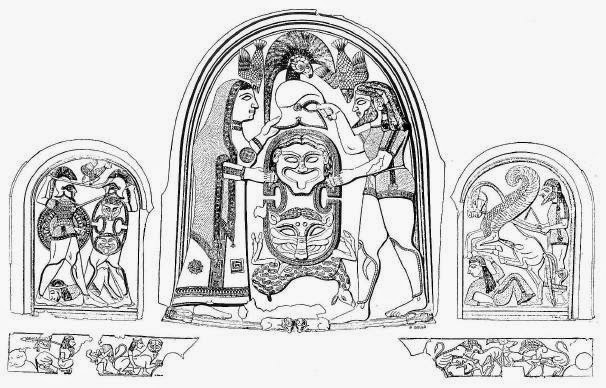 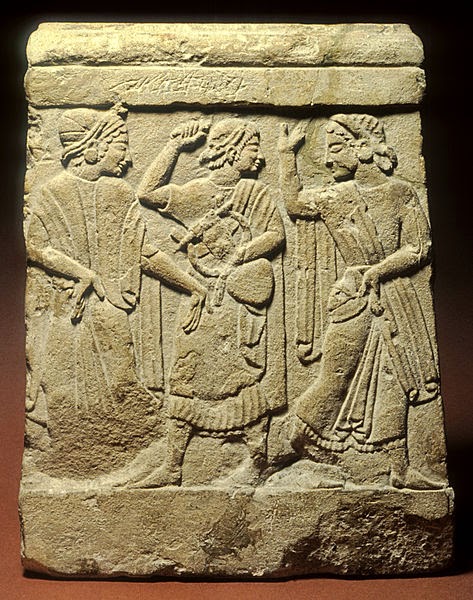 Notice the Garuda like creature. In Vedic scriptures Garuda's father was Rishi Kashyapa who had two wives Vinata and Kadru. In Etruscan mythology Charu or Karun was the guide of the souls of underworld often portrayed along with the winged goddess Vanth. In the Hindu tradition Garuda had the powers to remove all evils from the body. This sketch seems to portray the creamation
ceremony. Notice the priest at the funeral pyre. 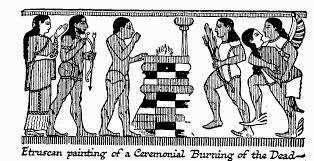 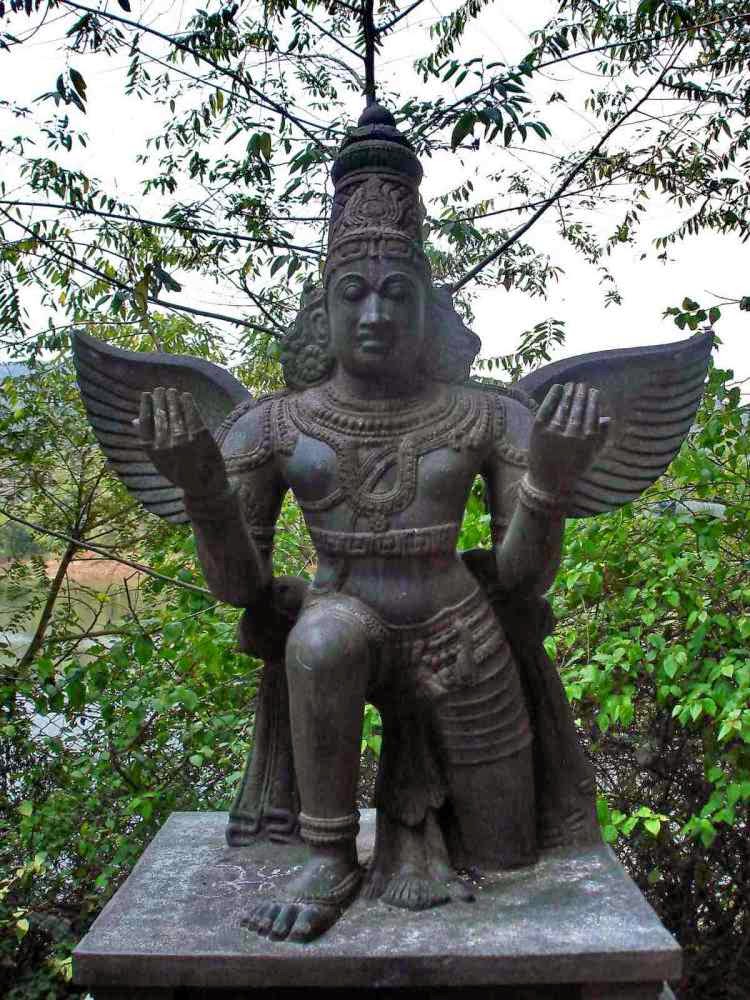 You must log in or register to reply here.
Similar threads
Science is not western in Origin
DFI Member research into the Origins of Indian ancient history
Hindu DHARMIC Origins of Yezid.
Hindu Origins of zoroastrian
Share:
Facebook Twitter Reddit WhatsApp Link