Shipbuilders at Northrop Grumman Corporation's (NYSE:NOC) Shipbuilding sector in Newport News, Va., signed a 15-ft banner in preparation for the upcoming keel laying ceremony for the nuclear-powered aircraft carrier Gerald R. Ford (CVN 78). The banner will be on display at the ceremony on Nov. 14.

Susan Ford Bales, the daughter of the late President Gerald R. Ford, will serve as ship's sponsor and keel authenticator for the ceremony. Bales will authenticate the keel by chalking her initials onto a metal plate. Her initials will then be welded onto the plate.

Named after the 38th president of the United States, Gerald R. Ford (CVN 78) is the first ship of the new Gerald R. Ford class. The Ford class will continue the legacy of highly capable U.S. Navy nuclear-powered aircraft carrier ship platforms. Enhancements incorporated into the design include flight deck changes, improved weapons handling systems, and a redesigned island, all resulting in increased aircraft sortie rates. It will also include new nuclear power plants; increased electrical power generation capacity; allowance for future technologies; and reduced workload for the sailors, translating to a smaller crew size and reduced operating costs for the Navy.


Northrop Grumman Shipbuilding and the U.S. Navy marked the keel-laying of the newest aircraft carrier Nov. 14 in ceremonies at Newport News, Va.

The ship is named after Gerald R. Ford, the 38th U.S. president. Ford's daughter, Susan Ford Bales, is the ship's sponsor and authenticated the keel when her initials were welded onto a metal plate.

The carrier, numbered CVN 78, represents the first new U.S. carrier design since the 1960s. The ship will have a smaller crew than previous flattops and incorporate new technologies, including an Electro-Magnetic Aircraft Launching System, advanced arresting gear and dual-band radar.
The new ship should join the fleet in 2015 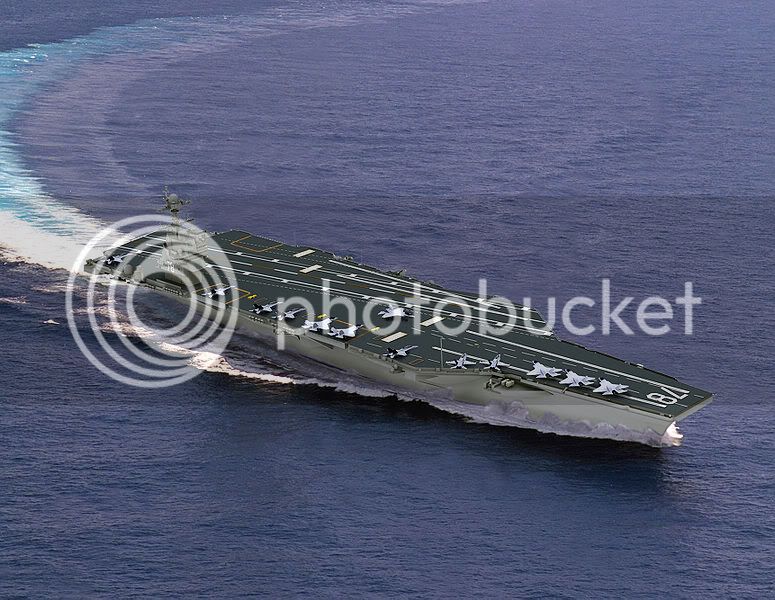 The steel plate cut will be used in the construction of the carrier, which has yet to be named, but will be designated CVN 79.

"Today we mark the beginning of the advance construction of CVN 79, second of the Gerald R. Ford-class of aircraft carriers," said Rear Adm. Michael McMahon, Program Executive Officer (PEO) for Aircraft Carriers. "It's an important step in continuing carrier construction using advanced technologies and efficiencies to reduce both ownership and procurement cost in this new class of carriers."

Ford-class aircraft carriers, while retaining the same hull form as the Nimitz class, contain several advanced technology systems including Electromagnetic Aircraft Launching Systems, advanced arresting gear, dual band radar, a redesigned smaller island and a new propulsion plant. The first ship in the class, Gerald R. Ford (CVN 78), is also under construction at Northrop Grumman Shipbuilding-Newport News and is scheduled to be delivered to the fleet in September 2015.

The PEO for Aircraft Carriers, an affiliated PEO of Naval Sea Systems Command, focuses on the design, construction, system integration, delivery and life-cycle support of all aircraft carriers.