The embarrassment of being 'from Pakistan' 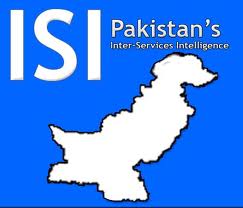 Oh Pakistan, land of my birth, what an embarrassment you are! How I wish I could undo that part of my existence, ‘born in Pakistan’ and erase any connection with your obscene, self-destructive, arrogant stupidity.

Pakistan – not a coherent country. Everyone hates each other, based on religious sect, region of origin, language, class or gender. Being all ‘Muslim’ was not enough to bind them (must I say ‘us’?) all together in brotherly patriotism. The great British masterplan has failed (or has it?) – our Islam was not strong enough to make us One, to share any rational self-interest that could take us forward for the common good, like any other country. (Dammit – why am I saying ‘us’; I mean ‘them’.)

Pakistan – a land completely without Love. Not just the forbidden and immoral ‘romantic love’ which spellbinds all in the Indian movies, but any other kind of Love – ‘Love they neighbour’; ‘Love the socially inferior’; ‘Love thy enemy’ (LOL! Not a chance!). There’s only family love – but it’s not unconditional; there are heavy strings attached. Only if you surrender your happiness to self-destructive bloody-minded miserable first-cousin-marrying barbarity. Then they’ll love you. But not her. She must suffer for the audacity of her existence.

Pakistan – where everything’s a lie and everyone in ‘authority’ is a liar. Imagine being trained to lie from birth, so that it becomes normal, natural, your first response. Addicts of lying, even when it doesn’t make sense. Hold back the truth, don’t give too much away, surely there’s some profit to be made in the lie.

Pakistan – land without compassion. Someone dying in the street? Being raped? There’s nothing we can do. Don’t call the authorities – they’ll arrest us, for their trouble. Why else would they come out? Bargain for our release – the rate keeps going up. Justice – what’s that? Must be something to do with white people, not us.

ISI – Inter-services Stupidity Agency – who do you work for? Let me guess. The country? The people? The government? Oh, it’s obvious – yourselves. What do you fear the most? Peace with India! After 60 years, we still haven’t managed that. But why? Oh, I see, if there’s peace with India, there’s no need for an ISI – it’s simple self-preservation. I get it. So you lie, deceive, cheat, kill, embarrass, shame, confuse, twist and lie some more – everything you can to keep India angry, enrage the world, justify the nukes and preserve your miserable existence. India doesn’t want to hate us, you stupid bastards. You make it so. You make it impossible for peace, with your constant harassment, your plotting, your murder. You are genetically defective in-bred savages. You wish you could live in the West, have an apartment of your own and date Jennifer Aniston, but you can’t – so you’re overcome with destructive, bloody-minded jealousy. You think your sunglasses make you look cool, but you’re an evolutionary dead-end.

I have had some rambling but deep reflection, and I have come to the following conclusion.

The people of Pakistan, for the most part, are not your enemy.

The ISI – heavily developed, funded (and now deeply entrenched) as a result of the critical need to drive the Soviets out of Afghanistan – is the problem.

The ISI is actually an enemy of the country, the people and even the Government (such as it is). The ISI’s prime objective is to preserve its own existence, by blocking peace with India and maintaining a state of maximum tension with all parties. It achieves this through terrorism, murder, lies, deceit and betrayal. The ISI is the single most destructive element in Pakistan today, causing incalculable misery to the country, its people and, indeed, to its neighbours and even Western countries. The ISI is a cancer which has grown and embedded itself – unchallenged.

I deeply believe in extending peace and love from my heart to all fellow human beings -- but in this case, we must be more pragmatic, for the greatest good.

There’s no need to contemplate a full-scale invasion of Pakistan—that would just be catastrophic. A never-ending spiral of global misery would result.

But, like a cancer surgeon, you must take decisive and courageous action.

Since Pakistan has no functioning Government and no effective democracy, I take it upon myself to authorise you to completely and utterly destroy the ISI, its infrastructure and its operatives.

Order the immediate destruction of all known ISI headquarters and facilities, and the elimination of every known ISI agent, worldwide. At the same time, neutralise all Pakistani nuclear weapons. Act swiftly and decisively, and the entire operation can be over in a matter of hours.

This will be of enormous benefit to the people of Pakistan, the region and the world. Peace with India can become a real possibility – it’s a natural equilibrium state which the ISI has worked ferociously and tirelessly and savagely to prevent.

The alternative is more of the same misery and ineffectiveness, forever.

I realise that this probably rules out my taking a vacation in Pakistan for a very long time.

But one day I look forward to being able to travel freely between Pakistan and India, visiting my brothers and sisters on each side, as if there was no border.

Kshatriya87 said:
I deeply believe in extending peace and love from my heart to all fellow human beings --
Click to expand...

Kshatriya87 said:
but in this case, we must be more pragmatic, for the greatest good.
Click to expand...

Be either liberalist or Islamist.

Country ruled on Shariah laws, can't achieve much and leaving the religion, core of identity leaves creation of Pakistan reasonless. India won't have any problem from re annexing it into Mainland and India and Pakistan won't have any argument left that we should leave them as a sovereign nation.
B

Here I am as an Indian is embarrassed that pakistan is on Indian subcontinent.

Can we not re-register them with Arabia or Africa or even Antarctica.:santa:
Not here please

IndianHawk said:
Here I am as an Indian is embarrassed that pakistan is on Indian subcontinent.

Can we not re-register them with Arabia or Africa or even Antarctica.:santa:
Not here please