The Afghan Graveyard and the Forgotten Dogs of War

The Afghan Graveyard and the Forgotten Dogs of War 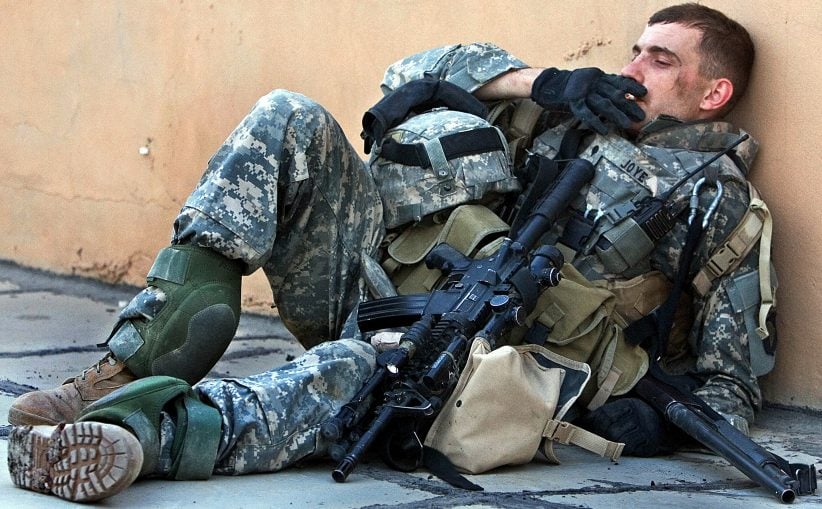 
Going into the 18th year of the war, one can’t help but recall some words of wisdom from 20th century’s most famous braniac “Insanity is doing the same thing, over and over again, but expecting different results”. You don’t have to be Einstein to figure this one out! Sometimes you got to think laterally. Sometimes you got to cut and run. Sometimes you need a completely unwanted hot take! My ‘approach’ will be divided into “The Good, The Bad and The Ugly” in reverse order.

Afghanistan has a reputation for being “The Graveyard of Empires” throughout history putting legions of sneering imperialists in their place. Greeks, Parthians, Maurya, Sassanids, Huns, Arab (Rashidun, Umayyad and Abbasid), Khwarezmshahis and then of course the Mongols, Timurids, Safavids and final of all the Afshar empires all tried their hand at subverting this proud and fiercely independent people. Mountain warfare is no child’s play and the rugged, mountainous areas of central and eastern Afghanistan favour the defenders. The Pashtun, who form roughly half of Afghanistan’s population, are culturally tight knit and opposed to foreign influence. Add in the zeal of an Abrahamic religion and you have the perfect storm.


In 2001, the CIA and SOCOM went to war in Afghanistan to avenge the 9/11 attacks while engaging in what would eventually become a 10 year manhunt for O.B.L and his accomplices. The fall of the Afghan Taliban warlords led to a contentious vacuum in the region which combined with tribalism, western policy short-sightedness, acute socio-economic problems, rampant government corruption and Wahhabi ideology leftover from the anti-Soviet jihad led to the raging insurgency by 2006. Pakistan provided a safe haven for the emerging alliance between the Taliban, Gulbuddin Hekmatyar's Hezb-i-Islami, the Haqqani network, foreign fighters, criminal groups, and a host of Afghan and Pakistan tribal militias.


The increase in insurgent activity was proportional to a troop surge as time went by summarized by this graph from 2016. 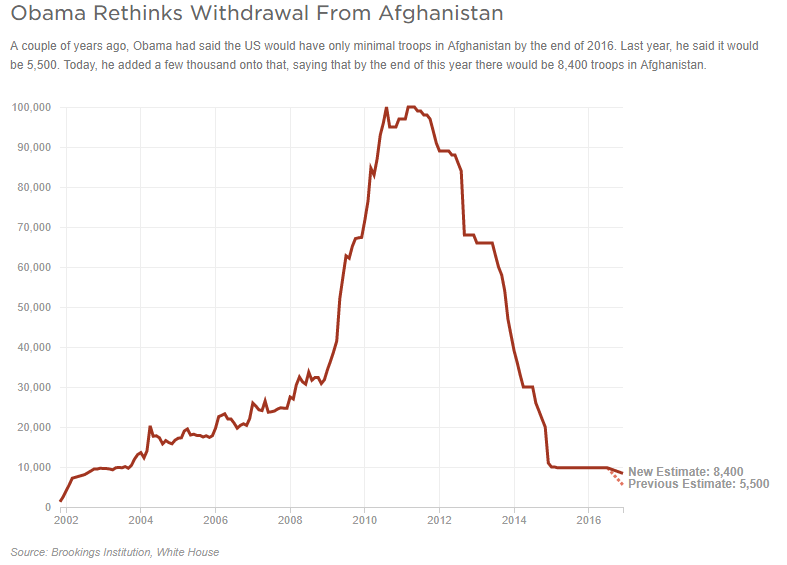 As of 13th July, 2019, the death toll for the US forces is 2,430 with around 14,000 troops stationed to provide training and tactical support to an Afghan National Army still coming to grips with a post tribal nation state. The increase in troop numbers can be attributed to a 2017 surge under then Sec. Def. Gen. Jim Mattis (retd.) as a containment strategy while fire fighting ISIS in Syria.


Pakistan meanwhile has amassed security aid worth $22,000,000,000 and economic aid to the tune of $10,000,000,000 since “The War on Terror” with around $2,374,000,000 between 2002 and 2008 alone via cash transfers that became Pakistani sovereign funds. Military equipment purchased with aid money such as 86 F-16 fighter aircraft from Lockheed Martin worth $2.6 billion, 45 of which received mid-life upgrades in 2012. The Army bought the AH-1 Cobra attack helicopters from Textron’s Bell Helicopters. Likewise, Pakistan’s Navy flies seven Lockheed Martin P-3 Orion patrol aircraft purchased in 2005 for an estimated $970 million. American assistance accounted for 20 percent of Pakistani defence spending since 2011, an annual average of $1.2 billion. 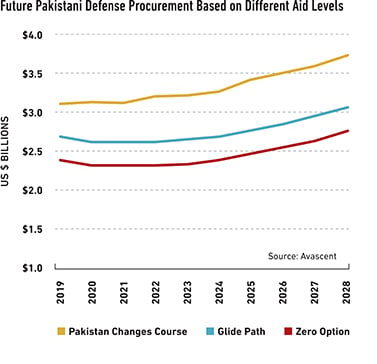 The US freeze on aid money worth over $200,000,000 has impacted but not stopped this military procurement by Pakistan. Imran Khan and Gen. Bajwa’s outreach to Trump for a “ceasefire for aid” deal is an attempt to clear bottlenecks and facilitate this lucrative cash cow once again. With Trump intending to pull out troops in a bid to reinforce his 2020 re-election bid, the 1990s could make a comeback with a Sino–Russian caucus breathing down on Kabul’s neck. 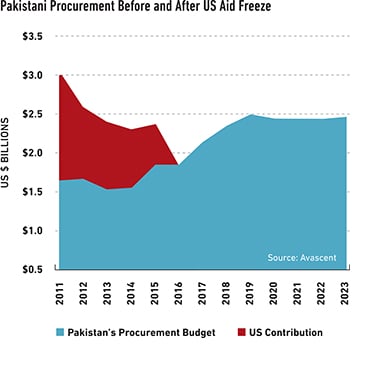 It is therefore of note that while Trump talks of a unilateral withdrawal of troops from Afghanistan to further his isolationist stance, China seeks to increase its engagement in the country with its deep pockets and dubious human rights record. In 2014, Chinese exports to Afghanistan were around $400mn, a paltry figure amounting to 5% of Sino – Pakistani trade ties. Bilateral trade volumes between the two countries reached $544 million in 2017, according to the Chinese ministry of foreign affairs.

Using its Border Road Initiative (BRI) and One Belt One Road (OBOR) stratagem, China seeks to upend the Western domination of Afghan politics by investing heavily in infrastructure and trade, a plan first unveiled by President Xi in 2013. Russians too have shown a renewed interest in the region, re-establishing ties with Afghanistan in 2017. The primary motivation here seems to belie insecurity with the fallout of a hurried US pull-out (and build-up), necessitating another containment strategy in Central Asia.