Ten Lancasters being built in China for the Dambusters

Incredibly it has been announced that China is building ten Lancaster mock ups for the production of the new Dambusters movie
Director Peter Jackson has now unveiled the first glimpses of his movie.

Jackson, the King Kong of New Zealand's film industry, visited Hood Aerodrome in Masterton yesterday to oversee a mockup of a World War II airfield, complete with a full-scale replica of a Lancaster bomber.

It took a large crew a week to put together the replica, which is one of 10 designed by Weta Workshop and built in China out of fibreglass and steel.

Sandbags, guns, tanks and hired extras in war uniform all helped to set the scene.

Although the Jackson-produced NZ$52-million movie about 617 Squadron's famous dam assault was announced to the world in 2006, little has been said until now about its progress other than confirmation that British writer and comedian Stephen Fry would write the script.

The film is being directed by Kiwi first-time director Christian Rivers.

Political correctness alive and well in New Zealand
It has also emerged that Fry was asked to come up with alternative names for squadron leader Guy Gibson's dog, ******, but that executive producer Sir David Frost rejected them all.

"Guy sometimes used to call his dog 'Nigsy', so I think that's what we will call it," Sir David told the Daily Mail newspaper. "Stephen has been coming up with other names, but this is the one I want."
What absolute junk. Wonder what guy Gibson would have thought.

Matthew Dravitzki, a spokesman for Jackson, confirmed the movie was still in development stages, with work focusing on building the Lancasters and writing scripts.

Just when shooting will start is still under wraps and the movie is yet to be cast.

"Right now we are having fun working on a number of different projects and have the luxury to make things at our own speed. We are yet to choose the location for the film's shooting, and that is going to come down to wherever is most suitable for our needs."

Yesterday's mockup was also a chance to test new camera technology. "We are not shooting any scenes that are project-specific; this is about just keeping up with technology and trying new things."

Personally I loved the original movie made in the fifties. It was very well done for the times with great flying sequences. I own a copy of this movie on DVD and have looked at it many times.
But imagine a modern movie in colour with the enhancement of modern computer graphics. Awesome.
I for one will count the days until the movie is released and look forward to owning a copy on DVD in the future.

The photo below is the first delivery from China. It is hard to believe it is a mock up. 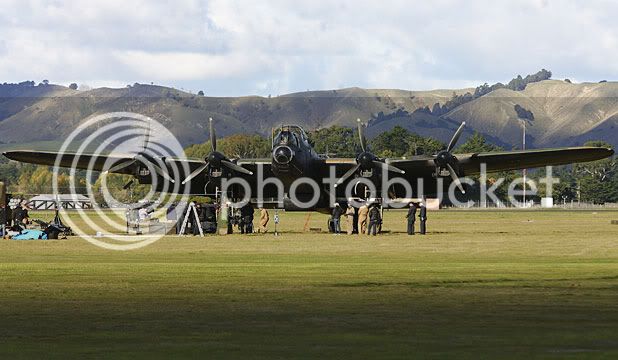 It is one of the most stirring images of the Second World War - a Lancaster bomber coming in terrifyingly low over a huge dam. 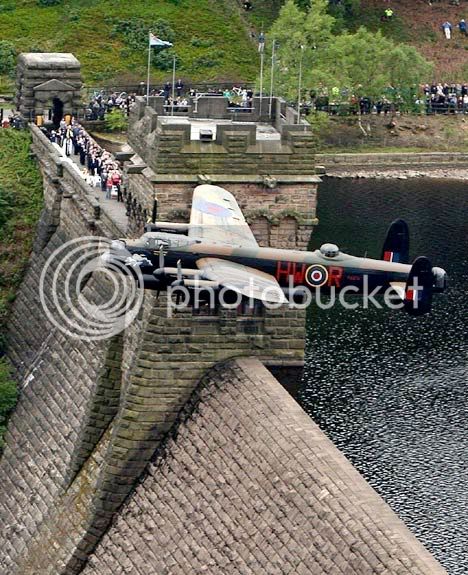 Fantastic. Wish I had been there to see that.

The last surviving pilot of the epic Dambusters operation was present to witness a spectacular re-enactment as one of the bombers flew again above the Derwent Valley dam in Derbyshire to mark the 65th anniversary of the raid.

The Lancaster sure was one the successful bombers of the world war.
S