At IDEAS 2016, the Colonel Rizwan Rasul from Heavy Industries Taxila has announced the development of a new version of the Pakistani-made main battle tank (MBT) Al-Khalid. Currently the Al-Khalid 1, the second generation of this tank is the backbone of the Pakistani Armed Forces.
According our exclusive video interview with the Colonel Rizwan Rasul, Director Budget, Marketing & Procurement for Heavy Industries Taxila, the upgraded main battle tank Al Khalid 2 will become one of the most modern main battle tank available in the military market offering high mobility, more firepower and protection compared to the current version of the Al Khalid.

The Al-Kalid 2 armour package could include an improved armour protection over the frontal arc, sides and turret. Slat armour could be used to complete the new armour package, which is now implemented to many new combat vehicles designed to protect against anti-tank rocket-propelled grenade (RPG) attacks especially during combat in urban zones.

The Turkish Company Aselsan also offers its experience in the upgrade of main battle tank to fitted the Al-Khalid 2 MBT with latest generation of electronic systems, fire control, electro-optic systems and communication.

According, the Colonel Rizwan Rasul the Al Khalid 2 will keep the same armament which includes a 125 mm smoothbore, auto-frettaged and chrome-plated gun barrel which can fire APFSDS, HEAT-FS and HE-FS conventional ammunition and the Russian-designed 9M119 Refleks ATGM (AT-11 Sniper, produced in China under license). The standard 12.7mm machine gun mounted on the turret could be replaced by a remotely operated weapon station. 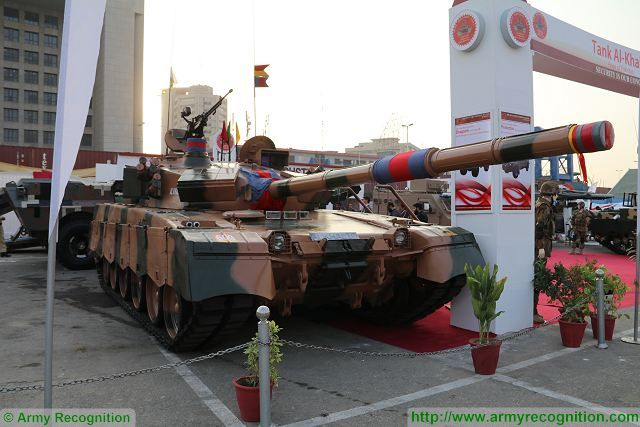 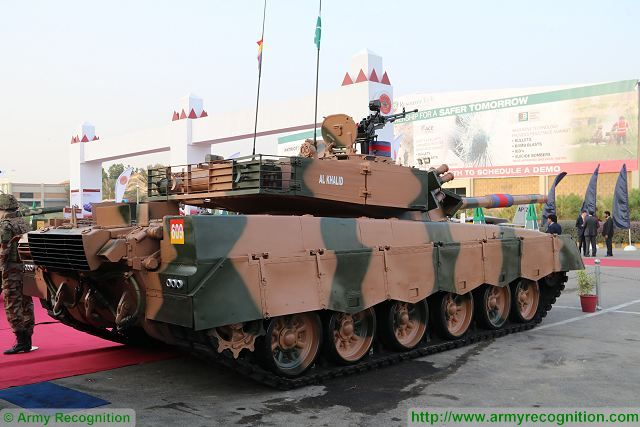