Tata Boeing Aerospace facility to produce fuselages for Apache aircraft opened in Hyderabad
The 14,000 square meter facility in the Adibatla aerospace SEZ will employ 350 skilled workers. It will be the sole global producer of fuselages for AH-64 Apache helicopter delivered by Boeing to its global customers including the US Army. 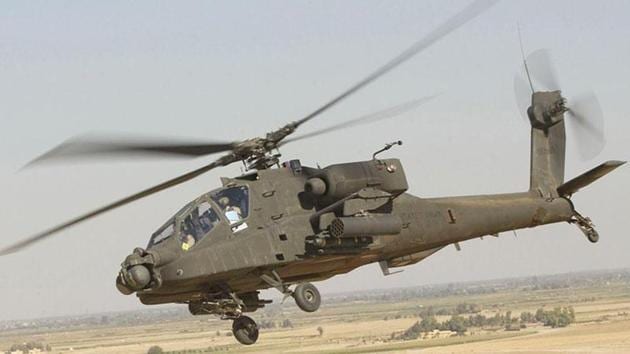 The facility will be the sole global producer of fuselages for AH-64 Apache helicopter delivered by Boeing to its global customers including the US Army. (Photo: US Army)

Around 39 more Apaches will be ordered eventually, this number can easily expand

These things look real good and good for india and usa relationship going ahead. would like to see things develop more and with more positive takeaways - a point to note is that win-win relations now if it can be done in a more broader and dynamic way - india also needs to make investments for indigenous hardware and software with scope of such being sold to usa in long term. we once sold our nuclear heavy water to usa - tomorrow it can be much more and much more complex and special.

Tata Boeing Aerospace (TBAL) is expected to begin commercial supply of the fuselage for the AH-64 Apache combat helicopters from its newly- opened facility in Hyderabad by June.

“The joint venture is up and functional. We are going through our first fuselage production right now. It is going through testing as we speak. We are on schedule to deliver the first fuselage by June this year,” Boeing India President, Pratyush Kumar told BusinessLine.

Based in Hyderabad, TBAL is a joint venture between the US aerospace giant Boeing Corporation and Tata Advanced Systems Limited (TASL) of the Tata Group.

Kumar said eventually the plant, inaugurated last month, will become Boeing’s standalone fuselage manufacturing unit for all AH-64 Apache military choppers that are in service around the world.

TBAL, Boeing’s first equity joint venture in India, is the result of a 2015 partnership agreement with TASL.

Over 2,300 Apache helicopters have been operated by customers around the world since the aircraft entered production. The US Army Apache fleet alone has accumulated more than 4.3 million flight hours, including more than 1.2 million in combat, as of January 2018. The helicopter has been fielded or selected for acquisition by the armed forces of 16 countries, including India.

India finalised an order with Boeing for 22 AH-64E Apache helicopters in September 2015, deliveries for which are scheduled to begin in 2019. “Tata is a significant player in the global aerospace market focussed on leveraging opportunities in global markets and reducing India’s reliance on imports in Defence-related requirements, 60 per cent of which, is met through imports,” Banmali Agrawala, President, Infrastructure, Defence and Aerospace, Tata Sons, said during the inauguration of the plant.

“With the streamlining of the export regulation process under the Strategy for Defence Exports (SDE) and with established capabilities and demonstrated deliveries, we are poised to emerge as a supplier of choice for global OEMs,” he added.

Spread over 14,000-square metres and employing 350 highly skilled workers, the facility will be the sole global producer of fuselages for AH-64 Apache helicopter delivered by Boeing to its global customers, including the US Army. The facility will also produce secondary structures and vertical spar boxes of this multi-role combat helicopter.