Talks but no Nuke deal next week : Obama - Nawaz talks 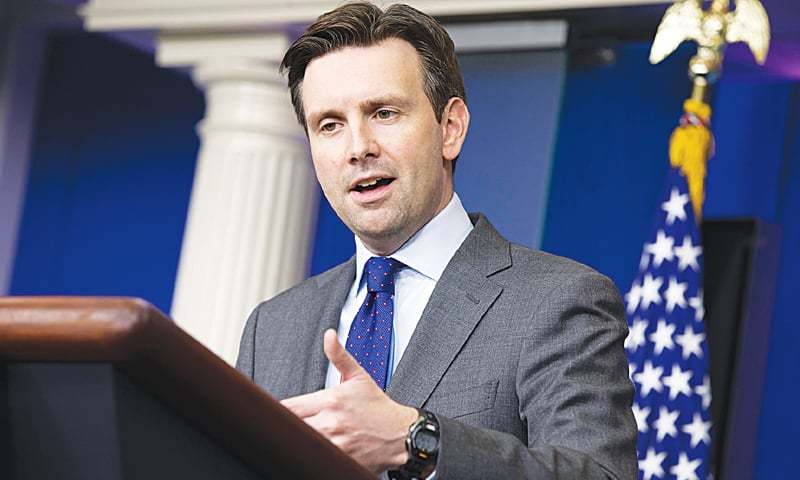 WASHINGTON: The White House has said that Prime Minister Nawaz Sharif and US President Barack Obama are not going to sign a nuclear deal next week but they will discuss the nuclear issue in their meeting.

The prime minister arrives in the US capital on Oct 20 for a White House meeting with President Obama on Oct 22.

Reports in the US media have claimed that during the visit the United States may offer a deal to Sharif that may pave the way for Pakistan’s acceptance in the Nuclear Suppliers Group (NSG), as a similar deal did for India.

“A deal like the one that's been discussed publicly is not something that's likely to come to fruition next week,” said White House Press Secretary Josh Earnest when asked to comment on these speculations.

“But the United States and Pakistan are regularly engaged in a dialogue about the importance of nuclear security. And I would anticipate that dialogue would include conversations between the leaders of our two countries,” he added.

At a White House news briefing, Earnest also said that he was not aware of any US official report indicating the presence of Pakistani spies in a hospital in Kunduz. Last month, US warplanes bombed the hospital, killing several members of the staff and a number of patients. The bombing also forced MSF, a French charity, to close down the hospital.

A US media report claimed on Thursday that American analysts believed a ‘Pakistani operative’ was using the hospital for Taliban activity.

Earnest said the US Department of Defence had not yet submitted a report on the incident as it was still investigating the matter.

Responding to another question that Pakistani operatives were involved in last month’s Taliban assault on Kunduz, the White House official said: “I haven’t seen any reports to that effect, so I can’t confirm that from here.”
You must log in or register to reply here.
Similar threads
Secret US-Iran talks set stage for nuke deal.Oman brokered the talks
Trump Uses the K-word, Includes Bajwa in Talks with Imran
About Which Mother of all Nuclear bomb Modi is talking about? Has India got MT capability now ?
Trump not first arrogant US President. Richard Nixon talked nuclear strike on India in ’71
Share:
Facebook Twitter Reddit WhatsApp Link