The nations like to say they bring a principled alternative opinion to the table. In fact, look at what they do and you'll see that actually they're totally self-interested. They don't seem to care about the rest of the world's concerns.

Who cares if Syrian President Bashar Assad continues slaughtering his own people? It's not our problem if Iran builds a bomb.

They look out only for themselves. But even at that, they're doing an extremely poor job. India, Russia and China have mammoth domestic problems that they don't like to talk about.

A few weeks ago, for example, Jairam Ramesh, India's minister for sanitation, acknowledged that his country is the world's largest open-air toilet. UNICEF's most recent figures, from 2008, show that about one-third of India's 1.2 billion people have access to a toilet, leaving 800 million people with no choice but to defecate outside. The World Health Organization calls that "the riskiest sanitation practice of all."

At the same time, India's economy makes America's look healthy and robust. Standard and Poor's sovereign rating for India is BBB-minus, just above a junk rating. And in recent weeks, ratings agencies have been threatening to lower it even more.

Right now, one-third of the population lives on less than $1.25 a day. Nearly half the nation's children suffer from stunting, meaning they don't grow properly physically or mentally because of malnutrition during infancy. That's one of the world's highest rates. So is the "wasting" rate: children who are essentially starving to death. That's 20 percent.

Shouldn't India be attending to all of that rather than expending energy on being a balky, brutish BRIC?
Click to expand...

The author of this piece of yellow journalism is Joel Brinkley, he thinks since other nations have problems at home they should allow the invasion of syria by al-qaeda led 'rebel' Free Syrian Army to continue apace. Another bloody presstitute who craves for human blood for satisy his bloodlust. I hope he gets liberated the same way he is advocating killing others.

What crap article is this. All states of world are selfish, and looks only for their interests, not just Russia, India, China.

By chance, does the author thinks anyone are dumb enough to believe USA or UE are altruistic states that makes wars for humanity's good?

I lost 1 minute of my life reading this shit!

A rather desperate and breathless whine for not being a stooge of the West!

He is Atlas holding the world on his shoulder! 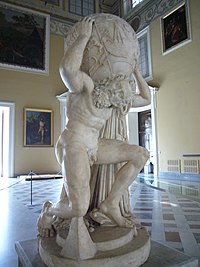 Joel Brinkley won the Pulitzer Prize for International Reporting in 1980.

Pultizer Prize is given for such crappy journalism as this?

Wtf did I just read?

And this guy won a Pulitzer.
A

At least these hater now recognize the fact that India's views and actions matter.

i guess his master's are gettin desperate for a UN resolution on syria to be passed, FSA is suffering setbacks in Aleppo

a professor of journalism at Stanford University, is a Pulitzer Prize-winning former foreign correspondent for the New York Times
Click to expand...

That gave his identity away. I really do not need to say anymore than the highlighted portion!
You must log in or register to reply here.
Similar threads
Iraq to up searches of Iran overflights to Syria
Syria Iran Hezbullah Joing Hands IDF Intel Cheif
India attends Iran meet on Syria war
Are Syria and Iran joining forces?
Share:
Facebook Twitter Reddit WhatsApp Link