This year is obviously not the most successful one for aircraft manufacturers as air shows take place during the economic crisis. Despite this fact the 48th International Paris Air Show at Le Bourget attracted more than 140,000 businessmen. According to Mikhaill Pogosyan, the general director of Russia's renowned Sukhoi Design Bureau, the crisis has led to the increase in demand on civil aviation instead of military.

The Superjet 100's made its debut flight as its manufacturer, Sukhoi, was busy signing up customers. The entrerprise eventually hopes to build 70 planes a year.The Sukhoi-made aircraft took a big step forward in Paris with a smooth, flawless performance. International airlines now want to see the details.

The next step will be the Moscow Air Show in August. The head of Superjet producer, Sukhoi, says the inside of the plane will be ready by then, RT.tv reports.

The Superjet 100 appeared to be the only new model at Le Bourget. It was flying above the airport attracting the attention of spectators, journalists and professionals. At the end of the air show more than 120 Superjet 100 contracts were signed.

Sukhoi expects to sell 800 aircraft until the year 2024, while the global demand for the aircraft of this class totals 5,400. So far the company had secured 73 solid orders for the aircraft.

Armenian Armavia will receive the first two planes, followed by Aeroflot, which ordered a total of 30 planes with an option for 15 more.

As of June 2009, Thirteen planes are currently under construction, and the first four will be handed over to clients by the end of the year. After 2012, the company will build 70 Superjets per year. 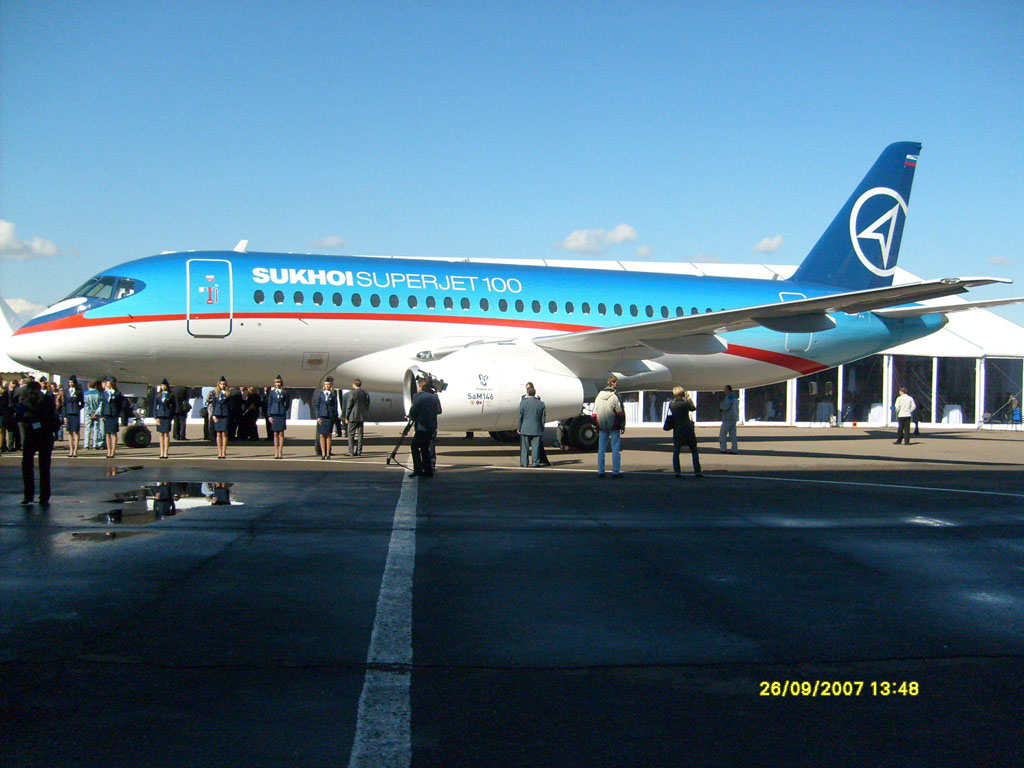 Another Image of Superjet 100 (Image : Wikipedia) 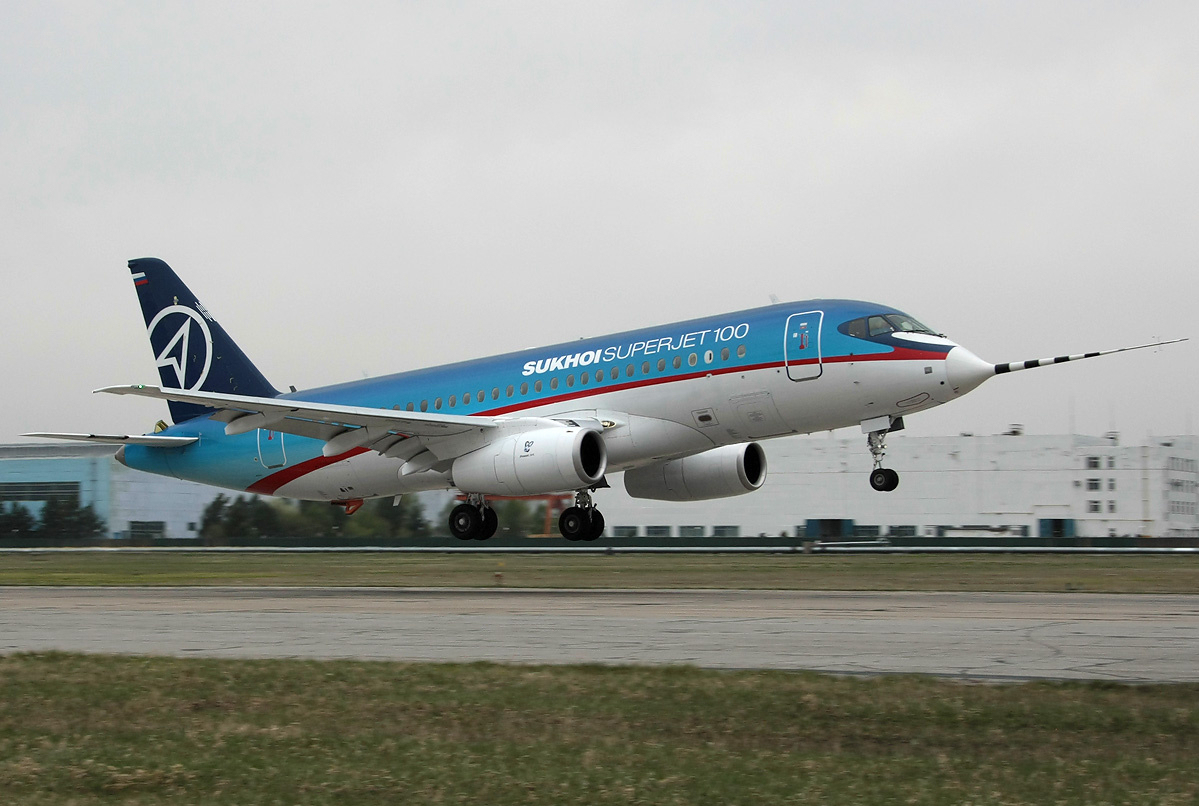