Locked in a conversation like two young lovers, the men—one marked out by his flaming-red beard, the other unremarkable amid the crowd of business travellers—seemed insensible to the chaos in Kathmandu airport’s departure lounge. The two parted, the selfie they took records, smiling. The older man was Abdul Karim ‘Tunda’, the Lahore-based patriarch of the Lashkar-e-Taiba’s Indian operations, and among the country’s most wanted fugitives. His new best friend was an Indian spy. 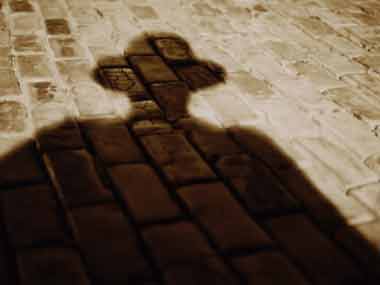 For his central role the 2013 covert operation which led to Abdul Karim’s eventual arrest on the Indian-Nepal border, Ashwini Saxena won the President’s medal, the highest award a Research and Analysis Wing officer can win.

Then, early this year, he was removed from his job, after RAW invoked Article 311 of India’s Constitution, which allows for officials to be dismissed without trial if “in the interest of the security of the State”.

Ever since 2014, at least 13 senior officials who held operational posts have been removed from RAW, after they were passed over for promotion. In many of those cases, the evidence is murky, but they all have one common feature: those sacked belonged to RAW’s organic cadre, the Research and Analysis Service—not its competitor for institutional control, the Indian Police Service (IPS).

And, with few exceptions, the cases had something to do with Samant Goel, an IPS officer from Punjab. The Union government’s decision, last week, to give existing spy chief Anil Dhasmana a six-month extension of service means Goel’s claims will now be pitted against those of his RAS competitor, covert operations specialist R Kumar. The succession battle is set to open up raw wounds that could split India’s intelligence service down the middle.

The growing pile of cases brought to the Central Administrative Tribunal by RAS officers include one involving Jitendra Ojha—the man who from 2013-15 was in charge of training spies at RAW’s academy in New Delhi. Like Saxena, Ojha had an apparently excellent service record. In 2010, he won the Uttam Seva Praman Patra—an award which is only given to officers with at least six outstanding appraisals over a decade. He was nominated for a course at the National Defence College, meant for key officers.

Files obtained by Firstpost show that the story dates back to 2009, while Ojha was posted under diplomatic cover in London. He played a role in several important national security cases, including that of Surat-bombing accused Hanif ‘Tiger’ Patel—the only success of its kind, so far, in India’s decades-long campaign to extradite fugitives from the United Kingdom.

In 2012, Goel, as RAW’s new station chief in London, ordered Ojha relieved of his operations-related duties. RAW officers declined to go on record for this article, but two said the action became necessary because of an inappropriate relationship between Ojha and the wife of a London-based banker.

The story, as told by Ojha in his CAT case, runs very differently. In his pleading to the CAT, Ojha has offered to provide evidence that his problems with Goel began after “he raised the issue of serious breach of professional propriety”.

Precisely what that was, Ojha’s case does not state—but in hearings at the Tribunal on 10 December, he accused RAW of criminal practices, including forging documents. In a 2014 letter to then-RAW chief Alok Joshi, Ojha also complained of a series of threats he attributed to Dawood Ibrahim’s network—imputing, though without evidence, that elements in RAW were linked to the crime cartel.

There is no evidence RAW ever investigated these allegations, serious though they were. There is no explanation, either, of why RAW posted him to a key training role if his allegations were unbalanced.

RAW’s reply to the Tribunal states that its decision to terminate Ojha was based only on assessments of his professional competence, adding that “no details about [the] nature of work performed by the petitioner during his service can be spelt out for reasons of security and secrecy”.

In Saxena’s case, the story is just as opaque. RAW sources say that he was accused, during his Kathmandu posting, of failing to pass on $25,000 payoff sent by headquarters for payment to a source. The officer flatly denied the allegation. Investigators, faced with contradictory testimonies, were unable to make a clear determination.

Then-RAW chief, and now-Deputy National Security Advisor Rajinder Khanna, chose to let the matter rest, sources familiar with the case said, pointing both to lack of evidence and Saxena’s stellar record of counter-terrorist operations targeting Pakistan. Then a deputy secretary, Saxena was promoted.

Later, though, the case was revived by Goel, on Dhasmana’s watch. The one-time hero was passed over promotion to the rank of Joint Secretary, even though his case was cleared by two separate committees.

In the cases of Sujit Chatterjee, Tarunvir Chaudhary and R Sreenivasan, the officers were removed from service for poor performance, even though each had just one or two appraisals that fell short of outstanding in their entire careers. Rajiv Saxena was sacked under Article 311.

Each of the sacked officers have claimed they were victimised by Samant Goel—a former IPS officer from the Punjab cadre, who is seen as current chief Anil Dhasmana’s choice as his successor. Following the appointment of BK Chaturvedi as RAW chief in 2007, Goel acquired a key role in counter-intelligence—the agency’s operations to monitor its own officials. He continued to play a key role in counter-intelligence under KC Verma, RAW’s chief from 2009-2013.

Goel himself was named, last month, in litigation filed by Central Bureau of Investigations Deputy Superintendent of Police Ajay Kumar Bassi, who told the Supreme Court his ageny had intercepted a conversation between RAW’s Goel and banker Somesh Prasad, warning the Dubai-based fugitive not to return to India ‘at any cost’.


RAW sources have told Firspost Somesh Prasad and his brother and business partner, Manoj Prasad, handled overseas bank accounts the organisation used to funnel funds for covert operations.The men, the sources said, were picked because of their banking expertise, but also because their father, Dineshwar Prasad, was a RAW officer.

“Goel needed to step in to help these guys because the organisation’s interests were involved,” one senior officer said. “There was a lot at stake in protecting them.”

In some cases, though, the calls suggest the interests trasncended the professional. In one intercepted phone phone call, Bassi’s plea states, Somesh Prasad told his father-in-law, Sunil Mittal, that Goel had met suspended CBI second-in-command Rakesh Asthana to plead their case, after criminal proceedings were filed against them early in October.

The conversation, Bassi claims, has Somesh Prasad describing Asthana as apna aadmi, or “our man”. Following Manoj Prasad’s arrest, Goel made multiple phone calls to both Asthana and Somesh Prasad.

In addition, Bassi’s pleadings say that the arrest of Prasad’s brother, Manoj Prasad, on 18 October, sparked off a series of phone conversations between him, Goel, and Rakesh Asthana.

Earlier based in Dubai, Goel knew both men well—but had no obvious professional interest in sustaining the relationship after his return to New Delhi.

The CBI named Goel in a First Information Report filed against Asthana earlier this month, but did not accuse him of committing a crime.

“The fact also is,” a former RAW officer said, “that Goel had no business speaking to a fugitive from justice, let alone offering him advice. To the extent that the CBI investigation affected RAW, Dhasmana could have spoken to his counterpart there, or to the prime minister. To try and influence the investigation, if that was what was done, was unacceptable.”

Goel’s career hasn’t been short of controversy, either. In the United Kingdom, he ran foul of the country’s MI5 and MI6, who lobbied their Government to have Goel expelled from the country that violated his cover as a diplomat. The tensions erupted after Goel allegedly sought to recruit Khalistan-linked figures working for the United Kingdom’s intelligence services—poaching that did not go undetected.

For his supporters, he’s now paying the price for trying to clean up the organisation. To his detractors, he’s evidence of all that’s wrong with it.

The cases against Goel and the officers he pushed out of RAW point, perhaps ironically, to exactly the same problem. It’s hard to understand why there hasn’t been a full internal investigation of Goel’s conduct in the wake of the CBI scandal. It’s just as hard to comprehend why a corruption allegation found wanting by one RAW chief found merit with another, why charges of relationship with organised crime figures were given the go-by, or why an officer given critical responsibilities was found professionally wanting soon after.

These kinds of problems aren’t new. In 2012, officer Amreet Ahluwalia was sacked after threatening to blow the whistle on charges—true or otherwise—that RAW was illegally distributing funds to some politicians within the country. The charges were never investigated.

Prabha Rao, highly regarded as an expert on cyberespionage and potentially a candidate to become India’s first woman spy chief, was denied promotion to Special Secretary, and sent off to to a New Delhi think-tank. Even Jayadeva Ranade, among the country’s best-known China experts, retired early, in the wake of what insiders say was a protracted feud with Goel.

Lacking an objective system to appraise professional merit, and a sound mechanism for redressing grievances, crisis in RAW have periodically spilled out in public—undermining the agency’s moral and image.

In spite of the regular eruption of similar crisis at RAW, successive governments have failed to give the organisation what it so desperately needs: a legal framework that will ensure both standards and accountability. Long-delayed institutional reforms like the induction of regional and technical expertise as well as efforts to address chronic human resource shortages have stalled in the face of skirmishing between the organisation’s own cadre and IPS officers seen as having a choke-hold on top jobs irrespective of professional merit.

For the past four years, Prime Minister Narendra Modi’s government has pushed RAW to acquire a growing frontline role, ever-more-aggressively pursuing India’s interests overseas. As he decides who ought lead RAW after Dhasmana retires this month, the prime minister will know his ends can’t be met by a wounded organisation that is dangerously close to splitting down its middle.