State of the Union: It’s time to treat India as a N-weapons state

State of the Union: It’s time to treat India as a N-weapons state 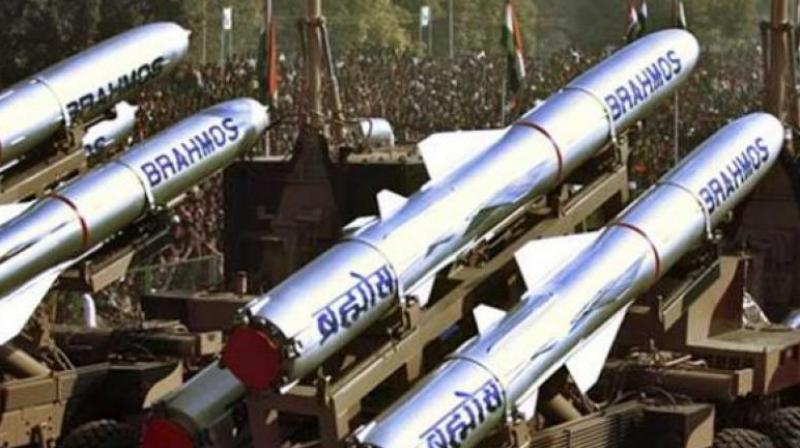 Representational image
To deliberate upon various aspects of nuclear strategy and security in the “second nuclear age”, practitioners and scholars from across the world met at a conference in Washington D.C. recently. The “first nuclear age” dawned during the closing days of World War II when the then US President Harry S. Truman authorised the use of the atomic bomb on Japan. On August 6, 1945, Hiroshima was devastated and three days later, on August 9, Nagasaki was decimated. With this, the world woke up to the devastating potential of atomic power. As the Iron Curtain descended across Europe, dividing the continent into two parts, a terrible arms race began. The erstwhile Soviet Union acquired atomic weapons in 1949 followed by Britain in 1952, France in 1960 and China in 1964. Thus, the “Permanent Five” of the UN Security Council acquired a nuclear veto within two decades of the end of World War II. The “first nuclear age” unleashed the movement against weapons of mass destruction and it did achieve some success. US President Dwig-ht D. Eisenhower’s “Atoms for Peace” initiative is an example. Another early success was the negotiation of the Partial Test Ban Treaty (PTBT). The roots of this treaty can be traced back to India’s novel initiative in 1954 calling for a “standstill agreement” on nuclear tests. That was the time the US and the Soviet Union were detonating powerful nuclear weapons with increasing frequency. India worked towards building an international momentum for the 1963 treaty, banning nuclear weapons tests in the atmosphere, in outer space and underwater. This significantly redu-ced global levels of fallout but, unfortunately, did little to check the nuclear arms race. It led to the Comprehensive Test Ban Treaty (CTBT), though India didn’t become a part of it.

As the peace movement intensified across the world, seeking a halt on further production as also a rollback of the burgeoning arsenals of the P-5 or N-5, the dominant nuclear veto powers midwifed the Nuclear Non-Prolife-ration Treaty (NPT) into existence (in 1968), effectively dividing the world into nuclear weapons states (NWS) and non-nuclear weapons states (NNWS). This was regarded by the ayatollahs of non-proliferation as the gold standard of the global nuclear order. India carried out a peaceful nuclear explosion on May 18, 1974, enigmatically named “Smiling Buddha”, the first known nuclear test outside the N-5. However, it was not until 1998 that the “second nuclear age” began in the right earnest. In May 1998, both India and Pakistan carried out back-to-back nuclear tests. By then there was a buzz around the world that certain other nations were also de facto nuclear weapons states, while some others were just a step away from becoming so. On October 9, 2006, North Korea shattered the East Asian calm with its nuclear test. Though initially estimated as just a “fizzle”, it laid the foundation of a highly-corrosive and unstable nuclear weapon and missile programme that is now the biggest headache for the world. However, one thing that must be acknowledged is that the “second nuclear age” is a reality that leaders of the “first nuclear age” cannot ignore.

One successful template of rolling back the “second nuclear age”, though partially, is the Joint Comprehensive Plan of Action (JCPOA), the nuclear deal between Iran on one side, and the US, UK, Russia, France, China and Germany on the other. With the US now diffident on continuing this agreement, uncertainty prevails about the future trajectory of even this significant breakthrough of recent times. The fundamental question now is: where do we go from here in reconciling the monopoly of nuclear weapons states of the “first nuclear age”, sanctified by NPT, and the realities of the new global realities that constitute the “second nuclear age”? A good starting point would be by revisiting the basic postulates of the NPT itself. An initial template of this process was the nuclear agreement signed between India and US in 2008 that recognised a hard reality — that while India was a de-facto nuclear weapons state committed to the tenets of non-proliferation, it had legitimate security concerns that couldn’t be brushed aside. The same can’t be said about Pakistan, North Korea and some other “second nuclear age” powers whose unfortunate track record of proliferation of technologies and weapons of mass destruction is now too well-documented to even be impeached. The A.Q. Khan “Nuclear Walmart” cooperation between Pakistan and North Korea in the trade of nuclear weapons and missile technology and more recently, the emerging evidence that a NWS ostensibly supplied the motors powering the North Korean missile project are some well-documented examples of this malfeasance.

All other legal regimes connected with the entire nuclear pantheon, be it the suppliers’ group or the missile control technology regime, must adjust themselves to the basic reality that no longer can the “second nuclear age” powers be forced to subscribe to the geo-political realities of 1968. India is a responsible nuclear power committed to the doctrine of No-First-Use despite serious provocations in our neighborhood. India continues to seek the abolition of all weapons of mass destruction; nuclear, biological, chemical and autonomous that are presumably still being incubated. While India is a realist and recognises the hard geopolitical realities, it still doesn’t wish to give up its idealism to achieve a world order free from the fear of nuclear weapons or weapons of mass destruction. Most of all, India has an impeccable track record on non-proliferation and has itself imposed a moratorium not to test now for close to two decades despite questions raised by some members of the scientific community about the validity of some aspects of the 1998 tests. A good starting point, therefore, of distinguishing between responsible and rogue nuclear powers of the “second nuclear age” would be that, in the 50th year of NPT and on the 20th anniversary of India’s nuclear tests, the P-5 or N-5 should offer India the full membership of the treaty as a “nuclear weapons state”.
http://www.deccanchronicle.com/opin...time-to-treat-india-as-a-n-weapons-state.html
You must log in or register to reply here.
Similar threads
state of the union
State of the Union
GDP of States & Union Territories for FY2012
State of the Union
Share:
Facebook Twitter Reddit WhatsApp Link