SajeevJino said:
Actually the airforce already have the system deployed along Easter borders or currently being deployed

Its now the Army who's asks for a more mobile QR SAM rather than Akash, thus they chosen SpyDer for them selves
Click to expand... 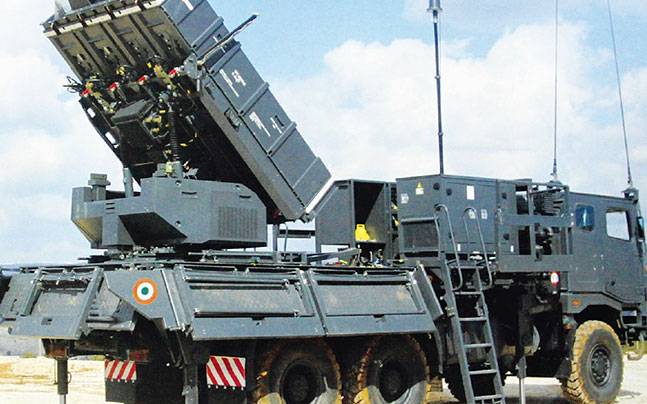 Highlights
The Indian Air Force will in the next few weeks finish weaving a security web with the Israeli SPYDER air defence missile system on the western borders in a bid to strengthen its preparedness to strike down any aerial threat from Pakistan.

The induction process was delayed by over three years due to the nonavailability of Czech-made Tatra trucks on which the missiles were to be carried.

"The SPYDER missile system is already in the process of deployment along the western borders where it will help in tackling any aircraft, cruise missile, surveillance plane or drone that tries to violate our airspace," senior defence sources told MAIL TODAY.

The SPYDER (Surface-to-air PYthon and DERby) is a low-level, quick reaction missile (LLQRM) to neutralise hostile targets up to 15 km away and at heights between 20 and 9,000 metres. The Python-5 is currently the most capable air-to-air missile (AAM) in Israel's inventory, while the Derby is an active radar homing AAM that provides the SPYDER missile system with a fireand-forget option.

"The IAF will use the SPYDER along with the made-in-India Akash surface-to-air missile which has a little longer effective range of 25 km as part of a layered approach to defend vital assets and locations in the country," the sources stated.

The SPYDER deal was completed by the IAF with Rafael and Israeli Aircraft Industries (IAI) in 2008 and supplies were to begin in three to four years. But the process got delayed due to the unavailability of the Tatra trucks, which got mired in a controversy over bribery allegations.

"Due to the lack of heavy specialised trucks, changes had to be made in the contract with the vendors and a made-in-India truck has been used for carrying the SPYDER system, which has been tested extensively resulting in delays," the sources said.

Both the SPYDER and Akash are all-weather missiles and the process to seek and engage an aggressive aircraft or missile is automatic. Besides aircraft and UAVs, they can also neutralise lowlevel cruise missiles.

The IAF has taken a slew of measures to strengthen its air defence capabilities in the recent past as it is also going to deploy another air defence system called the Medium Range Surface to Air Missile (MRSAM) system from Israel, which can strike down targets at 50-70km.

The force would receive a major boost when it starts getting the S-400 air defence missile system from Russia, which can take out targets at 400 km and can be very effective against enemy AWACS (Airborne Warning And Control System) and cruise missiles at great distances.

BHUBANESWAR: Amidst heightened tension along the border, India on Thursday successfully tested an Israeli air defence system from a test facility off Odisha coast paving the way for its early deployment in the armed forces. The Surface-to-air Python and Derby (Spyder) missile system was test fired from the launching complex-III of the Integrated Test Range (ITR) at Chandipur-on-sea against a UK-made unmanned aerial target.

The trial of short-range quick reaction weapon system was carried out for validating various parameters and checking its operational readiness. Defence sources said three rounds of the missile were fired at Banshee pilot-less target aircraft in three days.

“The tests were successful as the missile hit the target as coordinated,” said an official from New Delhi. Acquired from Israel, Spyder is basically a short-range air-to-air defence system and modified to be used as surface-to-air system. It is designed to strike an enemy aerial threat within a very short time.

The defence system comprises two missiles - Python and Derby, which with an active onboard radar makes the Spyder system more lethal. Both of the missiles are smokeless and it makes harder to detect them visually and the launch position. The state-of-the-art missile has a strike range of about 15 km in low altitude. It works on fire-and-forget principle. India has its own surface-to-air missile system Akash, which is an all-weather missile and has a strike range of 25 km.

“Both the missiles are on the process of deployment along the border. The active radar in both the systems helps to seek and engage an incoming aircraft or missile automatically. Besides aircraft and unmanned aerial vehicles, they can also destroy low-level cruise missiles,” the official added. Sources said along with Rafael, the Indian Air Force had made the Spyder deal with Israeli Aircraft Industries (IAI) in 2008.

Banshee is developed by UK-based aerospace and defence major Meggitt PLC, which in collaboration with Mumbai-based Sure Safety Solutions (SSS) has set up an unit at Gopalpur in Ganjam district for assembling of unmanned aerial targets.